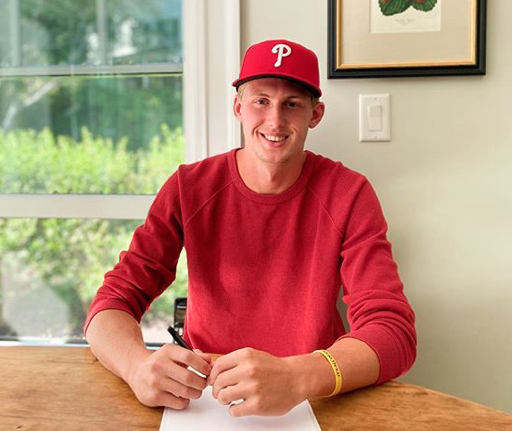 “It’s a huge milestone, a dream come true to finally sign a major league contract,” Jacobsak told me in an interview on Monday. “Obviously the draft didn’t go my way but Sunday morning I got a call at 9 a.m., [and we] got the deal done right away. It was just smooth and quick and I was super happy to be a Phillie.”

Jacobsak, a 6’5 starting pitcher, was having the best season of his career before the COVID-19 shutdown hit. He had posted a 3.65 ERA with opponents hitting .207 off him through his four starts. His team, the Huskies, were on a roll, finishing the shortened season at 10-5, which included a seven-game win streak. “It sucked…we were killing it, winning every weekend series,” Jacobsak said. “It stung. We were supposed to have a really good season.” 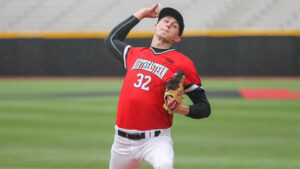 In terms of what Phillies fans can expect out of Jacobsak, he said “I’m an aggressive pitcher. I pound the zone a lot, throw four pitches for strikes. The game moves quickly when I’m out there.”

With the question of whether there will be Major League Baseball in 2020 still unanswered, it remains unclear whether Jacobsak will make his professional debut this season. “To be able to walk out, hear my name called…I can’t wait,” Jacobsak concluded.

Watch my full interview with Jacobsak and follow Double G Sports for updates.

What Would Shortened MLB Season Look Like For Yankees?
The Atlantic League of Professional Baseball Plans for Play