Eli Fishman sat down with the Pirates shortstop to discuss his experience in the Major Leagues.

Prior to the suspension of Spring Training and the postponement of the 2020 MLB season, I had the chance to talk with Pittsburgh Pirates shortstop Cole Tucker about his time in the big leagues, his outlook for the season, love for the game, and more.

Q: You were called up to the big leagues late April and spent the rest of the year with the Pirates. What did you take away from your first season in the MLB?

A: “A lot… You play that many games in a big-league uniform, you learn a lot, you experience a lot and you see a lot. I really just went into it with open eyes and open ears and tried to learn from some of the veteran players who had been around who could teach me a lot… All the struggles and adversity and positives that came out last year, I want to learn from that and take it into this year.”

Q: You’re one of those guys in the MLB who’s so active on social media, in the community, and really make a big impact on Pittsburgh and baseball. What does it mean to you to be the face of the Pirates and baseball in general?

A: “Thanks for noticing and acknowledging that. It’s really cool. I always say as baseball players we have a really cool platform. Kids and adults alike look up to us which is a crazy thing just because we play a sport. It’s a huge responsibility to get out and do good and to be a good face for the organization, for the city and for the people that you represent. I don’t take that lightly and it’s something that I enjoy doing, I enjoy being that guy and as long as I’m playing I will always be out doing good in the community.”

Q: How has camp been so far and how are you feeling heading into 2020?

A: “Camps been going really good so far. Everyones rolling and healthy and having a good time, so anytime you have those things you’re in a good spot. I feel really good…I’m just trying to go out and put one foot in front of the other and continue to play well and continue to play hard, make a difference and make an impact every time I’m in the lineup.”

Q: What did you do over the offseason? Where’d you train? Did you work on anything in specific?

A: “In the offseason I traveled a little bit, when I got home I went to Europe for a couple of weeks with some buddies and just kind of decompressed… Then I came back to spend the holidays with my family. I worked out at Fischer Sports Institute out in Arizona in Phoenix with a lot of other pro guys. Just your standard strength and conditioning, agility and speed stuff. Then on the field, I really just tried to buckle down on my swing and start planning out my approach for the year, and always taking ground balls so I’m ready to go.”

Q: It’s your first spring after your rookie season. What transitions have you had to make this Spring Training with a new coach and for you as a definitive MLB player?

A: “Anytime you bring in as many new people as we did, there’s going to be a lot of change and a lot of newness. And that’s exciting because as ballplayers we don’t often get to make a first impression again because your stats are out there, your videos are out there, everyone’s seen you. When we bring in a new staff… you really are being seen by new people for the first time so that’s rare in the game… It’s been cool to meet new people and just show up and go about your business the way you always do but still meet people and impress people along the way.”

Q: Coming into 2020 what are some goals for yourself and things you want to accomplish?

A: “I want to be healthy and I think I could be a pretty good everyday big-league shortstop so I want to establish myself as that whenever that time comes and just continue to make an impact on my teammates and in the clubhouse and end up winning some ball games. I’m just seeking improvement from last year.” 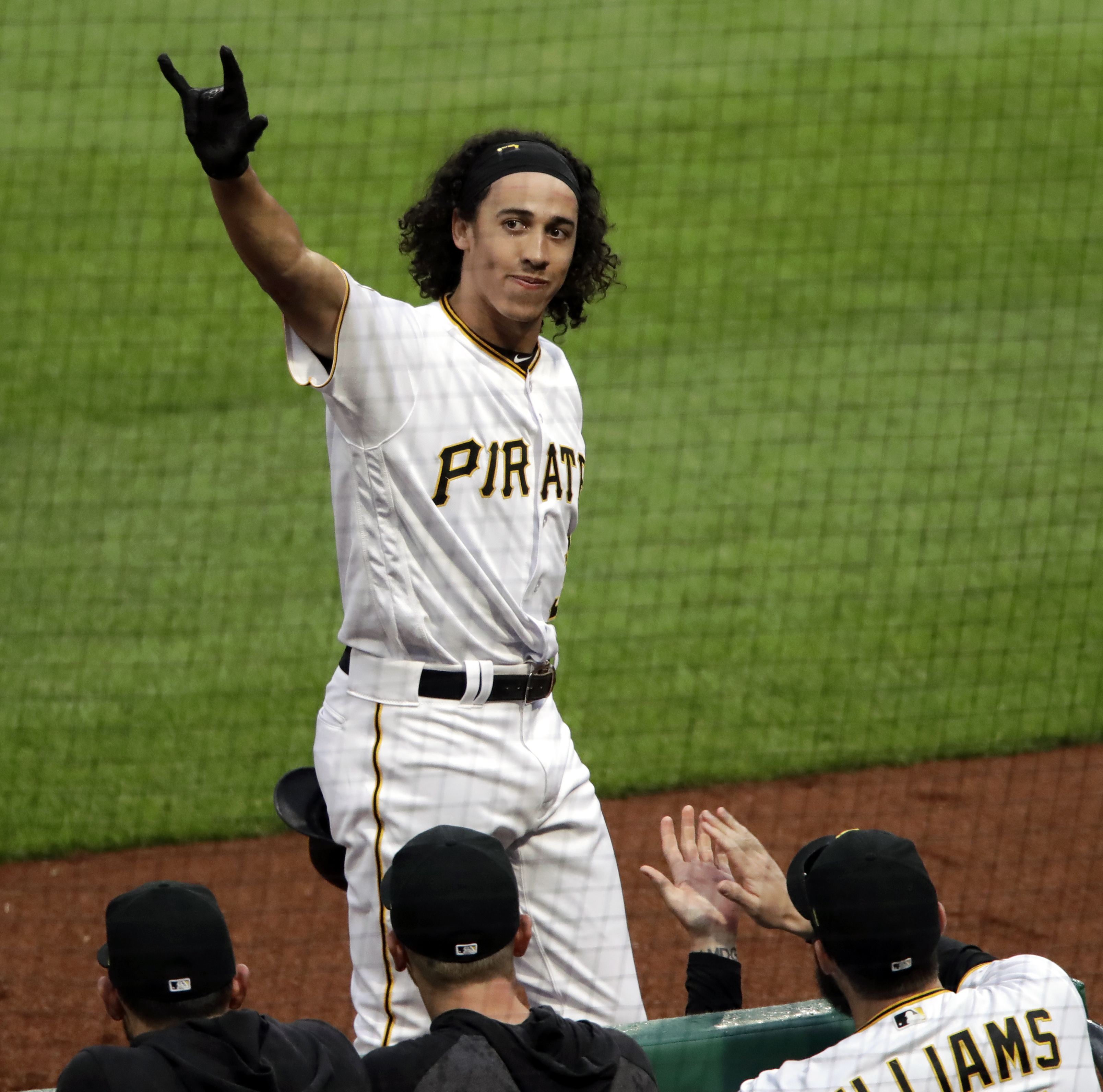 Q: The Pirates drafted you, brought you up and have given you the opportunity to be an MLB shortstop. How thankful are you to them for that?

A: “They took a huge chance on me as a skinny long-haired high school kid. I probably looked more like a skater kid than shortstop. … I’m forever indebted to them… they have always given me a chance to grow as a person and grow on the field so I’m very thankful for the Pittsburgh Pirates.”

A: “I think my favorite part of being a big leaguer is how it’s affected my family. My parents, both my brothers, my grandparents did so much for me growing up to get me to this position. For them to just sit back, enjoy the ride and experience it with me has been the coolest part I would say. “