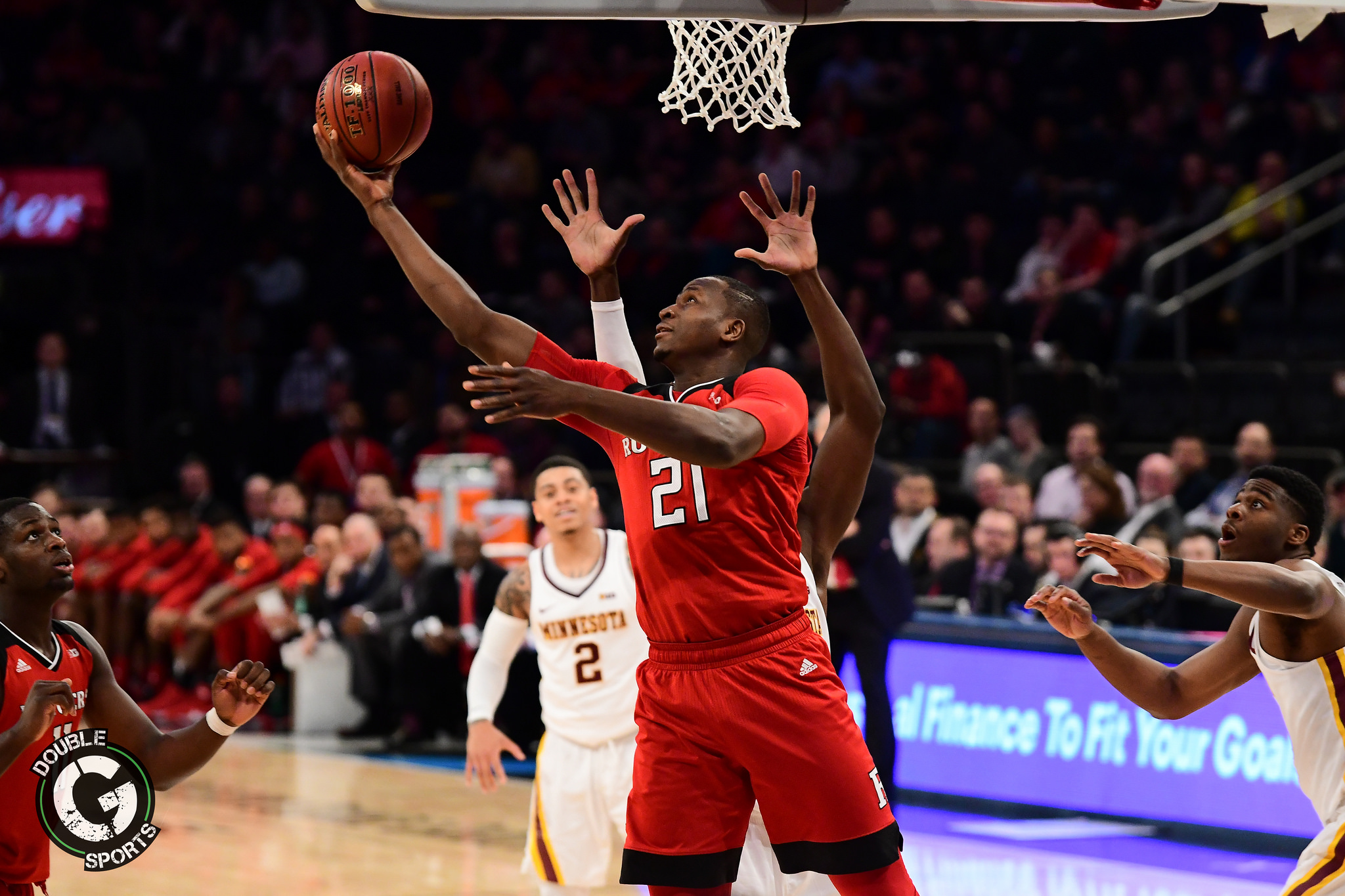 In life, for you to get respect you must go out and earn it. After a memorable Big 10 Tournament representation, Rutgers showed they belong in the Big 10.

The Scarlet Knights showed how far the infusion of hard-hat culture can carry a downtrodden program, pushing eighth-ranked Purdue to the brink before falling 82-75 in Friday’s Big Ten Tournament quarterfinals.

“We just showed the world that Rutgers is no longer the punching bag everyone wants to play,” senior guard Mike Williams said. “We’re going to fight.”

Purdue showed why it has been ranked among the nation’s top 15 teams throughout the season, throttling Rutgers in the waning minutes behind the heroics of Carsen Edwards and Vincent Edwards, who each scored 26 points.

For Rutgers — which was led by a 25-point effort by Geo Baker and a 23-point performance by Corey Sanders — the second season of the Steve Pikiell era ended at 15-19.

“I hate this day to put the uniform up, I love basketball, but we played a heck of a team,” Pikiell said. “That team is experienced, and talented, and I’m proud of our guys how we fought for three days. I’m just disappointed that we couldn’t get a few more days at Madison Square Garden.”

the Scarlet Knights jumped out to a 13-5 lead and took a 38-35 advantage into the half.

Purdue countered after the break, ripping off an 11-0 run to take an eight-point lead. But the Scarlet Knights kept coming thanks to relentless work on the boards. They went plus-11 on the offensive glass and posted a remarkable 20-2 edge in second-chance points.

To its credit, Purdue stuck a couple of long threes down the stretch, however a few very questionable calls really did in Rutgers at the end.

The Big Ten Tournament came to New York because of relative newcomer Rutgers, as the league seeks to expand its east coast exposure. The Scarlet Knights responded by knocking off Minnesota on Wednesday and coming back from a 16-point deficit to topple Indiana on Thursday.

Rutgers will eventually be a powerhouse in the Big Ten conference. This week might have accelerated that. Prospects and future recruits may credit this Big Ten Tournament performance as the springboard this program has desperately needed.