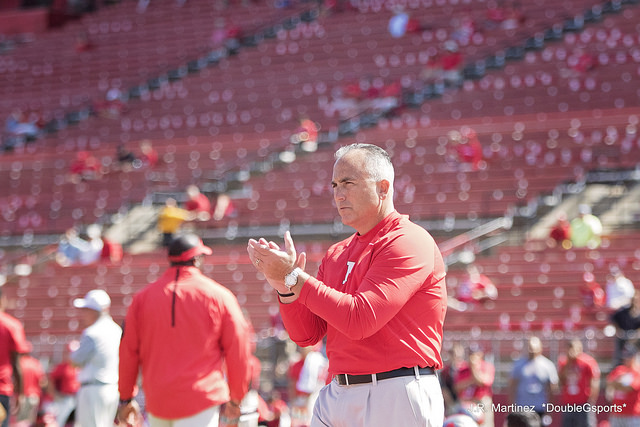 When questions were asked post game to head coach Kyle Flood after his Rutgers Scarlet Knights defeated the Norfolk State Spartans 63-13 about the arrests of the five dismissed players this past week, he didn’t say much as he redirected questions to authorities saying “it’s an ongoing investigation”. 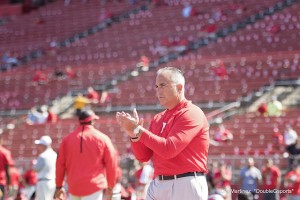 Stemming from an April 25 assault that resulted in a broken jaw of a Rutgers student, and the arrests and charges of now seven former players (adding in Daryl Stephenson and Tejay Johnson), NJ.com reported that the incident was captured on video. In addition, “investigators arrived at the Hale Center Football Training Facility on Aug. 28 where, according to the source, they confiscated cellular phones from an unknown number of team members. According to the source, investigators obtained a court-approved order to seize the phones prior to arriving at the facility. None of the players (were) questioned at the time, the sources said.”

It is unclear what coaches were around.

Of the five that were on the team this season that were arrested Thursday (Nadir Barnwell, Ruhaan Peele, Delon Stephenson, Razohn Gross, and Dre Boggs), Flood expressed regret reinstating Peele when asked. “Yeah,” Flood said. “…I would say that I do.” Peele was also connected to charges last summer that were eventually dropped.

Boggs is also connected to a home invasion charge. Furthurmore, Barnwell also has multiple run-ins with the law where he was arrested back in 2013 for DWI.

President Robert Barchi released a statement Friday saying the actions of the individuals were “deeply troubling”.

As the press conference dove deeper getting into the emotional side of seeing his players getting arrested for crimes of this nature, Flood let his heart out.

“It’s unacceptable what those players did. But I’m going to tell you, there’s a lot of players down in that locker room right now that you’re going to get an opportunity to speak with that are really — that I’m really proud of and that I’m proud to have on this football team.”

Flood who is also under investigation on whether he contacted a professor of Barnwell’s regarding his grades and academic situation, says that each investigation and the arrests of the players don’t change the perception of the family oriented program.

There has been callings of Flood should be fired because of the negativity surrounding the program where they questioned if he is the right man to the lead the team. However, the same players that Flood is proud of stand by the fourth-year head coach, including senior captains Darius Hamilton and Leonte Carroo. 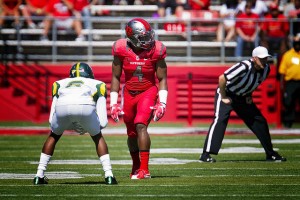 “I stand by him 100 percent,” Hamilton said. “He’s a great guy, he loves us to death, and we love him back, and I couldn’t ask for a better coach.”

A win definitely helped on Saturday too.