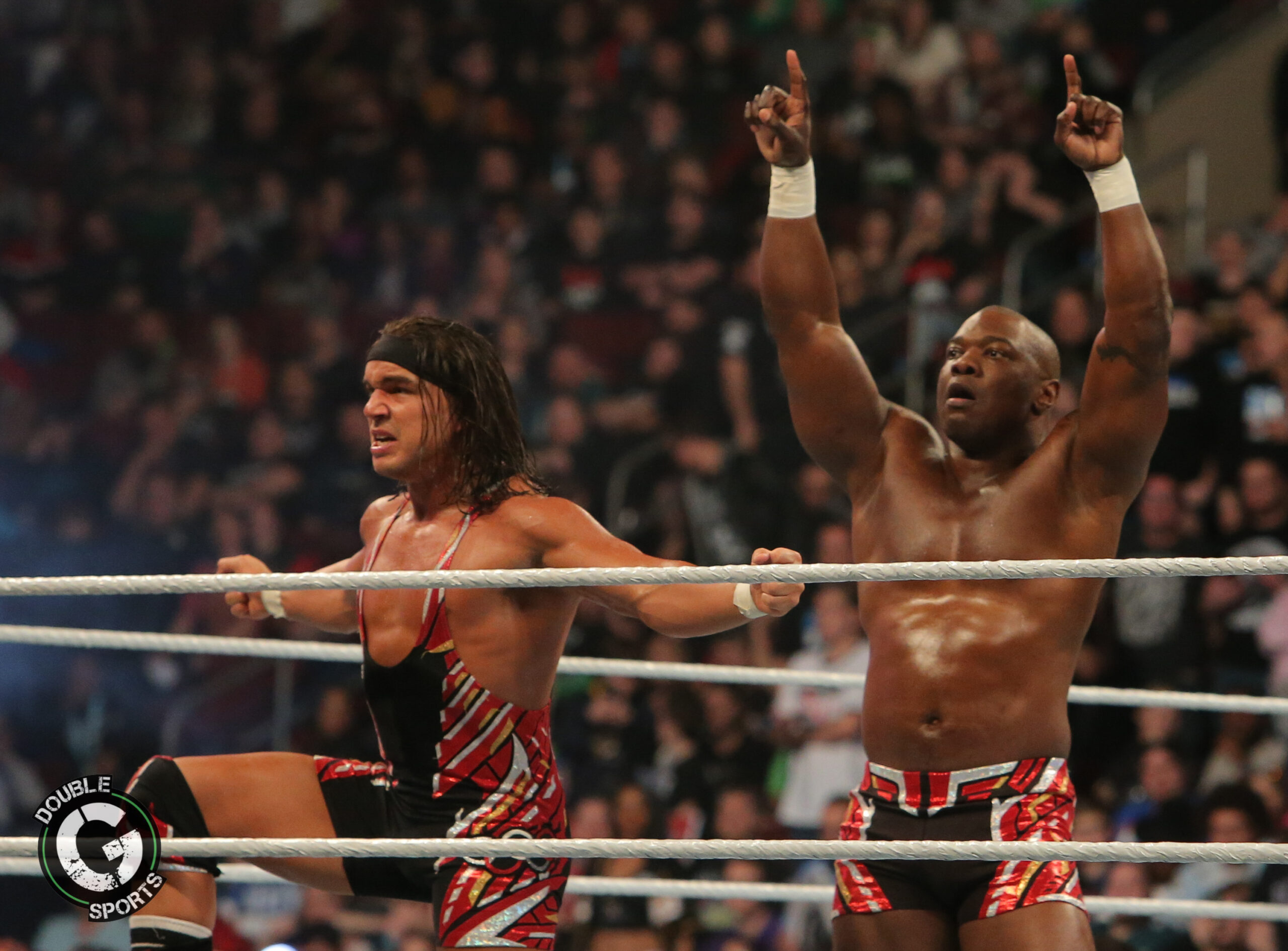 Shaquille O’Neal Wants in at All Elite Wrestling

Shaquille O’Neal wants a chance at wrestling in All Elite Wrestling’s squared circle with Cody Rhodes.

According to Pro Wrestling Sheet, the Hall of Famer told the Athletic that his newly-signed multi-year extension deal with TurnerSports allegedly involves AEW to some degree, currently in the “embryonic stages at best.” As far as Shaq is concerned, it appears he has hopes that his deal includes wrestling AEW’s inaugural AEW TNT Champion, stating, “I’d love to fight Cody. Write it. Print it. Text it to him. Call AEW up and tell them.”

A WarnerMedia press release also teased an AEW appearance from Shaquille O’Neal stating, “Could Shaq return to the ring, making a cameo at a future All Elite Wrestling (AEW) event on TNT? We shall see… .”

O’Neal’s storied relationship with wrestling dates back to hosting WWE’s “Monday Night Raw” in 2009 and entering in the 3rd annual Andre the Giant Memorial Battle Royal at Wrestlemania 32 in 2016. The four-time NBA champion and 15-time NBA All-Star has a slew of creative and entertainment projects on his plate, including his studio analyst role for TNT’s “Inside the NBA” and “NBA on TNT” and future DJ appearances on CNN’s “New Year’s Eve Live” show as DJ Diesel.

Should Shaq attack AEW, he would not be the first athlete outside of wrestling to do so. Boxing legend Mike Tyson made an exciting arrival during All Elite Wrestling’s “Double or Nothing” pay-per-view event in May of 2020. AEW’s Chris Jericho stated on the 20th episode of his “Saturday Night Special” podcast stream that the wrestling promotion is still in talks with Tyson for potential future appearances.