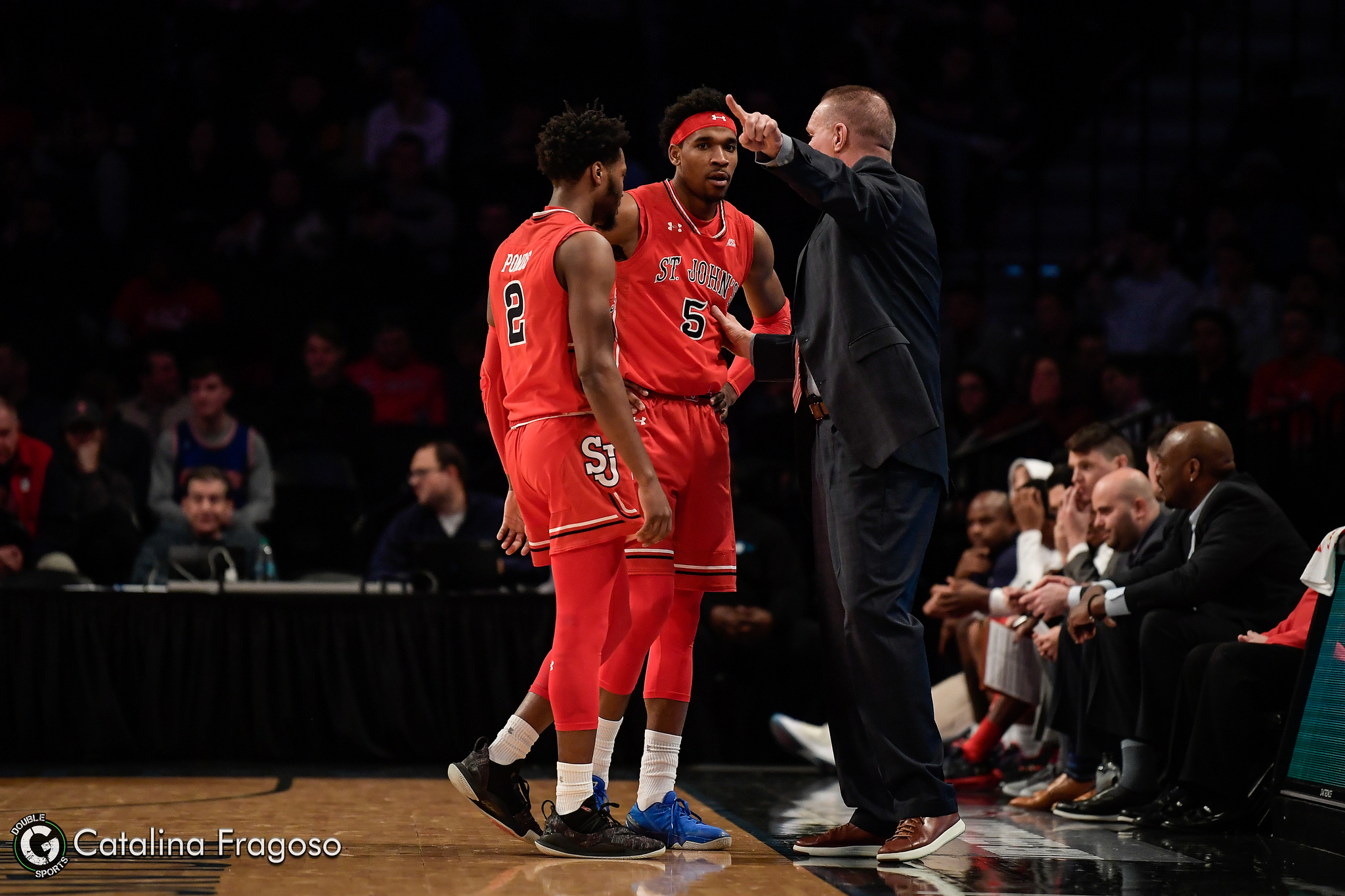 On Saturday, the St. John’s Red Storm hosted the Providence Friars at Madison Square Garden. Old rivals, the anticipation was that this game would be a thriller to the end. However, drawing near the end of the second half, it became apparent to everyone in MSG that the Friars were taking this one.  The final score was 70 to 56, with St. John’s falling to the Friars in a season low in terms of scoring. So, what happened here?

The story of the first half was one of disappointment. Both teams struggled to get shots to fall early on, going through an almost four-minute scoring stalemate. Shots eventually began to fall, but the ones that didn’t fell right into the hands of the Friars.  Though the two teams kept it close in terms of scoring, Providence owned the boards, grabbing 23 as opposed to St. John’s ten. However, the Friars only managed to secure a two-point lead against the Red Storm by the end of the first, 31 to 29. Yet, it was almost a completely different story in the second half.

Coming out of half time, the Friars came with an intensity that the Red Storm couldn’t match. Though St. John’s was able to get some good energy out of Marvin Clark II early and freshman Josh Roberts early in the second half, the team struggled to stay aggressive down the stretch. It became more and more apparent that the Red Storm would not be able to stick around. Eventually, even Shamorie Ponds started to settle for bad shots, with the rest of the team following close behind. With perimeter defense deterring, on top of everything else, Providence managed to pull away and secure a victory. While it may seem easy to point at just one thing, there are a variety of factors that contributed to the Redstorm’s loss.

St. John’s took on Providence without the help of Mustapha Heron. The young guard was out with what Coach Chris Mullin described as knee soreness. At the time of post-game interview, there was no time table for Heron’s return, but the team could use him. Heron has garnished a reputation as a scorer, averaging 16.4 points per game. With the team hitting a season low of 56, Heron’s scoring may have been able to make the difference in the game. Without it, in spite of the 20 point performance by Ponds, and the 14 point performance by LJ Figueroa, Heron’s scoring was surely missed.

The Battle of the Boards

The Redstorm ended the game with only 23 rebounds. The Friars, led by Alpha Diallo in that regard, ended the game with 43 rebounds. Diallo had 15 of those by himself. The high difference allowed the Friars to have a plethora of second and even third chance scoring opportunities.  While Marvin Clark II tried to get his team going in that regarding, single handedly pulling down eight rebounds, the team’s output was insufficient. Clark even admitted that the game was lost because of St. John’s lack of rebounding. St. John’s struggled to box out and secure rebounds, which made the loss that much more inevitable.

As mentioned earlier, the Friars only held a two point lead at the end of the first half. However, they came out of half time with an unbridled intensity that Providence Coach Ed Cooley and his players described as “playing with joy.” Cooley added that the inspiration for that phrase was given to him by talking to his son and instructing his players to play free. That’s exactly what they did. The Friars hit their stride in the second half in a way that St. John’s simply couldn’t match. It seemed as though St. John’s took their foot of the gas, allowing the Friars to drive home a victory.

St. John’s faces off against Butler on Tuesday, giving them enough time to find themselves. Coach Mullin would do well to rally his guys back after the loss they just had. Obviously, playing without Heron was an adjustment the team needed to make. However, when you’re unable to give the same output or energy as the other team, there are simply no excuses. The fans demand more, and the Red Storm need to give more.