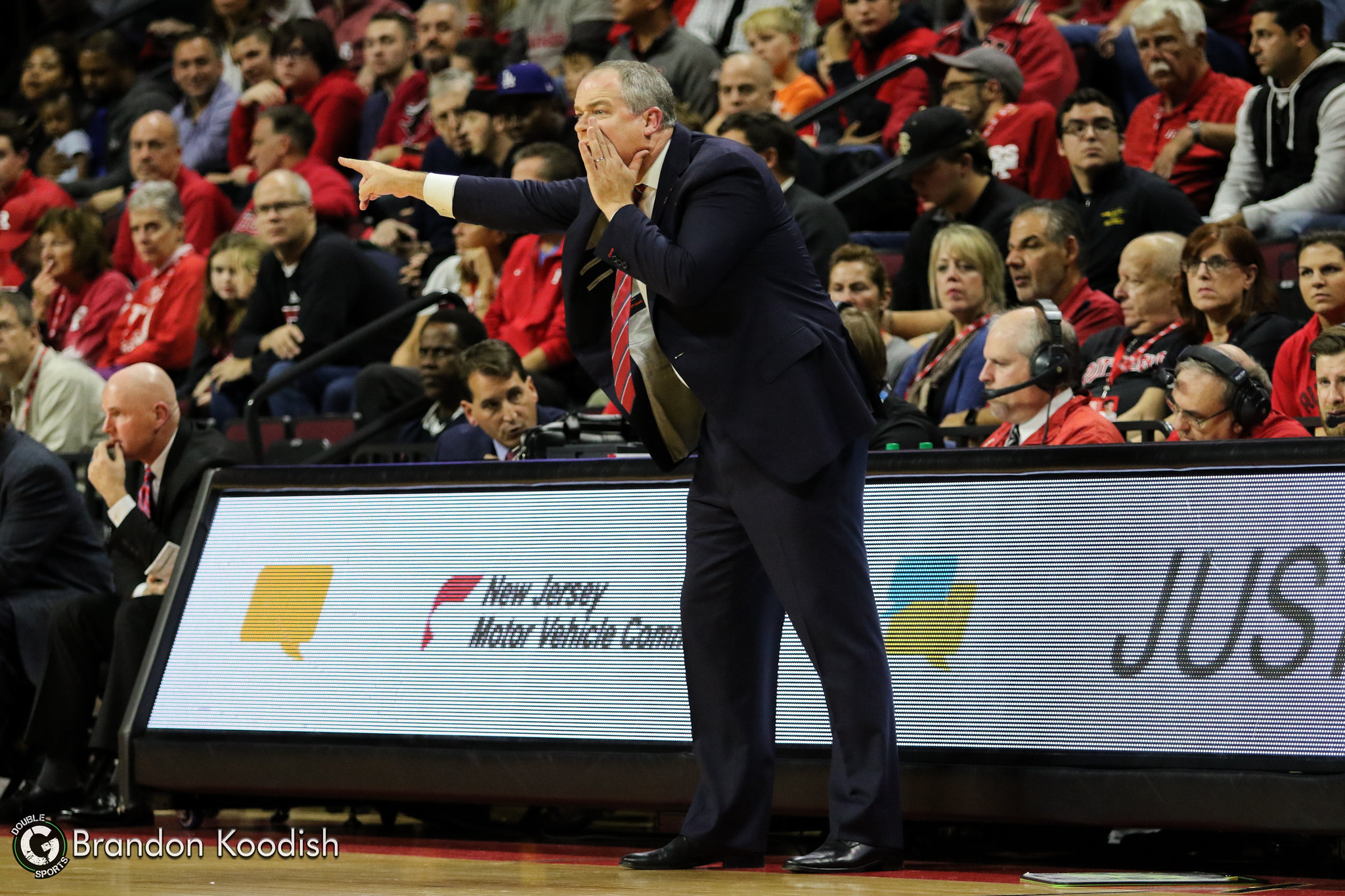 Mental fortitude is often overlooked in the athleticism-dominated talent pool of Division 1 college sports. But for the Rutgers men’s basketball team, it might have been the trait most central to a 77-73 overtime victory over Northwestern at the RAC on Sunday night.

Mental fortitude is often overlooked in the athleticism-dominated talent pool of Division 1 college sports. But for the Rutgers men’s basketball team, it might have been the trait most essential in a 77-73 overtime victory over Northwestern at the RAC on Sunday night.

The Scarlet Knights (17-7) (8-5) battled through the mounting stress of a possible season-dismantling embarrassment for over 38 minutes. They trailed by as many as 18 points to a last-place Wildcat team in the second half.

But, the stress let Rutgers shine.

They flashed a resolve that is rare among young teams, rallying late to earn the program’s largest comeback since 1996, and clinch its first winning season since 2006. For head coach Steve Pikiell, the mental fortitude that anchored his team’s bold comeback effort, was built like all other winning habits — through preparation.

According to sophomore guard Caleb McConnell, one of Pikiell’s methods to preparing that mental fortitude in the days leading up to the game, was to ignore media content surrounding the team.

“[Pikiell] wants us to put the phone down,” McConnell said. “He doesn’t want us to get focused into the media and worry about all the bad things they say and even good things they say about us, just stay focused on the season and know our goals.”

In a season rich with highs, Pikiell and his team trudged into Sunday’s game off of a week of maybe the worst press that any Big Ten team has faced this season. The loss of a national ranking and the DWI-induced suspension of junior guard Jacob Young, was sandwiched between two crushing conference road losses — all in a four-day span.

Then, the next four days of practice coincided with four days of the type of media coverage that comes after those types of setbacks. According to sophomore guard Ron Harper, Pikiell even went so far as to call the content surrounding his team “a bad drug.”

Pikiell preaches a defensive-minded practice philosophy, and not to worry about shots. According to him, the media amplifies a concern on shooting that only hinders his team’s ability to make field goals.

“Everyone else worries about shots going in. I never do,” Pikiell said. “When you’re thinking about shots, you’re not making shots … The more they read their phones, the more that’s all anyone talks about. Play defense, play hard, don’t worry about it and stay the course.”

At the heart of the Knights’ comeback on Sunday, was the employment of Pikiell’s philosophy on fixing shots by — who else? — the captain. Junior guard Geo Baker was closing in on five straight halves of a 1-17 stretch from the field, before sinking his first basket of the game in the closing seconds that preceded halftime.

The shot foreshadowed one of Baker’s finest halves ever as a collegiate player. He hit the game-tying three pointer just ahead of the one minute mark, and on Rutgers’ final two possessions of the game, he took it to the rim, twice extending the lead to four to seal a season-saving win. He finished the game with 25 points, 23 of them coming in the second half and overtime.

According to Jerry Carino of the Asbury Park Press, Baker’s absence at the post-game press conference was due to a back pain that he played through in the home stretch. If he did in fact finish the game the way he did through pain, then it only testifies even further to the mental fortitude that was on display at the RAC on Sunday night.

Back pain wasn’t enough to stop Baker’s heroics, as he buried the scrutiny of a dismal five-half stretch. However, the game could have ended very differently if he was able to access Twitter when the Knights were down by 18.