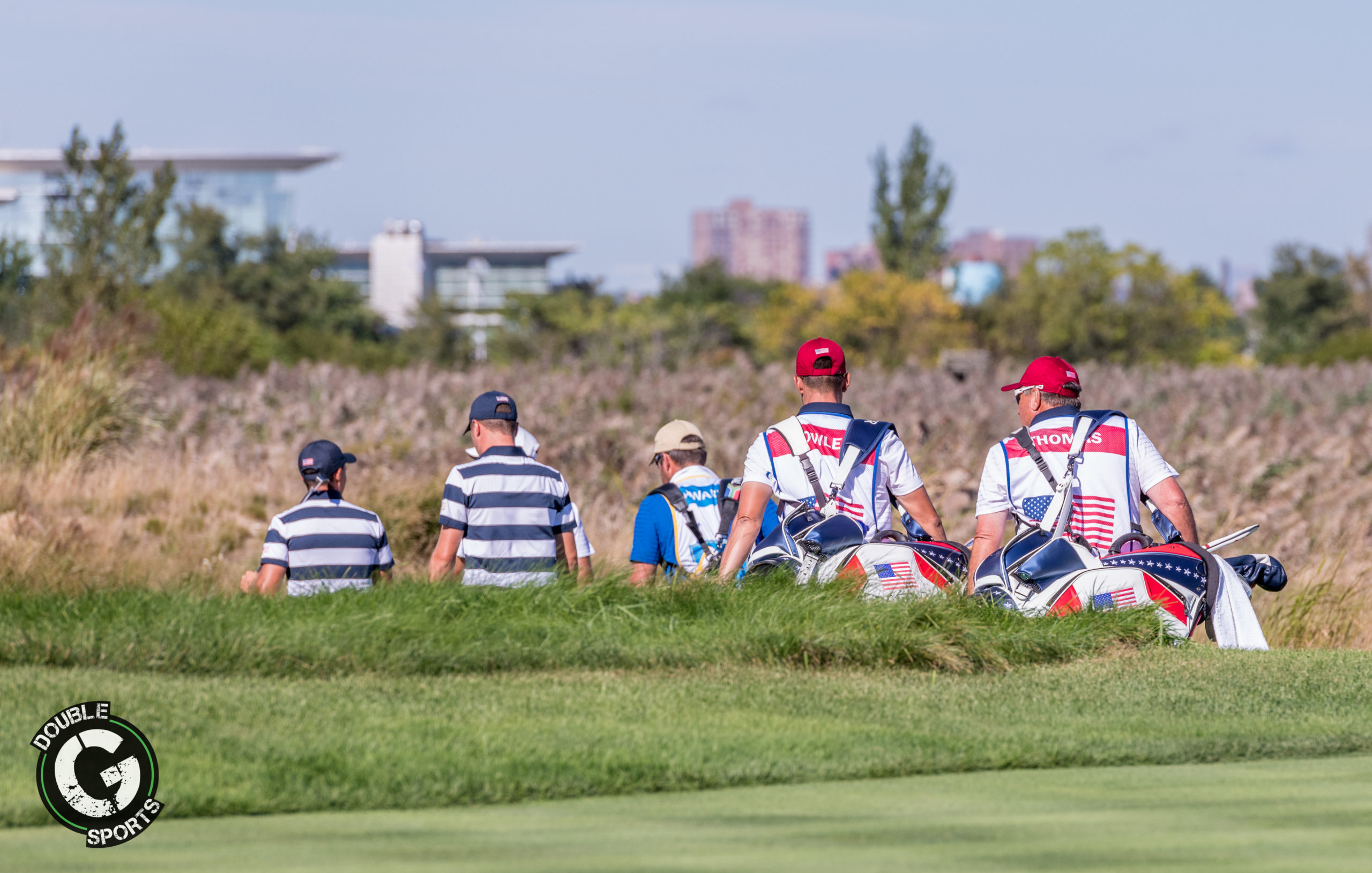 The time reads 7:30 pm ET on Sunday night. The final round of the PGA Championship at Harding Park is heading towards the final stretch of the back 9, and seven, yes seven, golfers are jammed at the top of the leaderboard.

There's currently a 7-way tie on the back nine of the PGA Championship on Sunday.

Doesn't get much better.

One of the golfers jostling for sole leadership of first place is Paul Casey, an Englishman who is playing in his 64th major since 2002 and is still searching for his first major win. Next, we find Dustin Johnson, a seasoned vet who came into the final round with a one-stroke lead and is sitting atop the leader board ready to go in for the kill. And then there is Collin Morikawa, the 23-year-old prodigy out of Cal Berkley who is looking to shock the world.

Dustin Johnson with his EIGHTH birdie of the day.

He now sits atop the leaderboard at the PGA Championship. pic.twitter.com/gOA0ucu1Gu

After hitting a solid approach shot on the 14th hole, Morikawa finds himself with a makeable up and down from the cut to save par. However, Morikawa sees an opportunity to take the outright lead and DRILLS a chip in give him sole possession of first place at -11.

Casey answers back with a birdie putt on 16. We now have a two-way tie for first place with 3 holes of golf left to be played.

Morikawa sees an opportunity to take a big chance on the 16th hole.

Due to the pin location being relatively high, along with the yardage of the hole being short for a par-4 (336 yards), Morikawa decides that he is going to take a shot at driving it onto the green in one. However, this is a very risky decision, as a miss could lead to high numbers.

The 23-year-old struck his drive, which carried roughly 270 yards, bounced onto the green and rolled perfectly, setting Morikawa up with a 7-foot eagle putt. I have been watching championship golf for over 20 years and that is easily one of, if not the most impressive shot I have ever seen. For a kid, and yes Collin is still a kid in many ways, to make that shot at that moment, is truly magnificent and in an instant that will be remembered for as long as we live.

As the leader in a major with all the pressure, Collin Morikawa dials up this drive? Unreal. pic.twitter.com/dy7VUdCwAc

BANG! Morikawa drains the 7-foot eagle putt on 16 to give him a two-stroke lead on the field and essentially, lock up the major championship.

He leads the PGA TOUR in eagles made this season.

After hitting par on the 17th hole and hitting a beautiful approach on the 18th fairway, Morikawa walks his way up to the final green, knowing the tournament is all but over. At 23 years old, Morikawa joins Jack Nicklaus, Rory Mcllroy and Tiger Woods as the youngest player to ever win a PGA Championship.

The Los Angeles native also becomes the youngest player ever to break 65 during the final round of a major, shooting a 64 on Sunday afternoon.

"The California kid is the new star in the game of golf!"@Collin_Morikawa is the winner of the 2020 PGA Championship. pic.twitter.com/KyCXV8cvyG

Morikawa is joined by broadcaster Jim Nantz and PGA Golfers Associations of America’s president, Suzy Whaley for the presentation of  The Wanamaker Trophy. As Morikawa lifts the trophy in celebration, the lid of the cup-shaped award falls off making for one of the all-time great live television moments.

Collin Morikawa found out the Wanamaker Trophy is not one piece the hard way pic.twitter.com/l086nB8DOR

In conclusion, the final round of the 2020 PGA Championship taught us two things.

One, golf majors need their fans, as Morikawa’s drive on 16 would have created one of the biggest roars of all time.

We also learned that Collin Morikawa, the man who has only missed the cut ONCE during his first 27 professional tournaments IS the future of golf. We were all witnessed to his greatness and the crazy thing is, he’s not even begun to put his foot on the throttle.