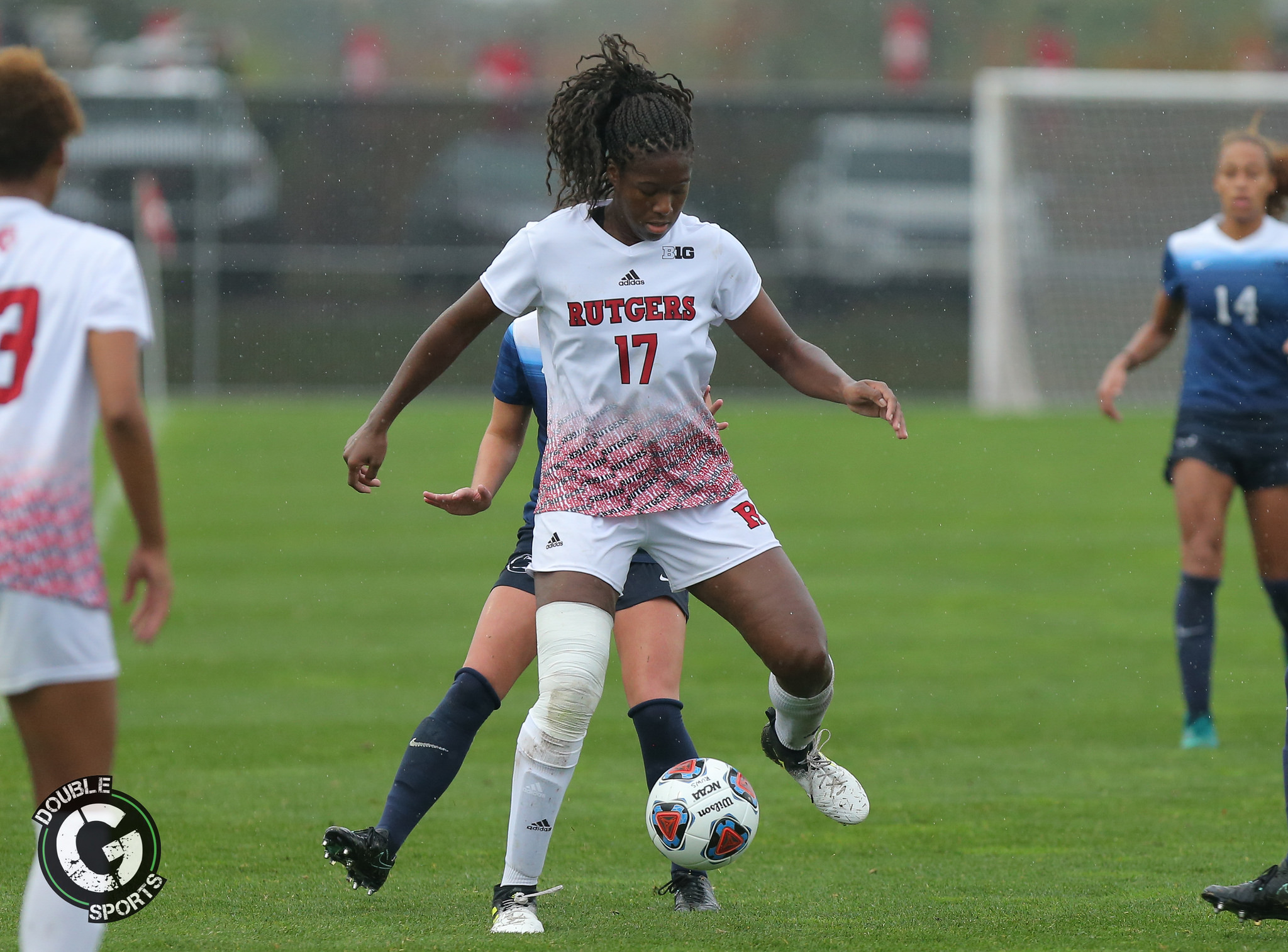 Sophomore forward Ali claims the spot of Big Ten Offensive Player of the Week for the second time in her playing career after registering back-to-back golden goals that secured two victories for the Scarlet Knights.

Ali’s goal against Northwestern marked only the seventh time they had allowed a goal in all season, which lead Rutgers to its first ranked victory of the season. To top off the weekend, she scored fifth game winner of the year against Illinois.

The Rutgers forward has a league-leading record of 10 goals this season, four of which were netted in overtime.

Senior back Madison Pogarch was named this week’s Defensive Player of the Week. Pogarch contributed to Rutgers two overtime wins this weekend by leading the defense for every minute of both overtimes.

The transfer from Hartland, Michigan helped limit Illinois to just four shots across the 98-minute match, including single shots in the first and second half and only two shots on goal. This secured Pogarch’s debut on the Big Ten weekly honors.

Freshman goalkeeper Megan McClelland was awarded Goalkeeper of the Week for the second week in a row after a weekend of overtime-shutouts.

Against Northwestern, McClelland racked up five saves for the second straight game to end in a shutout. McClelland acquired two saves in her second shutout of the weekend against Illinois, making a notable and efficient block in the first overtime period. Her performance extended RU’s dominance at home to 3-0-1 in league matches.