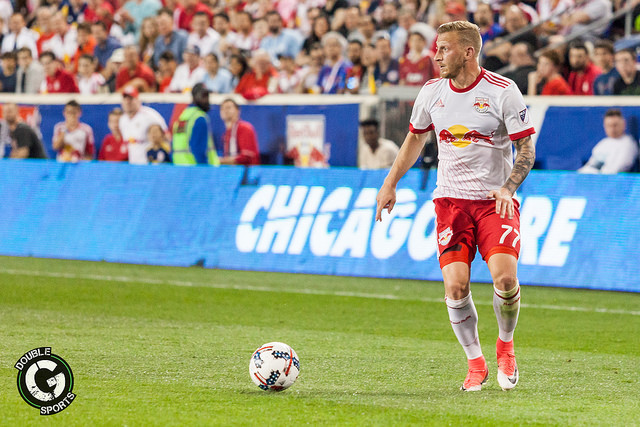 On Saturday night in Chester the Philadelphia Union and New York Red Bulls will both limp onto the field. Although the Red Bulls took nine of nine points from a home-stand, they were thoroughly outplayed mid-week in Kansas City. The Union, while getting a positive result on the road last weekend against the Galaxy, are still winless in the last 252 days.

As you can see, one limp is worse than the other. The last time the Red Bulls won a game was last Saturday. The last time the Union won a game, the 2016 Summer Olympics were happening in Rio. The US and China hadn’t joined the Paris global climate agreement, Barack Obama was still President, Sausage Party and Suicide Squad were the box office hits that week. It’s borderline madness to go on so long without winning a single game!

And yet here we are in May of 2017, and Jim Curtin will lead out his men to do battle with a bitter and objectively better New York Red Bull team. That’s not to say this game is a wash and a hopeless cause – quite the contrary. The Union have looked promising as of late, after going up three goals against Montreal that finished with a deflating tie, they also shutout and tied a (formally) good LA Galaxy side. On paper the case can be made that the Union only have two or three positions in which they are better, but classic MLS history shows countless bamboozles and evidence of parity. This is a classic MLS good vs bad that ends with the Union walking away as victors. The Red Bulls will bring a rested side after starting their youngest lineup of the season on Wednesday in Kansas City.

The biggest matchups this Saturday will be how the Union backline trot out. If Jack Elliot continues to start it will be his third big test in as many games after facing David Villa, Gio Dos Santos, and Bradley Wright-Phillips all in a row. Trial by fire indeed. Everyone knows the deadly firepower that Klejstan and BWP bring, but it’s going to be Royer, Muyl, and Veron who add the utility on the wings.

The Union have to take a chance and force the play down wing after they win a turnover. The Red Bulls are notorious for pushing their fullbacks high up the pitch, and it will leave space for Pontius and whoever starts on the opposite side. CJ Sapong will have to battle it out with the surprisingly capable center back Aaron Long. I don’t think the Union will be as lucky as Sporting KC to face Sal Zizzo at center back this game.

With all of the analysis done, the forecast on Saturday is calling for rain. Rain, rivalry, and two teams that want the ball could make for a sloppy and hard-fought game. I truly feel like this is a coin flip in every way even with the recent forms of both teams, but a tie in a situation like this is highly unlikely. Tune in to your local broadcast and follow the action at 7pm EST Saturday night in Chester.