Women In Sports: Alice Balashova Is Out To Prove Women Can Dominate In Esports

When it comes to Esports, women are becoming a growing force behind the sport. Women make up 30 percent of all Esports players. One of the women leading the charge for the uprising of women in Esports is Alice Balashova.

Alice is the content creation director for the Rutgers Esports. She wears many hats for Rutgers, but her love for gaming is her true calling at Rutgers. We recently sat down with Alice to talk about all things in gaming. 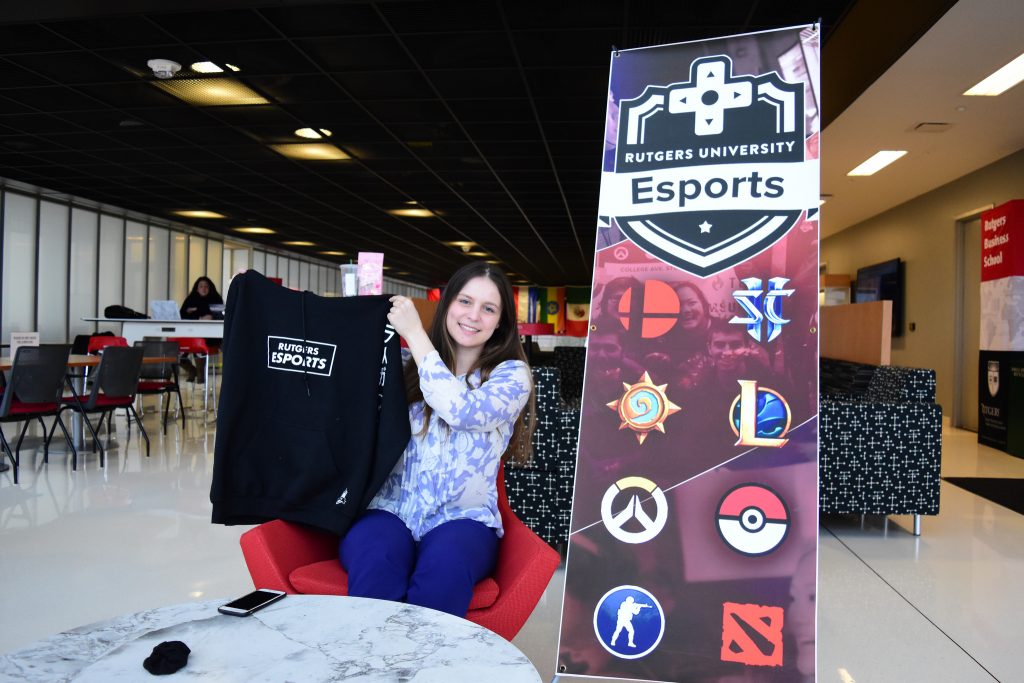 When did you first begin playing video games?

I grew up in New York, but I’m originally from Russia. I’m currently a senior at Rutgers.

When I was 11, I began playing video games. video games helped me express myself. First game I fell in love with was World of Warcraft.

How Did You Become President of the League of Legends Club at Rutgers?

Once I got to college, I wanted to express how much I loved games like League of Legends and World of Warcraft and be competitive. I became great friends with the League of Legends club. I ended up being so passionate about the club, I took over the presidency and I’ve been in that position for the last three years.

I join the Esports club because I wanted to give back to the community. At first, it was a challenge cause I was only into a certain type of games, but now I’m well diverse player. I play MMOs and first player shooters.

How do you feel about females in Esports? Are they well represented?

I struggled with it when I first joined. It’s still pretty much a male-dominated field. It was very disrespectful in the begging, to the point where I had to make a dummy gamer account, just so male gamers would take me seriously. It shouldn’t have to come down to that cause at the end of the day, we all want to win, we all want to have an enjoyable gamer experience.

How representative is the Esports Community at Rutgers?

We are one of the biggest communities on the east coast. Our separate clubs come together as Esports to showcase what each game is supposed to be like. The respect from the outside is growing, especially about female gamers. Considering that Rutgers doesn’t actively promote us, we do a great job getting our message across.

What Exactly Is Esports?

Any game falls under the Esports umbrella. Esports stands for  Electronic sports, so any game that competitive aspects to it, like sports games, fighting games, shooters, etc. So you can see, Esport is just as competitive as real sports. Teamwork and winning are the end goal.

Any Esports events we should be on the lookout for at Rutgers?

This semester we stream three major events. The Spring social that just past. We have the “It’s just a game” event. It’s a 24-hour charity stream event that we would hold on campus. All of us would rotate and play numerous games for a few hours each. Whatever donations we make, we would pick a charity to donate usually a gaming charity for kids. Our last event of the year, which will be our largest is the Scarlet Classic 5.

How do you guys raise money for the Esports Club?

We raise money in various ways. I personally designed a series of Rutgers Esport shirts and hoodies that have done very well.  Just this year, I’ve sold over 300 hoodies and all proceeds go right back into the program. I will have a new collection ready to launch in time for the Scarlet Classic 5 in April.

How do you feel about the phenomenon known as Fortnite?

I don’t like the hype of Fortnite. it’s a good game but it’s overly hyped. If you never played the game before, it’s almost impossible to get in the game. Too many dances, too many skins, etc. I played a couple of games with my friends and I was immediately not impressed with the game.

What is your top 5 video games of all time?

League of Legends, Apex, Mablestars, World of Warcraft, and Spiral. Definitely some of my favorite games of all time.

What is one thing you want females who are interesting in Esports to know?

Women can do it all. Don’t let a junk online steer you away from playing.  A lot of the Esports and gaming communities are very diverse now and are open to female gamers.

Since your graduating soon, where would you like to see the Rutgers Esports programs be in a couple of years?

I want to see Rutgers invest more in the program. The ultimate goal, I hope it has its own program similar to the sports program.