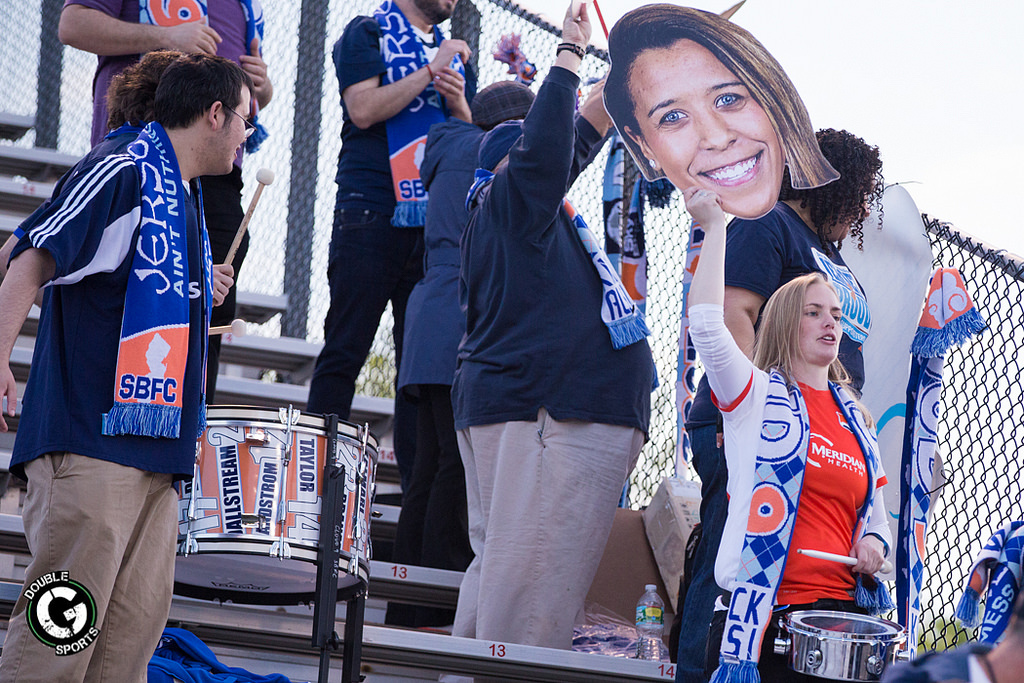 I have to confess, I am a huge Sky Blue FC fan. I still have a 2009 SBFC t-shirt I had purchased during my first time attending a game at Yurcak. This was when Sky Blue started playing at the professional level.

Now that that is out of the way, here are just a few reasons why you should support (and become a fan of) Sky Blue FC:

1. Sky Blue FC is one of only two teams playing in the NWSL actively in women’s professional soccer leagues before the NWSL was founded in 2012.

After the Women’s Professional Soccer (WPS) creation in 2007 and the 2008 launch, Sky Blue FC was the first team to win the WPS championship in 2009. The only other team that is still around since WPS is the Chicago Red Stars.

2. Sky Blue FC is the only professional women’s soccer team in New Jersey.

If you were born and/or live in New Jersey, this should make you proud. Although there are currently nine teams that are part of the NWSL, the Garden State is being represented by SBFC as one of them. #WeAreNJ!

Sky Blue FC plays all of their home games at Rutgers University’s Yurcak Field in Piscataway, NJ. Most of the team’s practices are at the Sportika facilities, located in Manalapan, NJ.

I am from Costa Rica, now living in New York (I lived in New Jersey when I first moved to the west coast). The fact that they brought one of my all-time favorite Costa Rican players to the team, Raquel Rodriguez, made me an even happier SBFC fan. Other international players this season include: Kailen Sheridan & Janine Beckie (Canada), Thaisa Moreno (Brazil), Rebekah Stott (New Zealand), Katie Johnson (Mexico), and Daphne Corboz (France).

6. Bonus reason: Soccer is growing exponentially in the USA. Plain and simple, soccer is fun.

By the way, they have a great supporters’ group, Cloud 9. When they say: “We stand, sing, cheer and support our team for 90+ minutes, every game.”, they mean it. You will find them in the stands in Section 9 at Yurcak field.

There you go. The list will go on and on.

Week 5 of the 2018 NWSL season will be a bye week for Sky Blue. However, they return home for week 6, hosting the Houston Dash for a 7:00pm E.T kickoff at Yurcak. The match will be live streamed on go90.