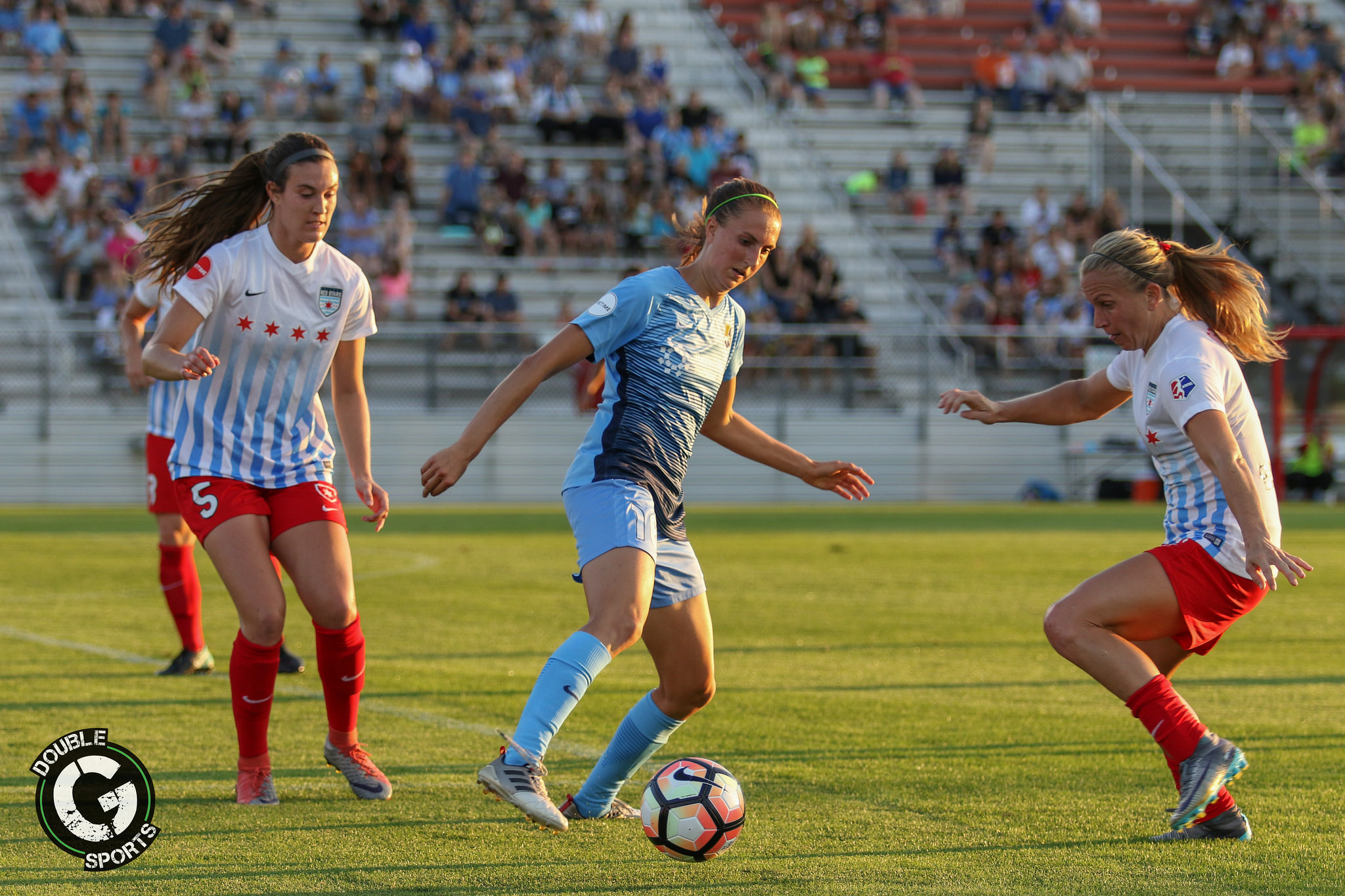 Bridgeview, IL (April 21, 2018) – Sky Blue FC (0-2-1) traveled to Chicago to earn an important and much needed point, their first this season. Over 2,400 fans showed up at Toyota Park Stadium to experience a game full of action on a chilly, but comfortable night (nothing like Sky Blue’s home opener).

The Chicago Red Stars (2-1-2) did not even wait a minute to score. Only 40 seconds into the first half, Alyssa Mautz found Sofia Huerta on the right wing. What looked like a cross, ended up in Sky Blue’s goalkeeper, Kailen Sheridan’s net. An early advantage for the home team.

Splitting up the points in Chicago. #CHIvNJ highlights to close out your Saturday night. pic.twitter.com/bkEA1TfERy

At the 7’, Sky Blue midfielder Raquel Rodriguez responded with a great shot that misses the goal by a few inches. After that, it was the Red Stars dominating the first half. They were not able to convert any of the opportunities created, and the first half ended with a score of a 1-0 in favor of Chicago.

History in the Making

Sky Blue’s second half changed the pace of the game and it showed a better New Jersey team. There were more plays, better passes and more opportunities created, especially from the midfield forward. Carli Lloyd and Jeanine Beckie were able to get into the mix and that made a big difference.

On the other hand, Huerta’s pace and shots for Chicago kept the Sky Blue defense very busy during the second half. But it was Savannah McCaskill who saved the night for Sky Blue, writing some history in the books for herself.

At the 78’, McCaskill gets a ball from Katie Johnson. She then proceeds to feint the defense and was able to get the shot on goal. The ball goes in after a slight deflection from Chicago’s defense. The goal not only gives Sky Blue a breath of fresh air and the tie (1-1), but it also marks McCaskill’s first official professional goal in the NWSL, and Sky Blue’s first ever goal of the 2018 season. Exciting night for the New Jersey team and the rookie, alike.

Both goals, Huerta’s and McCaskill’s, have been nominated by the NWSL for best goal of the week.

This is going to be the second bye week of the season for Sky Blue, returning home on May 5 against the Houston Dash for NWSL Week 6. Kickoff is set for 7:00pm ET and will be live streamed on go90.