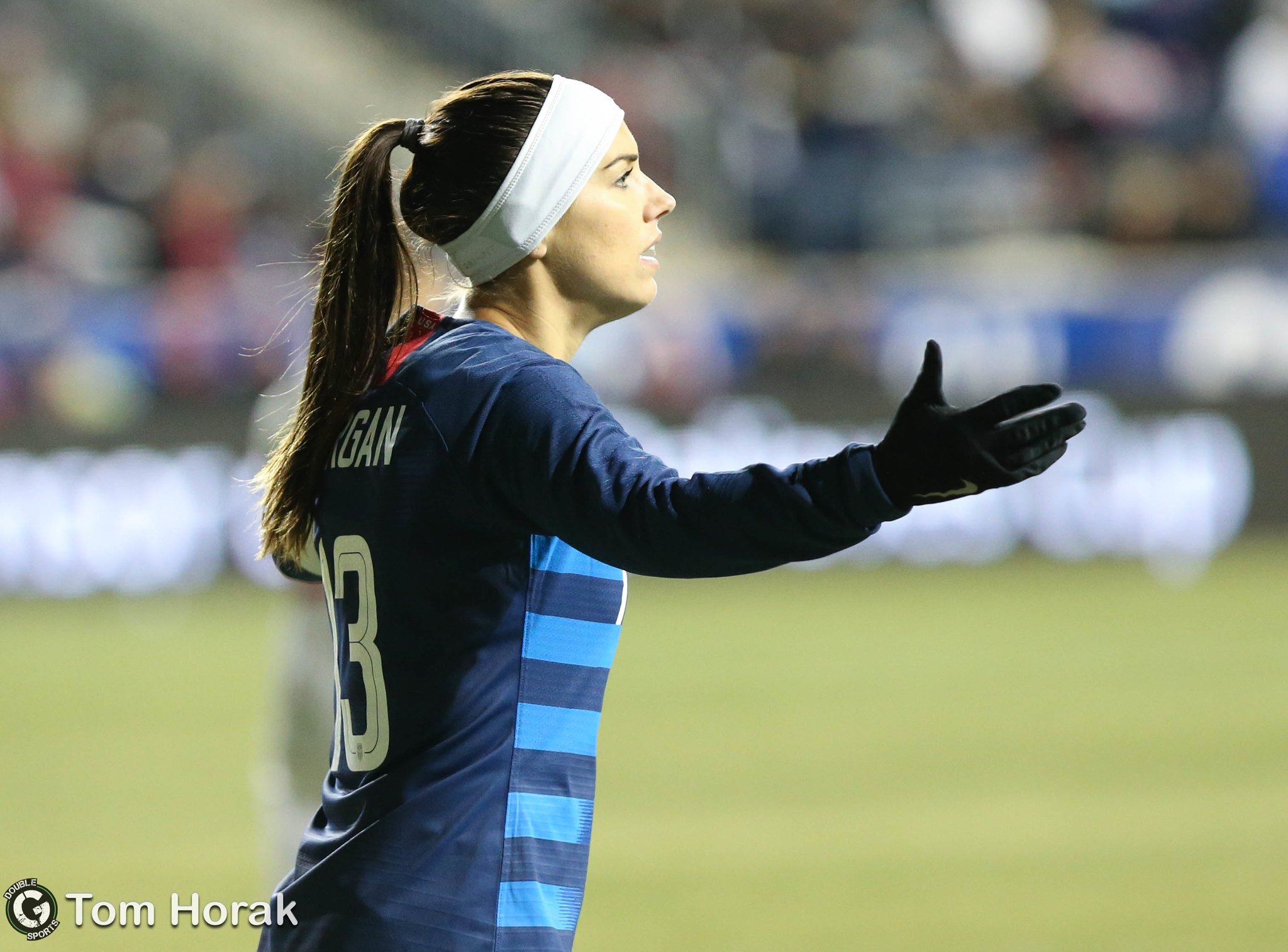 US star forward scored five goals and assisted on three others in World Cup opener for the United States Women’s National Team.

France: The US Women’s National Team got their 2019 FIFA Women’s World Cup Started on Tuesday against Thailand from Stade Auguste Delaune.

Alex Morgan would have one of those games that you would always remember as she would score five Goals in the USA 13-0 win over Thailand to open their schedule in the 2019 FIFA Women’s World Cup.

This one counts! @AlexMorgan13 scores her 4th career #FIFAWWC goal to give the U.S. the early lead on a @Kelleymohara assist. 🇺🇸 pic.twitter.com/hiCgNcLYbr

The rout is on!

Alex Morgan’s 5th career #FIFAWWC goal gave the @USWNT a 5-0 lead on Thailand early in the 2nd half pic.twitter.com/idp7TgXoUB

Her 4th goal of the match makes it 1️⃣0️⃣ for USA 💪🇺🇸 pic.twitter.com/Pq9zwbbhR4

All 5 Goals in Spanish by Telemundo:


The five goals by Alex Morgan has tied Michelle Akers Single Game Record for a game in the World Cup.

With her five goals, Morgan also assisted on three others, first was from Rose Lavelle in the 20th minute which made it 2-0. Morgan would pass to Mallory Pugh which made it 11-0 in the 85th minute & the final assist was to Carli Lloyd in the 92nd minute to make it 13-0.

The 13-0 win for the USA marked the largest margin of victory in the history of the Women’s World Cup.

Notes from the Win

Historic Win at the #FIFAWWC pic.twitter.com/j4001ZBLlH

we got all kinds of records today 📈#FIFAWWC pic.twitter.com/S7LPl9B2j9

Another interesting note is the US Women’s National Team last largest margin was a 7-0 defeat of Chinese Taipei at the inaugural Women’s World Cup event in 1991.

Alex Morgan, Rose Lavelle, and Samantha Mewis each scored multiple goals and it would be the first time that a nation has had three different players score multiple goals in a Women’s World Cup match.

The US Women’s National Team next game is Sunday, June 16 at 12 PM on FOX against Chile.