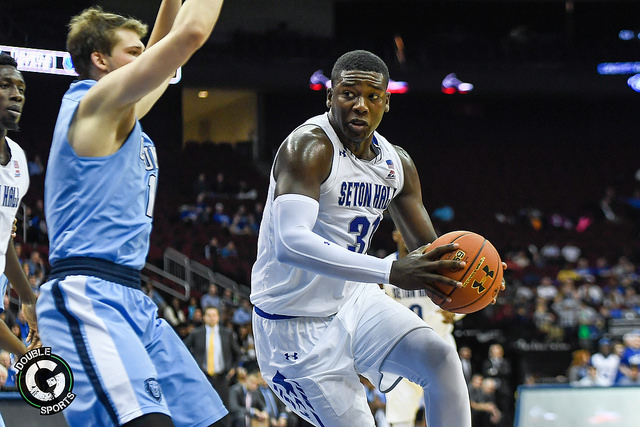 After a second consecutive 20-win season, one big question remained for the Seton Hall Pirates after their season ended…will Angel Delgado forgo his senior year and go to the NBA?

Part of one of the Pirates’ best freshmen classes in school history, Delgado was the anchor inside for a team that lost their leading scorer in Isaiah Whitehead after the 2015-2016 campaign. Delgado averaged 15.2 points and a nation leading 13.1 rebounds per game this past season, which led many to believe that Delgado could go in the late first- early second round draft pick. After weeks of speculation, Delgado came to a decision and released a statement announcing his decision.

The return of Delgado means that Seton Hall will have their man in the middle for the 2017-2018 season. Delgado will most likely be a preseason Big East Player of the Year candidate and for the Pirates, they keep intact a core that includes Delgado, Khadeen Carrington, Desi Rodriguez and  Ismael Sanogo.

Gannett New Jersey put together a timeline of Delgado’s decision-making process over the last few weeks. It is interesting to note that reports had Delgado ready to declare for the draft just two weeks ago. 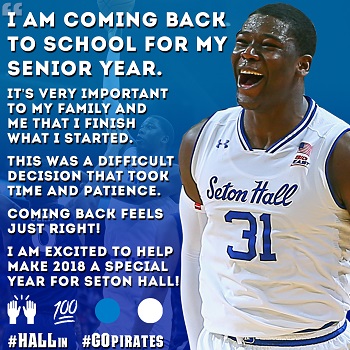 Seton Hall has had a successful offseason in recruiting as the Pirates signed five new players to the roster.

All this could mean another 20-win season for Kevin Willard and his Seton Hall Pirates. With the return of Angel Delgado, expectations will be high for the Pirates not just in the Big East, but nationally as well.