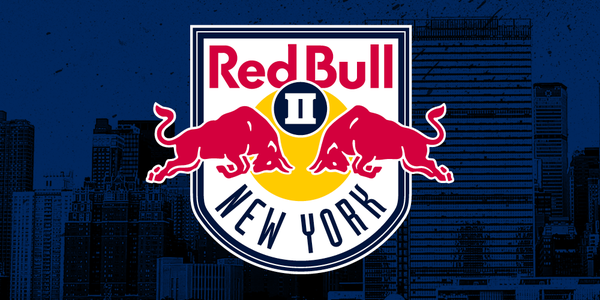 The Baby Bulls kicked off their 2020 season with a 1-0 defeat to the Tampa Bay Rowdies at MSU Soccer Park.

The Baby Bulls kicked off their 2020 season with a 1-0 defeat to the Tampa Bay Rowdies at MSU Soccer Park. It was an even game, but the Rowdies defense defended eight corners en route to a hard-fought win on the road.

Four Baby Bulls made their professional debut on Saturday. They were Joseph Fala, Samad Bounthong, Mandela Egbo, and goalkeeper Wallis Lapsley. Also, Alex Muyl who has played in the MLS (Major League Soccer) for four years, made a start in the midfield, while defender Roy Boateng made his first career start and midfielder Chris Lema wore the captain’s armband in the Red Bulls II home opener.

Rowdies’ forward Mustapha Dumbuya nearly connected on a cross but missed the ball in the 11th minute. The Rowdies had another opportunity to shoot in the middle but the Rowdies decided to pass the ball out to the wing, and slowed down their attack.

In the 18th minute, Red Bulls II defender Roy Boateng with what was later described as a “quad strain” by head coach John Wolyniec. Boateng was subbed out for Preston Kilwien in the 22nd minute.

Bull forward Omir Fernandez took a one-time shot just outside the eighteen but it missed wide. That was the Red Bulls II best chance in the first half.

Early in the second half, both teams had equal possession, but the visiting side scored first. In the 59th minute, the Rowdies had possession near the left corner flag. Rowdies’ midfielder Leo Fernandes got a pass and controlled the ball with his back to a Red Bulls II defender. Fernandes quickly swung his body around and took a quick shot that found the back of the net.

In the 64th minute, Sebastian Elney was substituted for defender Mandela Egbo. Immediately, Elney was involved in the Red Bulls II offense. Chris Lema delivered a nice cross to the back-post that Elney headed, but Louro made the save for Tampa Bay.

The Red Bulls II were pressing again in the 75th minute. Chris Lema delivered a cross that was heading towards Baby Bull Sebastian Elney. However, a Rowdies defender kept the ball from reaching Elney, who fell to the ground and could not get a good shot away.

The Baby Bulls would go on to lose their home opener 1-0 to a Rowdies team that is one of the Baby Bull’s biggest rivals.

“He was good. By no means perfect. But you could see for a guy that was under the radar, is new with us, he really carried himself very well. He’s a hard worker. He’s got a lot of tools. He certainly impressed me today.”

“I just want them to be the hardest working defenders on the field. Our style of play is very demanding, and I think if we play the style and trust in it, that’s the biggest thing, just have them trust in the style and the system.”

Last season, the Baby Bulls were third in the USL Championship in goals scored. Lema was optimistic about his hopes that the team can get back on the right track.

The Red Bulls II play their next game at MSU Soccer Park against Hartford Athletic. Kick-off is at 7:00 PM.

Running with the Red Bulls, Episode 3: Let’s Kick off 2020! (Audio)
NYCFC, Deila: “Our supporters can make the difference”