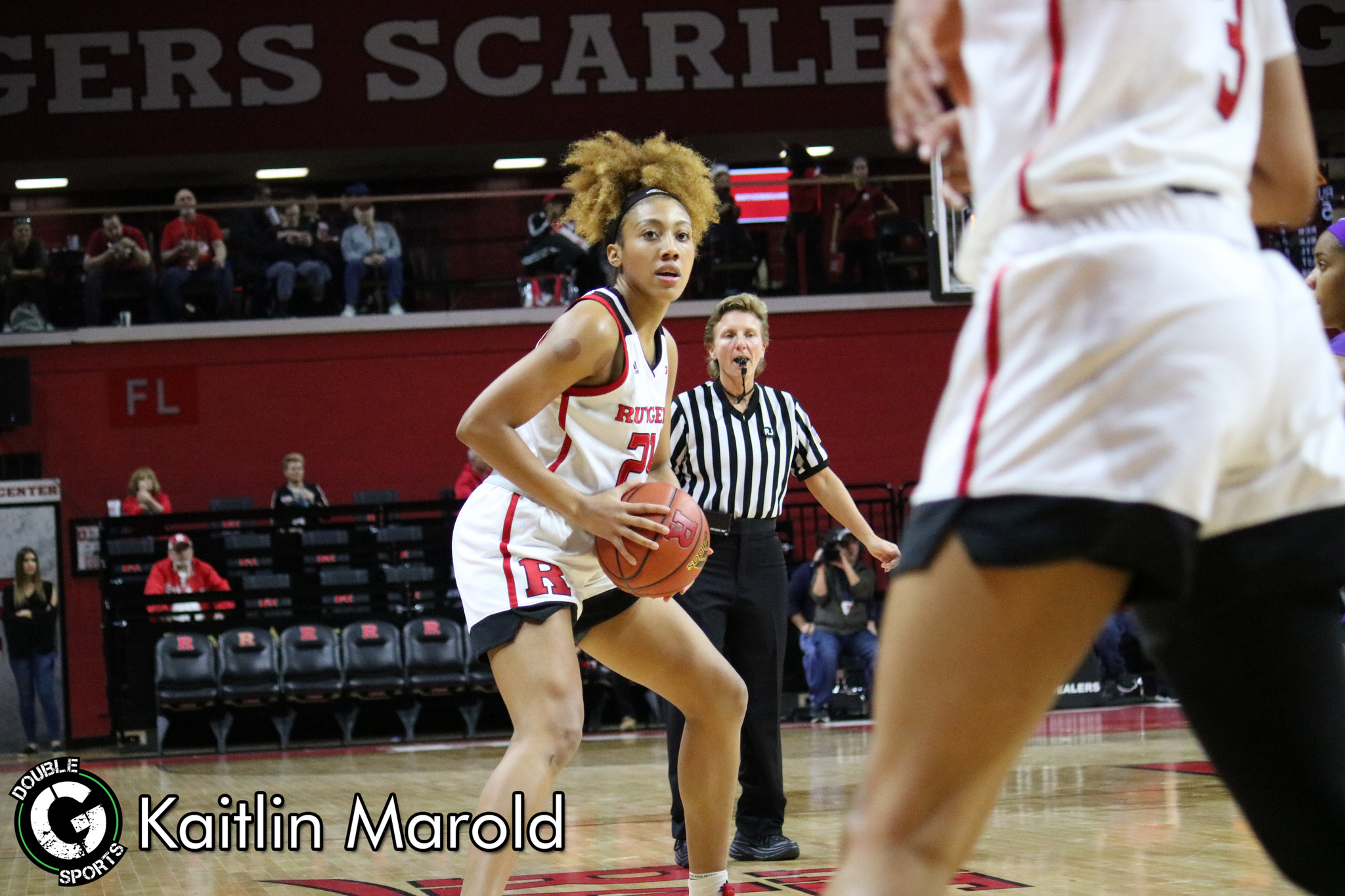 Don’t look now but the Lady Scarlet Knights of Rutgers are rolling. After shocking No. 4 Maryland to close out 2018, Rutgers carried momentum behind a great shooting night to beat Penn State 74-61 on Sunday for the teams’ sixth-straight win.

Arella Guirantes led the Scarlet Knights with 24 points. On the defensive side, Guirantes was solid as she gave Penn State fits on the glass by grabbing nine rebounds.

The Nittany Lions were led by Teniya Page with 23 points, while Alisia Smith added 10 rebounds.

The Scarlet Knights played lock-down defense and Penn State had more turnovers than points in the first five minutes of the third, and the Lady Lions found themselves trailing by double digits. The Lady Lions turned the ball over 16 times, and Rutgers capitalized with 17 points off turnovers.

Beast Of The Big Ten?

With this win, Rutgers remains undefeated in Big Ten play. That includes the hard-fought, grind-out win at Maryland. Rutgers boasts the conference’s best scoring defense, allowing just 51.5 points per game. The Scarlet Knights have held all 14 to its opponents under their scoring average this season. Penn State entered Sunday’s contest putting in 70.8 points per contest and was limited to 61 points. If those number keeps up, they will be a tough out come Big Ten Tournament time.

When Will Rutgers Get Some Respect On Their Name?

The Big Ten currently has four teams in the Top 25 – Maryland, No. 12 Minnesota, No. 15 Michigan State and No. 19 Iowa – with a fifth, Indiana, receiving votes. But Rutgers won’t play a currently-ranked team until it hosts the Spartans on Jan. 20. The Scarlet Knights are at Illinois (Jan. 9), at Nebraska (Jan. 13) and home against Purdue (Jan. 16) before they face Michigan State.