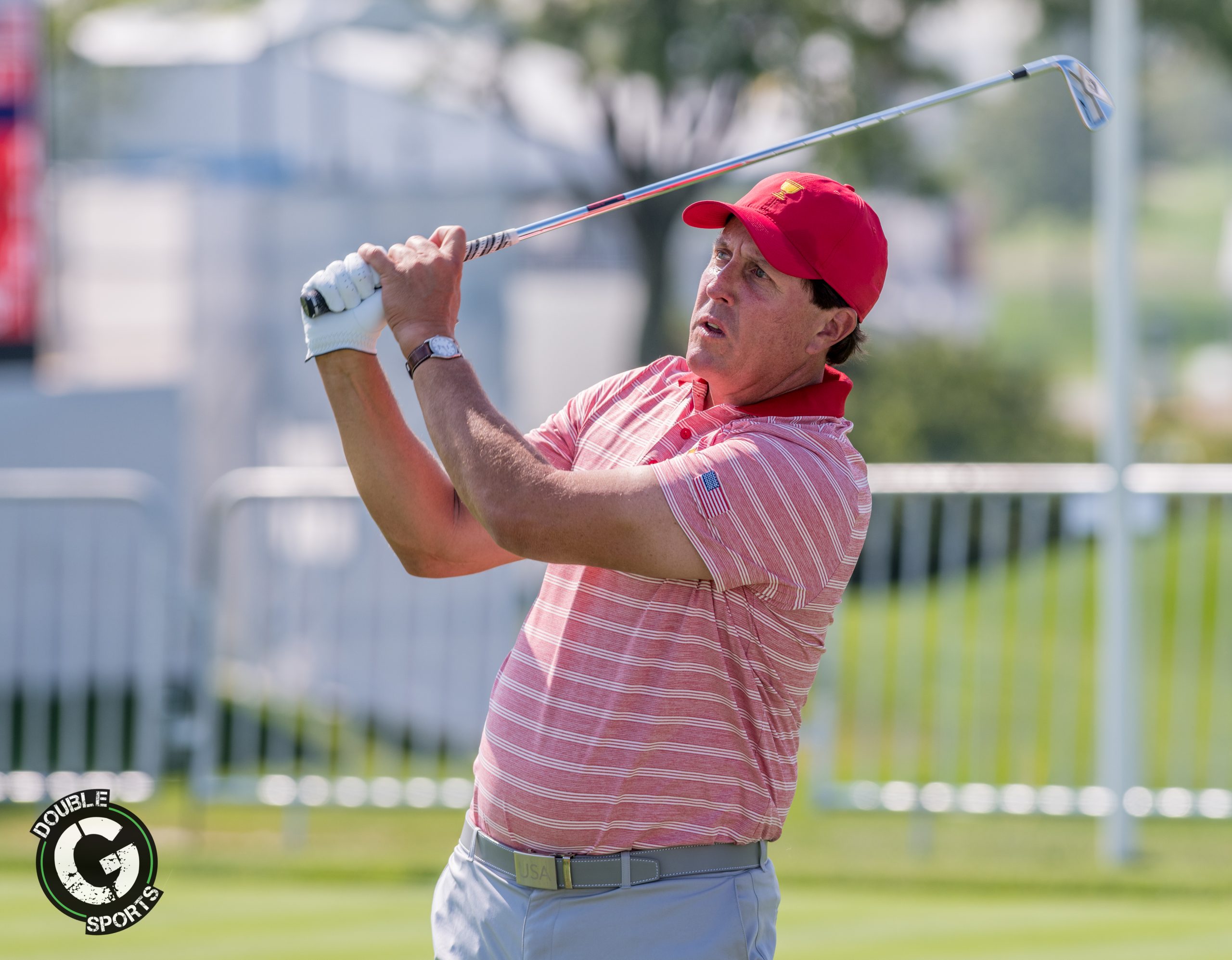 Capital One’s The Match: Champions for Change is a charity golf event scheduled to take place on Nov. 27 at Stone Canyon Golf Club in Arizona.

According to The Associated Press, this is the third event as part of The Match franchise but the first not featuring Tiger Woods. The first match was played in 2018 between current PGA Tour golfers, Phil Mickelson and Tiger Woods and ended with Mickelson winning a $9 million-prize.

Charles Barkley and Phil Mickelson will face Stephen Curry and Peyton Manning in a charity golf match on Nov. 27.

Proceeds will go to historically Black colleges and universities. pic.twitter.com/MtAojBMPin

For Mickelson, this event is somewhat a matter of personal pride, because it will take place at his golf course. The Associate Press reports that “Stone Canyon Golf Club is owned by Mickelson Golf Properties.” The 50-year-old PGA Tour golfer expressed his excitement about the opportunity to show the world his golf course.

“I’m looking forward to playing with Peyton and Stephen and to help raise money for another important cause, it’s also going to give fans and viewers an up-close look at Stone Canyon Golf Club, a place that I’m extremely proud of and excited to show how special it is.”

Mickelson has been a member of the PGA Tour since 1992. During the last 28 years, “Lefty” has won five Major tournaments.

The match will start at 3 PM ET on Nov. 27– the day after Thanksgiving– and will air on TNT with Bleacher Report providing additional coverage. The format will be “modified alternate-shot match-play.”

According to liveabout.com two golfers pair up and alternate taking shots against an opposing pair of golfers. For example, take players A and B as a pair, player A would take the tee-shot, and player B would hit the next shot and so on.

This November, Tiger Woods will not be participating. Golfweek reports that Woods has been replaced by Stephen Curry “is a near-scratch golfer” and his partner, Manning “played a pivotal role in his team winning the last edition of Capital One’s The Match.”

ESPN reports that all of the proceeds generated by this match will go to historically Black Colleges and Universities. The match between Mickelson, Manning, Woods, and Tom Brady this past May, raised over $10 million for coronavirus relief efforts.