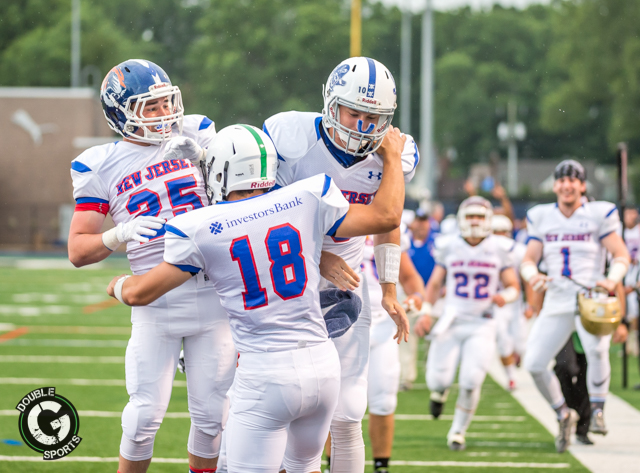 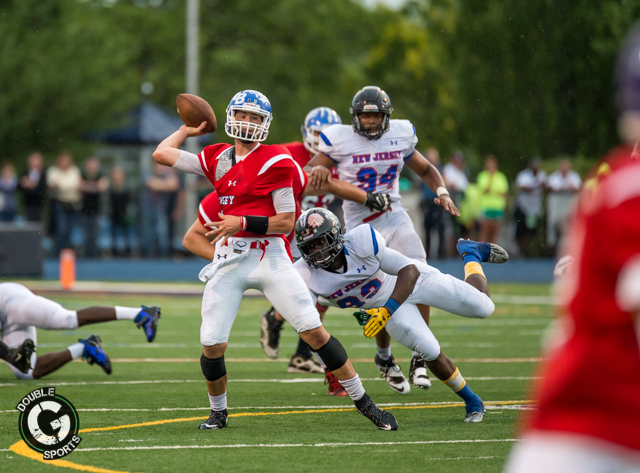 “This was my last football game and probably the only not playing college football,” Mike Pimpinella said. “It’s interesting for sure knowing it was my last game, I wanted to have fun with it and have been playing this game my whole life, loved it and enjoyed every second of it. I wanted to play as hard as I could and did that. I loved ending my career with a win.”

North defensive lineman Keneek Tomlinson of East Orange dominated play throughout the game, accounting for three sacks and a blocked field goal. Tomlinson’s fumble recover with 8:20 left in the first quarter proved to be a critical play. Not even twenty seconds later, Keller rolled out of the pocket and fired a pass to Pimpinella for a 15 yard score in the left corner of the end zone.

“Coach just looked at me and said run a hitch and go and make a play on the ball,” Pimpinella said. “The QB (Zach Keller) made a great throw where the defender couldn’t make it. I was just happy to get my feet down and catch the ball.”

In the second half, weather conditions worsened with torrential downpours that led to several turnovers by both squads and lots of running the ball. The South had a couple opportunities to even up the score but their drives stalled out deep inside North territory.

“A great defense cancels out a great offense from where I play at Pascack Valley priding ourselves on defense and when you put an all-star defense together especially the one we had, you expect a close game and not too many points on the board,” Pimpinella said.

“It was great to put up one and let the defense do all the work and they did an outstanding job all game long. They got after the ball, pressuring the quarterback all game, playing fast, putting pressure on the entire offensive front and controlling the line of scrimmage.”