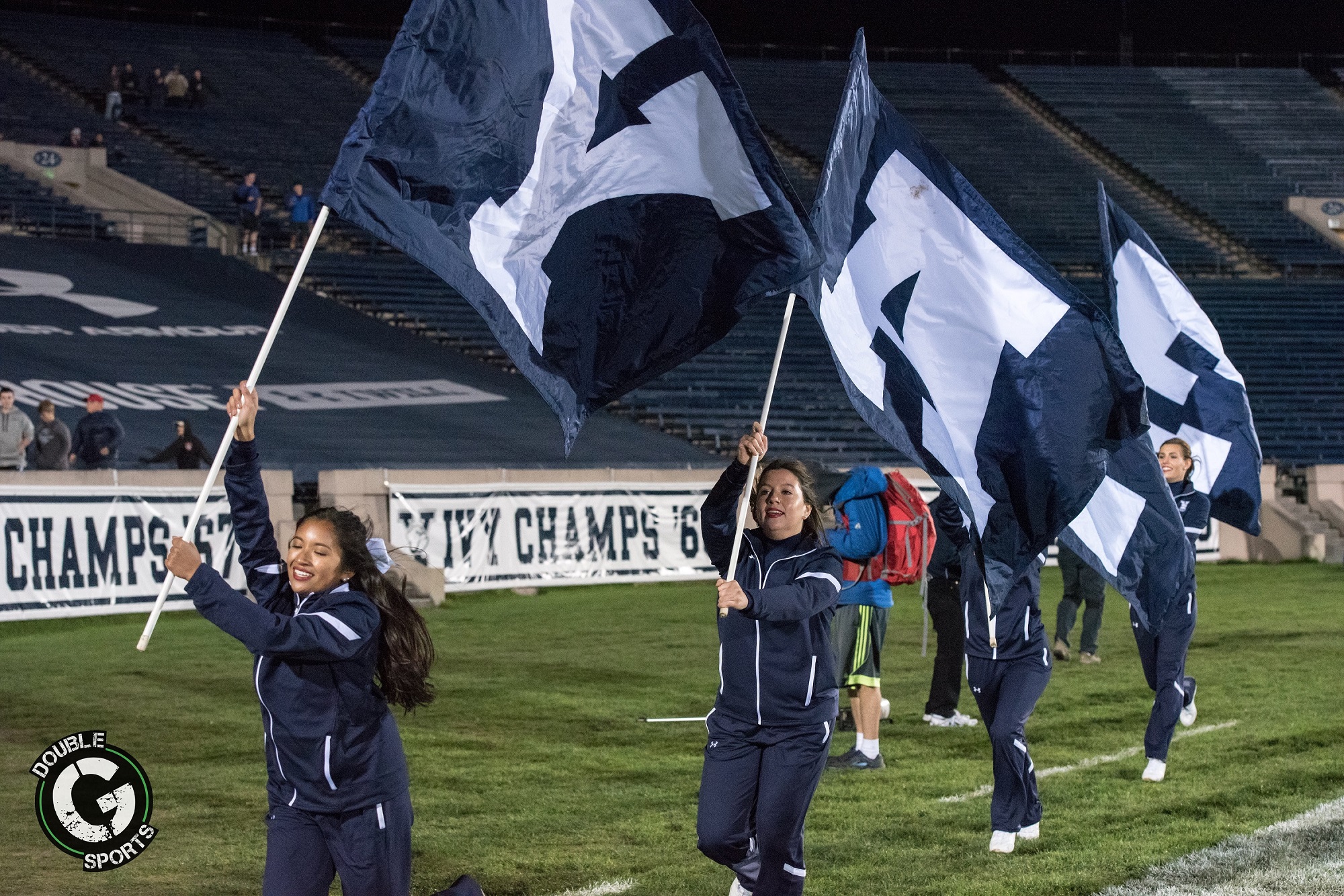 Yale looked very much like they were prepared to mount a solid defense of their 2017 Ivy League football title, but fell victim to some sloppy second-half play as they were stung in overtime by underdog Holy Cross, 31-28, in their season opener at historic Fitton Field in Worcester, MASS.

The last time Holy Cross defeated the Elis was in 2005.

The Elis, who scored all their points in the first half, squandered leads of 21-0 and 28-14 with multiple chances to put the game away in the second half, but penalties prevented the Bulldogs (0-1) from defeating the Crusaders (1-2).

“We had a lot of first-game mistakes, including the penalties and it was the big plays the penalties prevented,” said Yale Coach Tony Reno in postgame remarks.

Yale’s Melvin Rouse opened the contest by taking the opening kickoff 100 yards to the house to give the Elis a quick 7-0 lead.  Rouse tied the Yale kickoff return record, which was set by Kenny Hill in 1978, when Hill set the mark against Cornell.

Alan Lamar, JJ Howland and Reed Klubnik scored the other Yale touchdowns while sophomore running back Zane Dudek, the 2017 Ivy Rookie of the Year and 2018 preseason All American candidate, rushed for a career-high 217 yards on 22 carries.

Ryan Burke led the Bulldog defense with 11 tackles but Reno needs to be concerned about a defense that relinquished 31 points against Holy Cross.

The Bulldogs will open defense of its Ivy title on Saturday, Sept. 22, when they hit the road to face the Cornell Big Red (3 p.m.).

The Big Red (0-1), a team clearly in transition, was soundly defeated last week by Delaware, 27-10. Davy Lizana, who caught a scoring pass from Cornell quarterback Austin Holmes, accounted for the lone touchdown in the loss to the Blue Hens.

Last year Yale cruised to a 49-24 win over Cornell at the Bowl.

The Big Red defense will have their hands full attempting to game plan for Dudek’s ground assault. Expect the Bulldogs to address the penalties and make improvements on the defensive side.

Dartmouth, Harvard, Columbia, Princeton and Penn opened the season on the winning side of the ledger.

The Ivy League’s six-game national television package, featuring all eight Ivy League programs, will kick off on Friday, Sept. 21, when Brown (0-1) hosts Harvard (1-0). The game will be broadcast on ESPNU, beginning at 7 p.m. ET.