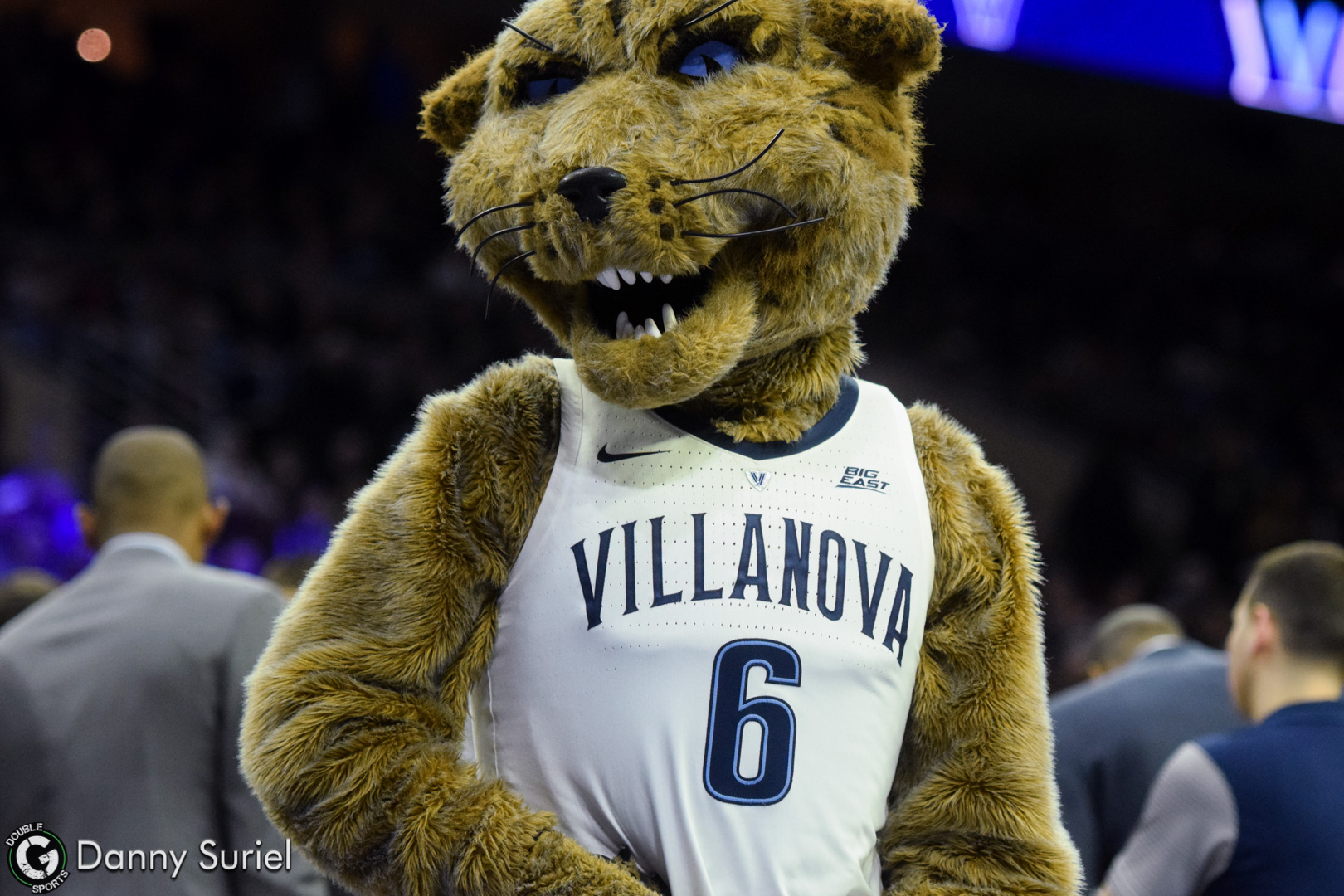 One Week Into Conference Play, How Will Villanova Fare in the Big East?

Ever since the 2018 National Champions super team, questions have surrounded the Villanova Men’s Basketball program. How would Jay Wright and the Wildcats rebound from the loss of four NBA-bound players? The 2018-2019 season saw success in the form of seniors Phil Booth and Eric Paschall. Booth and Paschall led their team to a Big East Championship before losing to Purdue in the second round of the NCAA tournament by a resounding 26 points.

The departure of Booth and Paschall began a new era of Villanova basketball for Coach Wright in the 2019-2020 season. His team consists of zero seniors, three juniors, three sophomores, and five true freshmen. Before the players even hit the court, many labeled the season a ‘rebuilding year.’ Would this team live up to the expectations that prior teams have created in the past? Since Big East realignment in 2013, Villanova has won five of the six regular-season conference titles and four of the six tournament titles, including the past three straight.

Luckily for the ‘Cats, they have the AP Coach of the Decade in Jay Wright, and a program that fosters incredible growth from season to season. The sophomores and juniors on the team were expected to make huge strides in the offseason. The only question would be whether the young team could compete in the Big East.

After starting the season with a dominant double-digit home win against Army, the Wildcats visited Ohio State and lost by a disappointing 25 points. Now, they sit at 10-3, with a 1-1 record in the Big East. Arguably one of the most competitive conferences in the country this season, the Big East features six teams in the top 50 NET rankings. Seton Hall’s Myles Powell and Marquette’s Markus Howard are two strong John Wooden Award winners.

On November 24th, the 17th ranked ‘Cats sat at 4-2 on the season, following losses to No. 16 Ohio State and No. 24 Baylor. The country wondered whether this young team could compete against the AP Top 25, considering their only losses came against true competition. From there, Villanova won five straight games, including four wins against Big 5 foes and a marquee win against no. 1 Kansas on December 21st.

Big East conference play began on December 30th with a home matchup against Xavier, which has been ranked in the AP Top 25 five times this season. In the first half of play, Villanova went on a 15-0 run to gain a 23-11 lead over the Musketeers. Xavier’s interior shooting kept them in the game, as they had a 46-28 advantage over Villanova in points scored in the paint, but they shot only 1-11 from the three-point line. The ‘Cats came away with a 68-62 win, led by junior Collin Gillespie’s 24 points.

On Saturday, Villanova traveled to Milwaukee for its first Big East road game against Marquette. The biggest task was limiting Markus Howard, and the ‘Cats were not able to do that. Howard shot 7-20 from the floor, totaling 29 points. Despite being down by 17 points at halftime, Jay Wright’s team continued to fight on the defensive end. Capitalizing on Howard’s foul trouble, Villanova closed the gap to eight points with just under eight minutes remaining in the game. However, shooting 35.3% from the field and 23.7% from three limited the ‘Cats on the offensive end. Marquette came away with their first Big East win, 71-60.

At 1-1, Villanova sits tied with Creighton and Marquette, behind three undefeated teams in the conference, Butler, Seton Hall and Providence. Luckily for Villanova, it embarks on a favorable part of the season starting next week as the ‘Cats play four straight home games after a road game at Creighton next Tuesday. This stretch will be a time for Villanova to recover, regroup, and create a game plan for the rest of conference play.

At the Wells Fargo Center on December 21st against No. 1 ranked Kansas, Villanova played its best all-around game this season. The team shot under 35% from the floor, but limited one of the most efficient teams in the nation to just 55 points. The ‘Cats were successful because in the moments that mattered, they leaned on their junior leaders, Collin Gillespie and Jermaine Samuels. Despite having no senior leadership, co-captains Gillespie and Samuels have emerged as the true cornerstones of this young team. Against Kansas, Gillespie had a game-changing steal, and Samuels hit a go-ahead three-pointer that won the game for the Wildcats. Since then, Gillespie had a team-high 24 points against Xavier, and Samuels had a team-high eight rebounds. In an off game against Marquette, Samuels was one of three players in double-digits, totaling ten points, shooting 5-11 from the floor.

Thus far, Villanova has relied on Gillespie and Samuels. Gillespie averages 14.3 points per game and shoots 32.9% from beyond the arc. Samuels averages 10.2 points per game, shooting 46.5% from the floor. As long as they continue to compete at this same level of play, Villanova will be successful in the Big East. However, the ‘Cats need an offensive spark.

In years past, Villanova has had headline starters like Jalen Brunson, Josh Hart, and Booth and Paschall. This year, a new star emerges in each game. Five players average above ten points per game, and a sixth player averages nine. Ball distribution is important, but Gillespie and Samuels need to distance themselves from the rest of the pack and bring a third consistent scorer with them. If a third scorer can emerge for Villanova, most likely sophomore Saddiq Bey (14.2 ppg) or freshman Justin Moore (12.4 ppg), the ‘Cats will grow in offensive efficiency.

Marquette burned Villanova down the stretch by controlling the pace of the game. Villanova’s sound defense kept them afloat, but their missed baskets forced them to always be behind on defense. From there, the Golden Eagles were able to capitalize in transition.

Villanova must rebound offensively next week against Creighton. This 2019-2020 team can no longer rely on pure-bred scorers like Phil Booth and Eric Paschall. Instead, Jay Wright must utilize the tools he has. Villanova is known more for its size this year than any other year, as they start four forwards and one guard. In addition, Wright started two freshmen in his opening game line-up for the first time since the 2002-2003 season with Jeremiah Robinson-Earl and Justin Moore. The keys for Villanova lie in the re-shaping of the offense. Instead of relying on the three, Villanova should use its size to drive to the basket and get to the free-throw line. This allows them to control the pace of the game and be less dependent on the three.

To Villanova’s credit, only one other team in the Big East has a scorer like Markus Howard. Seton Hall’s Myles Powell will present the same problems for the ‘Cats, but other teams in the conference spread points around more evenly than Marquette and the Hall. It will be necessary for Villanova to play more disciplined against Powell and Howard when he returns to the Main Line in February.

The team has a lot to work on, no question. But starting 10-3, with a 1-1 record in the Big East, is not a bad start. If the Wildcats can continue to trust Gillespie and Samuels to have big games, develop a true third scorer, drive the ball more, and play consistently strong defense, Villanova could make a run at a fourth straight Big East title, and a run in the NCAA tournament.

Is Saint Peter’s a MAAC contender after upset win over Iona?
NJIT displays plenty of resolve in loss to Liberty