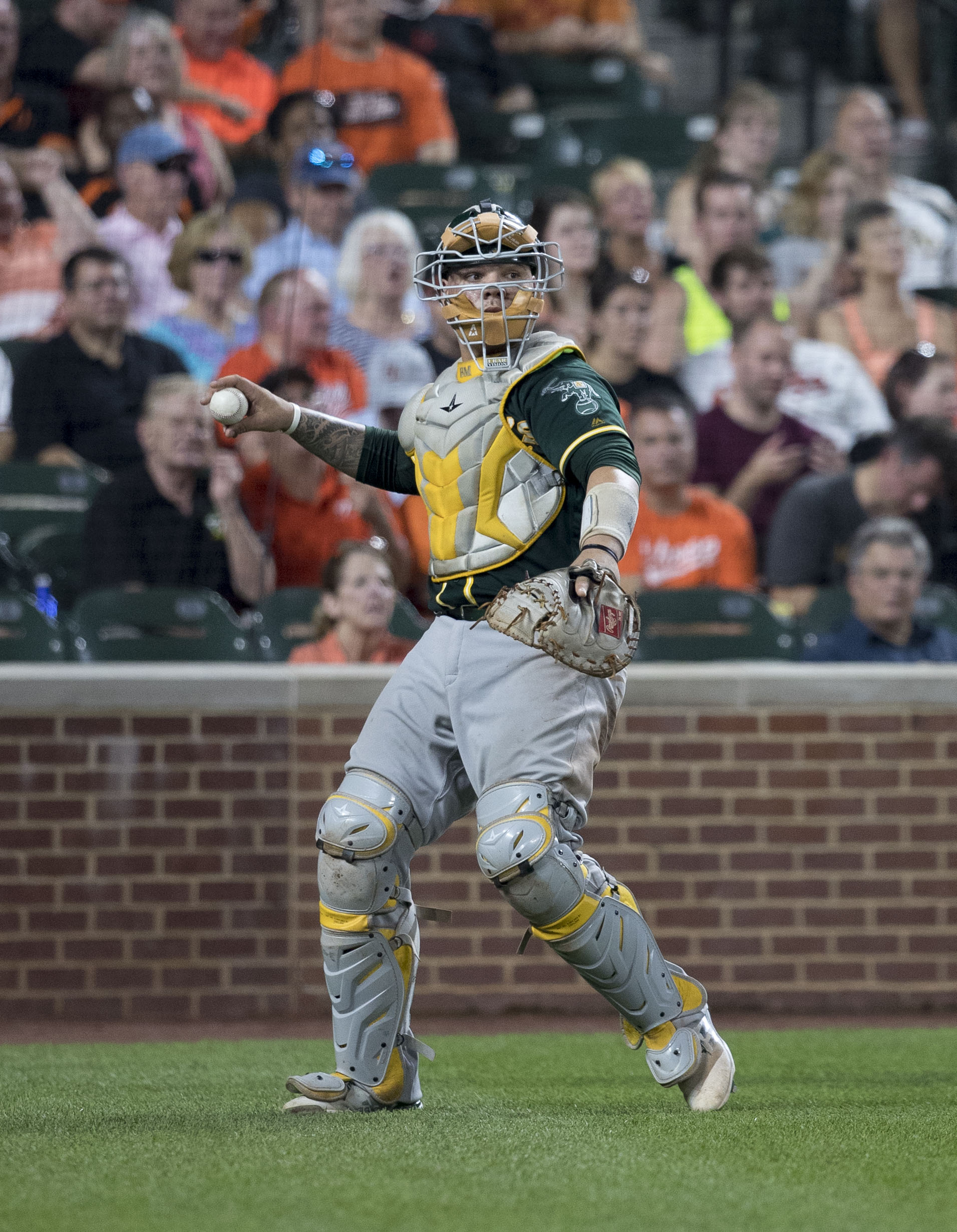 Prior to 2020, only one Major League Baseball player had taken a knee during the national anthem. That player? Oakland Athletics catcher Bruce Maxwell.

Maxwell took a knee in 2017 in the wake of Colin Kaepernick’s activism and the NFL’s controversy. After a two-year hiatus from Major League Baseball, the New York Mets have reportedly signed Maxwell to a minor league contract.

According to Newsday’s Tim Healey, “Maxwell arrived in New York on Monday. His contract is pending a physical and him passing the coronavirus intake testing that all players went through at the beginning of camp early this month.”

Similar to Colin Kaepernick, Bruce Maxwell believes his actions in protest are what have kept him out of the league. Maxwell told ESPN “I got pushed out of the game because I took a knee during the national anthem. It eats at me.”

MLB’s attitude towards kneeling during the national anthem has evolved during the recent weeks. Opening Day games proceeded with players kneeling and holding a black ribbon in unison. BLM was also written on the pitchers mound at ballparks across the league, and patches commemorating the movement are being worn by players who chose to do so.

Andrew McCutchen on the player-led moment of unity being held during pre-game Opening Day ceremonies. pic.twitter.com/gyYyygrKHm

Maxwell has spent the last two seasons in Central American leagues, following a three-year stint with the Oakland A’s in which he hit .240 with 42 runs batted in over 127 games.

The Mets will reportedly be assigning Maxwell to the teams alternate training site in Brooklyn, but that doesn’t mean we won’t see him in a big league uniform this season, as three-to-four catchers are typically brought on road trips.