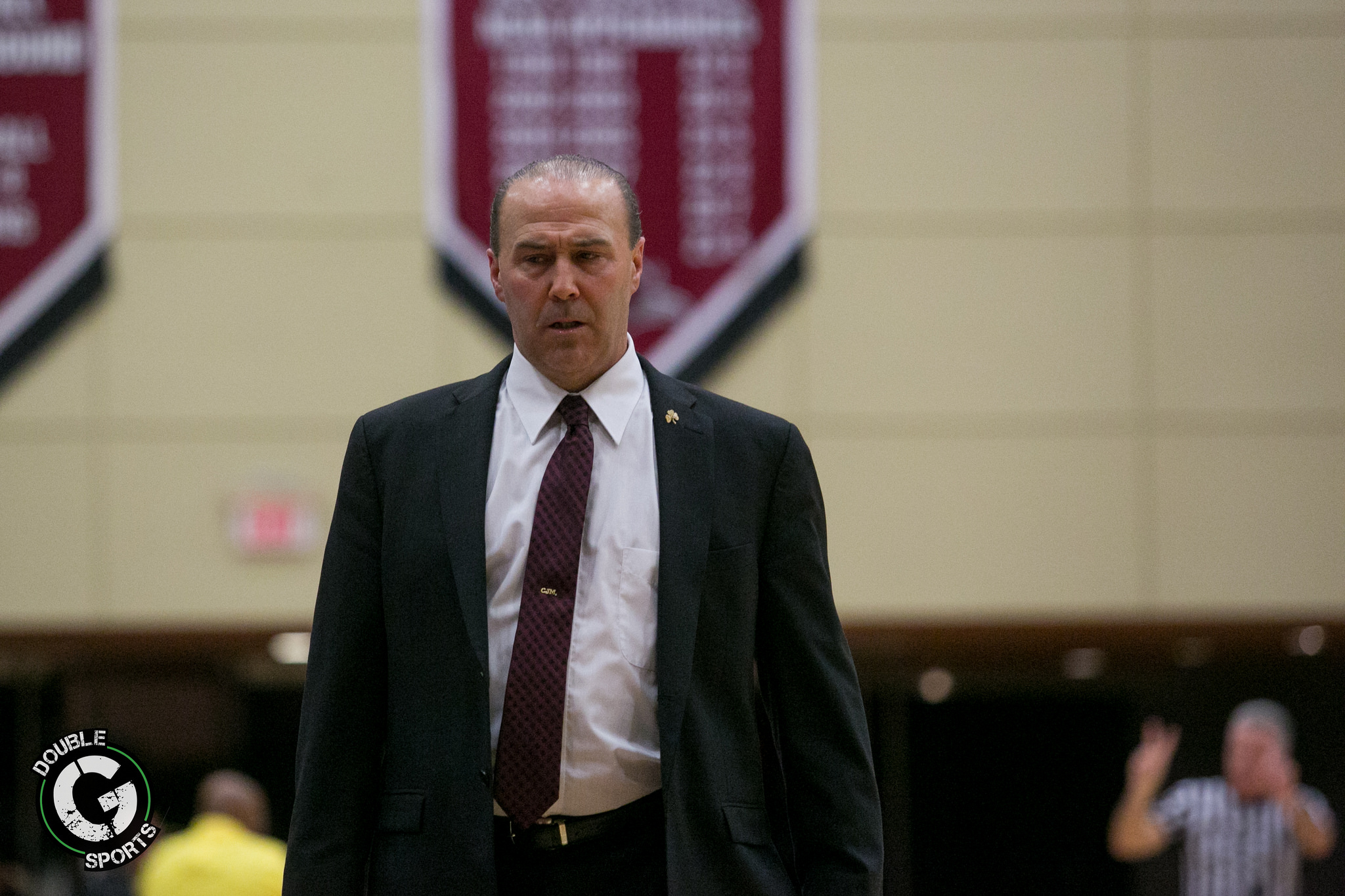 Last Saturday, the Ramapo College Roadrunners opened up the 2017-18 regular season at the 5th Annual Pablo Cotto Tip-Off Tournament at the Verizon Sports Arena in Arlington, Virginia. Facing off against a solid team in Randolph-Macon College, Ramapo struggled in the first half shooting 24% from the field, and one for 13 from the three-point line as the Yellow Jackets jumped out to a 43-27 advantage at halftime.

Ramapo rebounded in the second half, going 13 for 31 from the field, but the deficit was too much to overcome. Ramapo dropped a 79-61 decision. Senior forward Thomas Bonacum led the team in scoring with 13 points and seven rebounds while sophomore forward Jordan Zagadou chipped in with 11 and senior forward Christopher Moseley and guard Josh Ford chipped in with 10 apiece.

In the consolation game against Marymount University on Sunday, Ramapo wasted no time establishing its dominance, racing out to a 48-27 halftime lead. Despite Marymount outscoring the Roadrunners 40-32 in the second half and trimming the deficit to 13 with five minutes remaining, Ramapo managed to hold on for the 80-67 victory.

The Roadrunners tallied 50 of their 80 points in the paint, 20 fast break points and the bench supplied 30. Moseley dropped in a game-high 16 points for the Roadrunners while Bonacum contributed 15. Sophomore guard Patrick Peterson came off the bench to score 11.

Head coach Chuck McBreen did not mince any words in regard to both games.

“A very disappointing weekend and our expectation was very high and at the end of the day the players were not able to meet those expectations,” said McBreen. “The first half against Marymount is what we expected and came out with a lot of energy and effort but second half back to where we were in the first game. We played three bad halves and one good half. We got to get it going and guys have to step up and put it together collectively as a group for 20 minutes each half. Up by 24 with five minutes left and they went on a 17-6 run to make it like it was a 13 point game and only scored 32 points and shot 40% is absolutely atrocious.”

“A work in progress and need the seniors that are back from last year’s team to start stepping up and too many guys no-showing right now,” McBreen continued. “They come into it with four years of starter experience and to come with no energy or effort is very disappointing, no reason for it and ready to go. This is their last go-around and no do-over’s for them. Every game is one more closer to the end of their career and capable of potential and talent is there. They need to relax and go out and play basketball and ranking put too much stress to live up to the expectation and not ready for that.”

The Roadrunners are back in action tonight (Tuesday) facing off against William Paterson (1-2) in the home and NJAC (New Jersey Athletic Conference) opener at the Bradley Center with tip-off set for 7:30. Last season, Ramapo defeated the Pioneers in the 2016 NJAC opener at William Paterson 92-76.

Fifth-year senior forward Richy Espinal, averaging 15.3 points and 11 rebounds per game, leads William Paterson. In addition fifth-year senior guard Dapo Badmos is second on the team in scoring with 12 points a game and guard George Sapp, a transfer who played at Ramapo, is third on the squad at 10.7 points per game.

“A big rivalry game because of the proximity and closest school to us and always been for years,” McBreen said. “No matter where you are in the standings in the NJAC or picked it’s an NJAC game and people want to knock you off because you were picked to win it. We’re going to get their best and have to find a way to come out with a victory by any means necessary and expect a highly contested game.”

“Espinal is a fifth year senior, had success in the league and good scorer and rebounder,” explained McBreen. “Badmos plays with a lot of confidence and Sapp is lightning quick and good player and recruited him to come over here first two years. We have our work cut out trying to stop these guys.”

Two Blowouts is All She Wrote: Three Takeaways from Night One of the Legends Classic
Texas A&M Rides Strong Second Half to Win Legends Classic Over Penn State