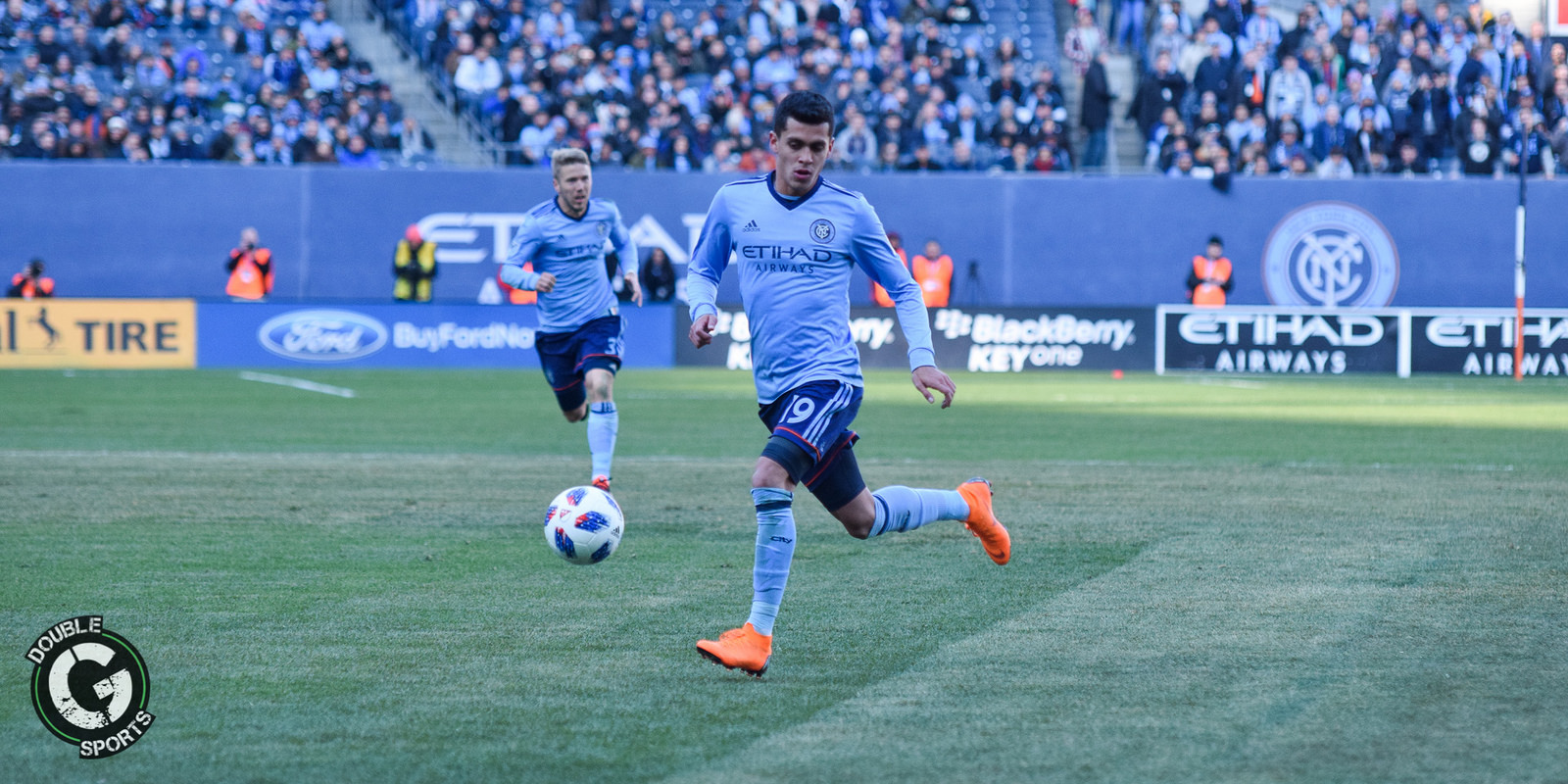 The NYCFC faced the Orlando City Lions at their home turf in Yankee stadium Saturday and triumphed over them (2-0). This was the first away game for the Lions this season.This game was also the first of the three scheduled face offs between these teams this season.

NYCFC won their previous two games and continued their undefeated streak Saturday. Within the first 10 minutes of the game, the Pigeons offense picked up momentum as they kept attacking, and soon in the 32’ they almost scored their first goal.

The Pigeons kept Lion defenders on their toes, and soon enough in the 62’ Tajouri-Shradi delivered for the pigeons after Lions player Bendik accidentally passed him the ball. This seemed to diminish the confidence for Orlando City as they struggled to keep the NYCFC offense in check, and 10 minutes after the first goal,the maxi Moralez provided the second goal for the Pigeons.”This year we are still optimistic, and had a great pre-season but we are just beginning and we have to keep up the momentum and keep winning” Moralez said.

NYCFC continued strong on the second half, and prevented the Lions from scoring at all. One difference that was noted, in this game was the absence of starter forward David Villa. Many wondered if NYCFC solely depended on David Villa to keep the team running. This game proved that the chemistry and team work within the NYCFC Pigeons also serves enough to win games. “We play for him, because we know what it means, a world wide star like David, of course we depend on him as we depend on the new guys, but everyone is fundamental”,explained teammate Moralez when asked if the team depended on Villa.

Remaining invictus it seems the NYCFC pigeons definitely improved from their performance last season. Head Coach Vieira shared “When we talk about last season, part of the game that really needed to improve was the goals that we conceded. I think last year we conceded too many goals and we changed some way that we defend against. So far it’s good, but it’s still only three games and there’s so many games in front of us, but I think having Salaam play today, it just showed how much good work goes into training where everybody understands their role and responsibilities. This is good.”

NYCFC will be facing the New England Revolution next Saturday and can hopefully remain Invictus.