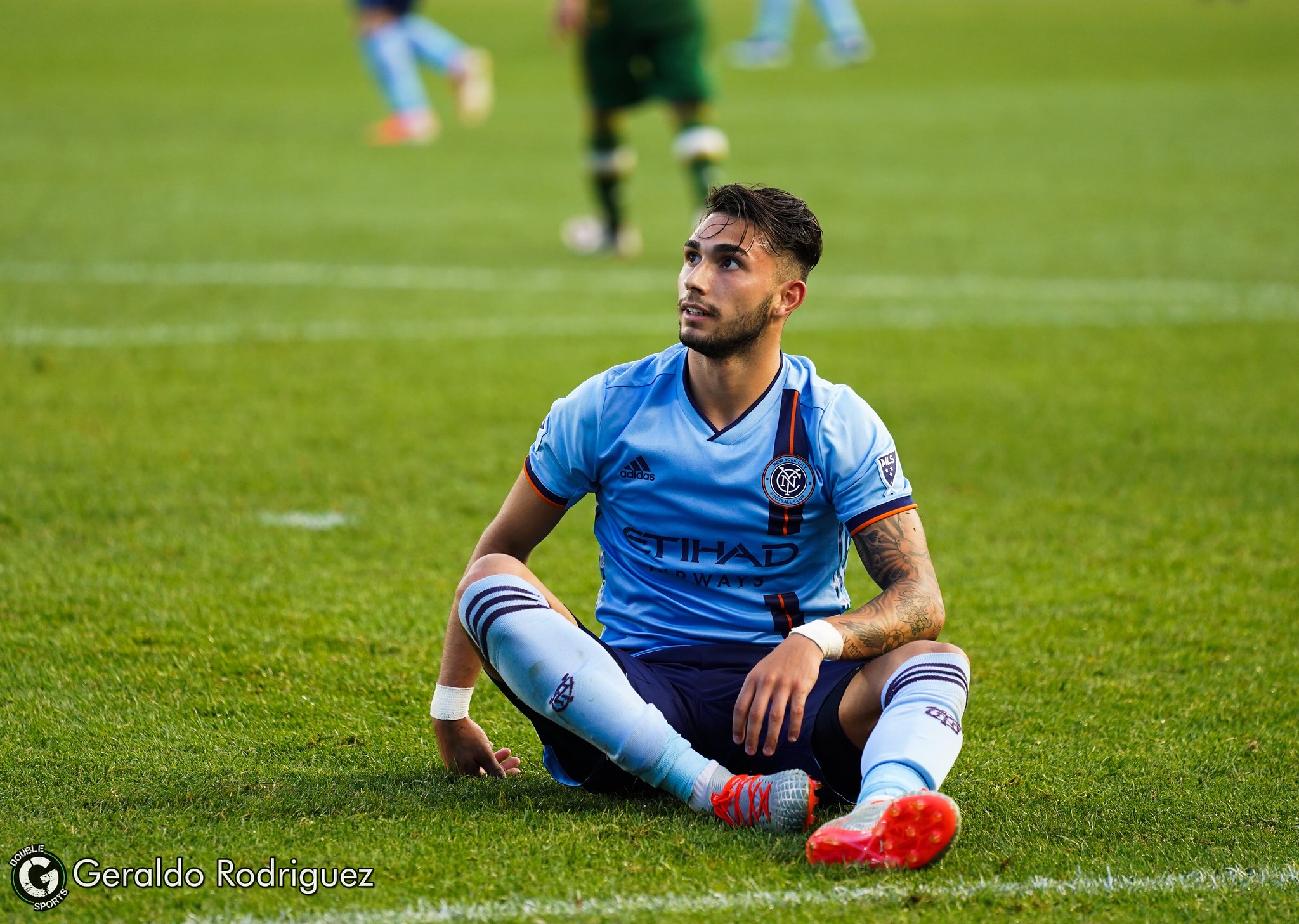 NYCFC came together Sunday for military night at Yankee Stadium. The boys in blue attacked the Portland visitors without any difficulty in the first 12 minutes of the game, but it was in the 13th minute when Sebastian Blanco scored the first one of the game for Portland and surprised everyone at the stadium.

Claude Dielna from the Portland timbers received a yellow card in the 40th minute of the game.

In the 43 min another Portland player (Blanco) received another yellow card after tripping Maxi Moralez. The boys in blue ended the first half trailing behind with one goal. They began the second half with high energy and maintained possession of the ball long enough but couldn’t produce any significant outcome.

In the 77th minute, Jesus Medina was brought in to try and make moves happen but even though he bought in a burst of energy and some good moves and attacks nothing came out of it. Portland had a strong defense and kept it strong for the rest of the game.

Kacper Przybylko Scores as Union Draw to Orlando City
The US Women’s National Team is Leaving a Legacy – Don’t say you never heard of them
Posting....