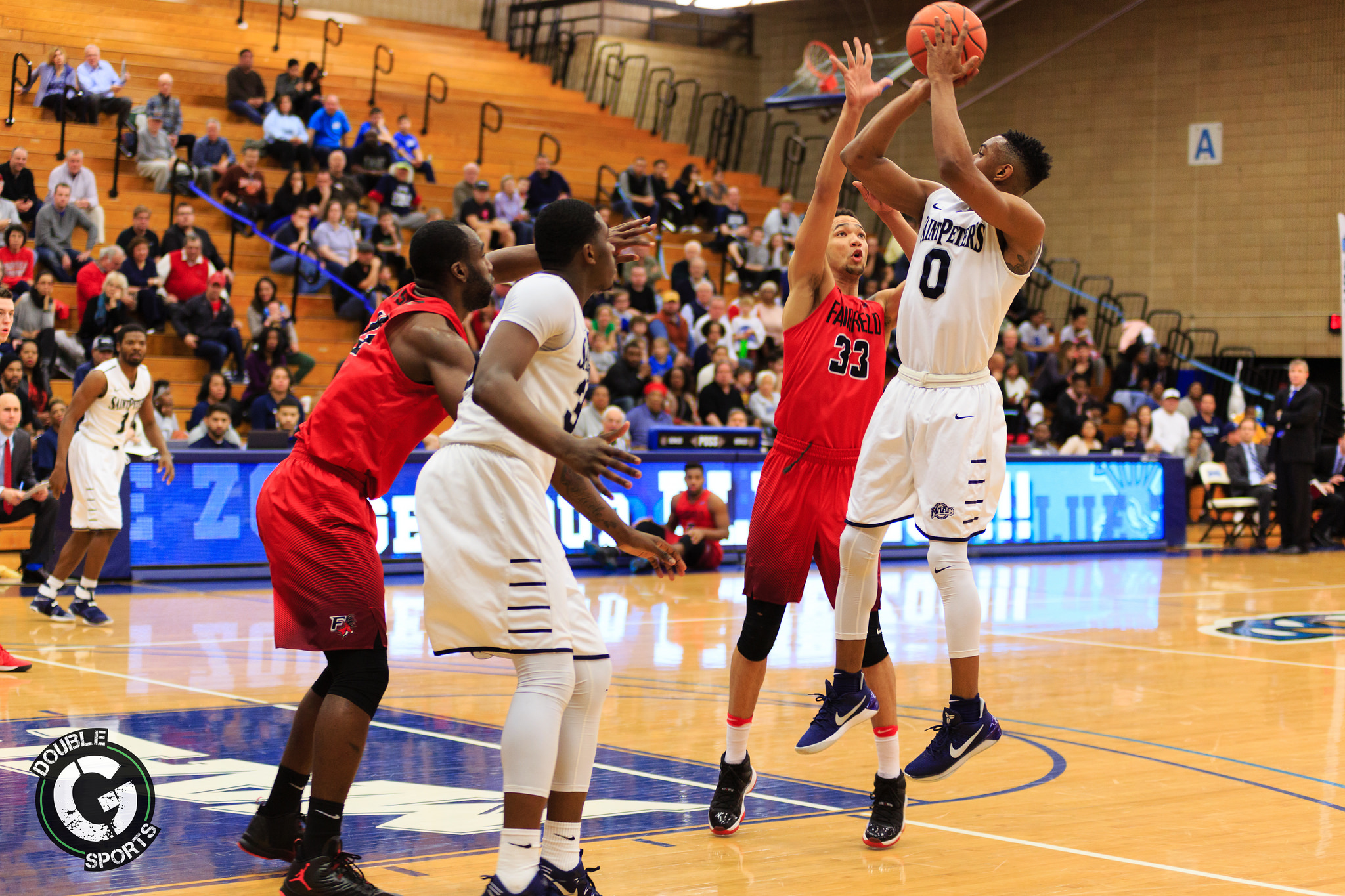 The Saint Peter’s men’s basketball team came up short in a close 54-49 loss against the South Alabama Jaguars in the Hall of Fame Tip-Off Tournament on Sunday, Nov. 19 at the Mohegan Sun Arena. In light of the defeat, guard Nick Griffin earned All-Tournament team honors for his performances in the two games.

The Peacocks were led by forward Samuel Idowu’s 10 points while forward Nnamdi Enechionyia reigned dominant from downtown with three three-pointers for a total of nine points. Griffin and Cameron Jones followed the two with eight points a piece. Guard Davauhnte Taylor showcased his defensive ability by leading the team in rebounds (8) and assists (3).

Idowu opened up the contest with four points to lead 5-4. Forward Julian Powell made his debut by extending the lead 6-5. After a pair of steals from Jones and Jeremiah Livingston, that were exchanged into points by Quinn Taylor and Livingston, the Peacocks extended their lead 18-16. However, that didn’t last too long after the Jaguars reclaimed the lead 24-21 going into the half after outscoring the Peacocks 8-3.

Saint Peter’s struggled in the second half after South Alabama went off on an 16-8 run to have a 40-29 advantage over them. The Peacocks fought back by holding the Jaguars off and cutting the deficit to just six points, 40-34, thanks to two points from behind the line by Turner and a corner three from Griffin. The two teams continued to flirt with the score until Jones hit yet another shot from behind the arc to give SPU a chance to comeback from just six points. South Alabama continued to add points to the board behind two free throws and Enechionyia tried to close in on the Jaguars with a hard three to just trail 54-49. However, with 15 seconds left, SPU was unable to win over South Alabama.

The men’s basketball team will have a full week off for Thanksgiving break and will return to the court on Sunday, Nov. 26 when they travel to Lafayette at 2pm.