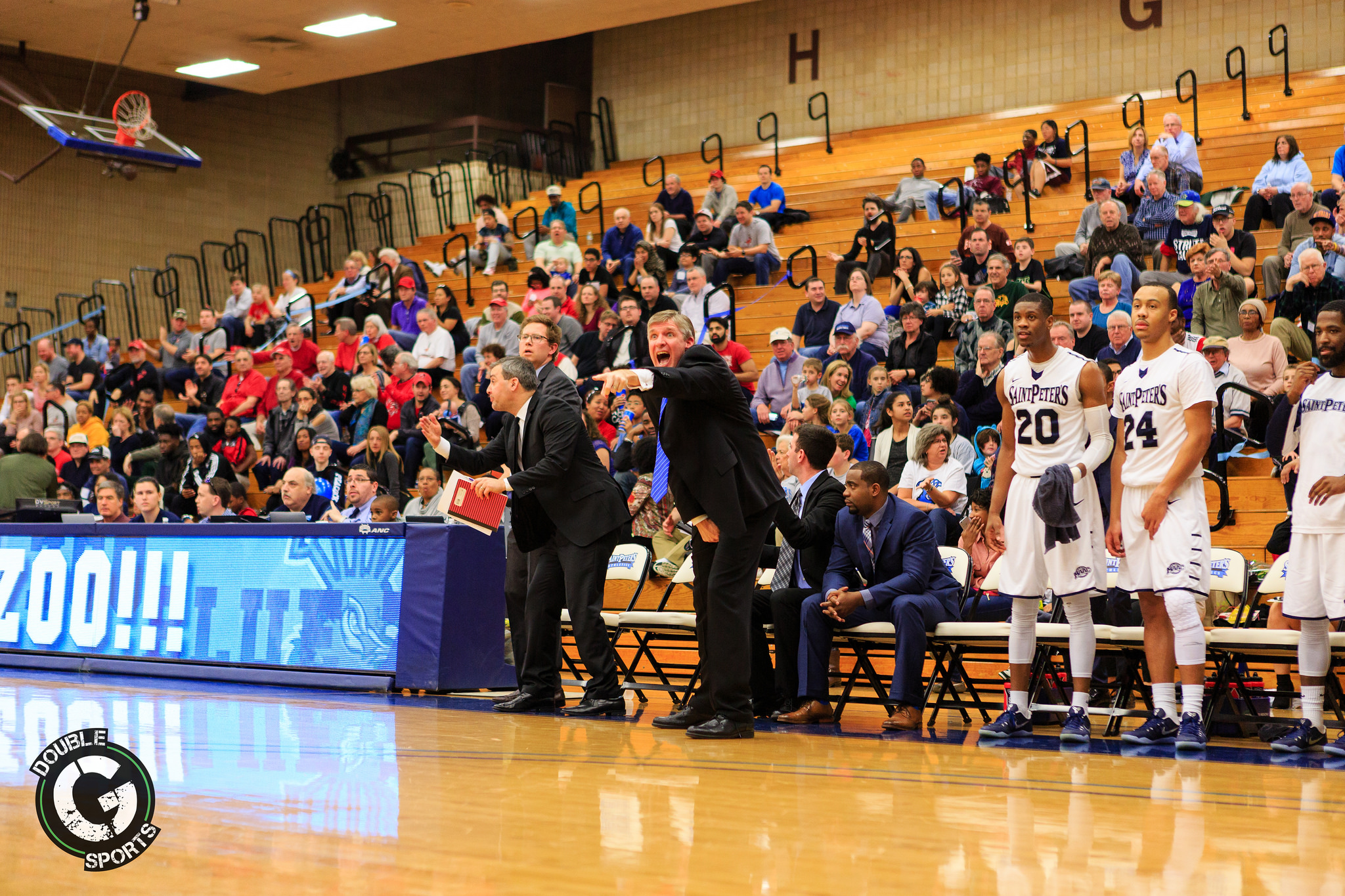 The Saint Peter’s men’s basketball team was led by sophomore Quinn Taylor who scored, yet another, career-high of 17 points and 12 rebounds, his second double-double of the season. Davauhnte Turner had 14 points while Elijah Gonzales and Nick Griffin each had 11 points. The Peacocks, however, were still edged by Elon in a 77-65 double overtime loss on Saturday night.

Saint Peter’s got the early 8-1 lead after a pair of four points from both Turner and and Taylor. The team continued to dominate with a 13-1 advantage, with 12:19 left in the first half, until Elon answered back with eight straight points, making a slow 13-9 comeback.

It wasn’t took long until Elon was right on SPU’s tail, trailing 15-12, but Taylor delayed their opportunity by a layup and an and-one, extending to 18-12. Elon put their foot back on the pedal as they went on a 7-0 run, claiming the first lead of the night over the Peacocks at 19-18.

After going back and forth with the lead, Saint Peter’s trailed just one possession, 26-23, at the half.

The Peacocks got re-energized as they opened up the second half with a 13-0 run, claiming the 36-26 advantage thanks to downtown splashes from Griffin and Gonzales. Elon weren’t too shy to go on a 13-0 run as well, causing SPU to trail 43-39. Saint Peter’s remained in the game thanks to a three-ball from Gonzales to cut the deficit to just a point, 49-48.

With just 2.4 seconds left in regulation, Taylor took in an easy layup to tie the game at 52-52. Elon had a chance to end the game at this point, but Brian Dawkins stepped on the court during the inbound, turning the ball over to Saint Peter’s but Samuel Idowu also had a missed opportunity for a game-winner.

Elon continued to go strong in the first half by scoring four consecutive points for a 56-52 lead. Turner consistently drove in the lane for made layups to help keep the Peacocks in the game. After one of two made free throws from Elon, it was 61-59, SPU had the opportunity to tie or win with just 13 seconds on the clock. Taylor took it to the rack and drew a foul for a successful three-point play.

Idowu tried to set the tone in the second overtime with a layup, but Elon continued to take control of the 69-63 with just a minute left. Griffin hit a long jumper, cutting the lead to just 69-65, but Elon claimed the 71-65 victory after two made free throws.