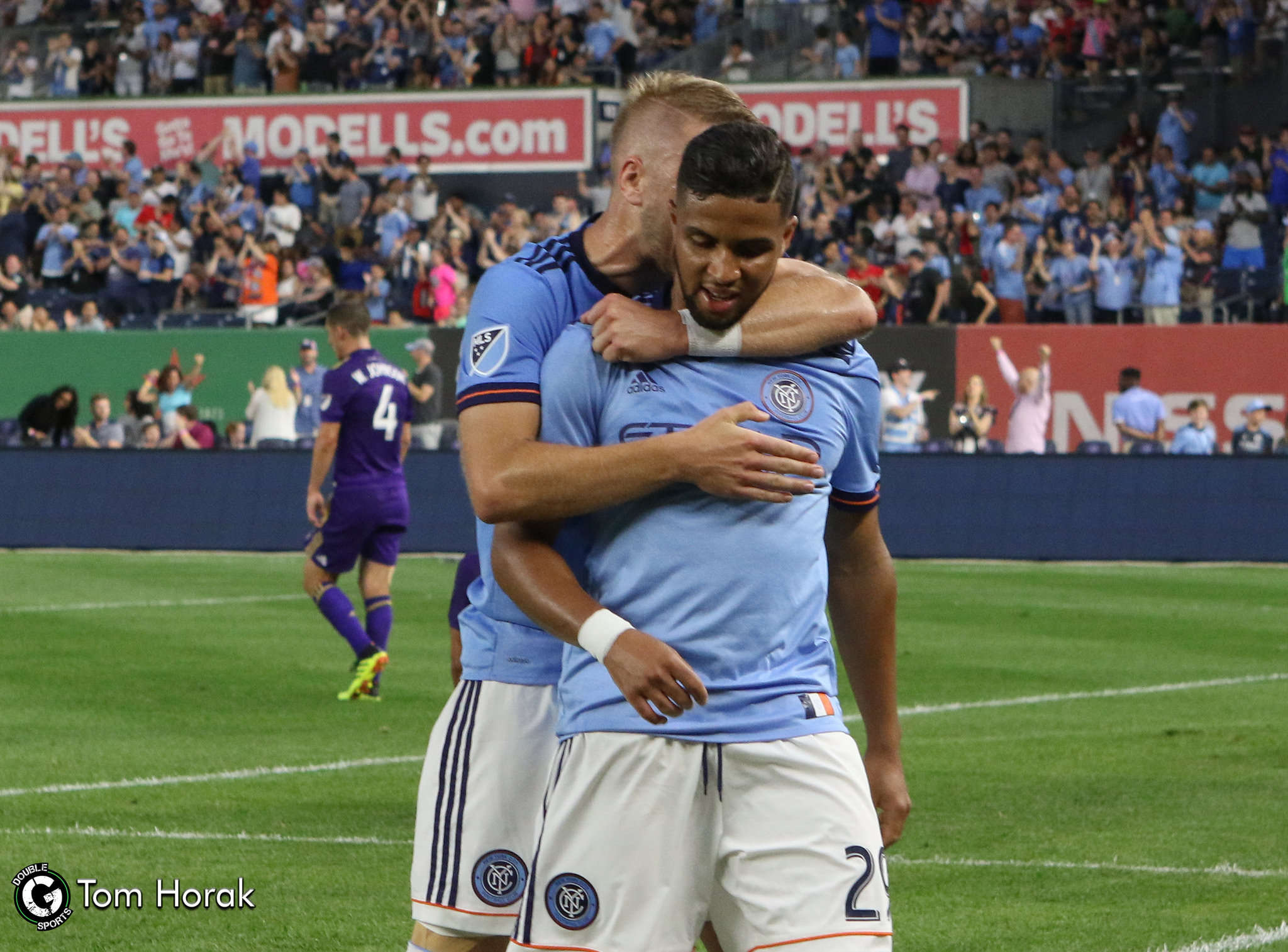 Philadelphia Union knocked out of playoffs by NYCFC

NYCFC will host Atlanta United on Sunday in the next round of MLS Playoffs.

Bronx, NY – Wednesday night at Yankee Stadium, the NYCFC boys in blue faced off against the Philadelphia Union for the second time in under one week. The game started off in an explosive manner as Ismael Tajouri rocketed the ball into the goal in the 10th minute. This completed the first goal of the night and the first of the postseason for NYCFC.

20 minutes into the game and the boys in blue seemed to maintain most of the ball possession and kept the Union away from attacking their territory.

Maxi Moralez sped up and assisted with a swift right pass to David Villa and the captain shot the ball in for his first goal of the season in the 26th minute. 35 minutes in the game and it was very clear for anyone watching that this time the boys weren’t playing a normal game and they were playing with their heart as they did not just run, they sprinted towards the ball, moved quickly and smoothly around the field, communicating with one another.

After the 2nd half resumed, NYCFC kept working towards Philadelphia territory but the Union kept up a strong wall and the score remained 2-0 well into the second half.

Moralez, also known as the spider, scored the third goal of the match in the 78th minute. Moralez finally had his time to shine as he assisted on the previous goal and seemed to take up any opportunity he had to push NYCFC forward during the match.

Philadelphia did not want to suffer completely and they scored there first and only goal of the night in the 83rd minute. The game concluded at 3-1 with NYCFC advancing forward in playoffs.

After the game, coach Domenec Torrent said, “I don’t get tired of repeating that victories belong to the players. I want to thank our supporters for coming here today because it’s a special day and its not easy.”

“Every one is healthy, and we hope this continues all playoffs, and this is good for Dome, because he can choose different options for the benefits of the team,” said Villa on the team advancing. “We are more focused now and it’s not a secret that in the last month of the regular season we did bad but we were missing many important players.”

“Being healthy in the playoffs is very important, and we are happy because of the way we played today,” continued Villa. “We are confident at home you know? For me, my opinion is, we play better at home against Atlanta. Atlanta is an amazing team, they’ve done very well all season but when we play against them we hurt them a lot in some moments.”

NYCFC will face off against Atlanta United this Sunday at Yankee Stadium.