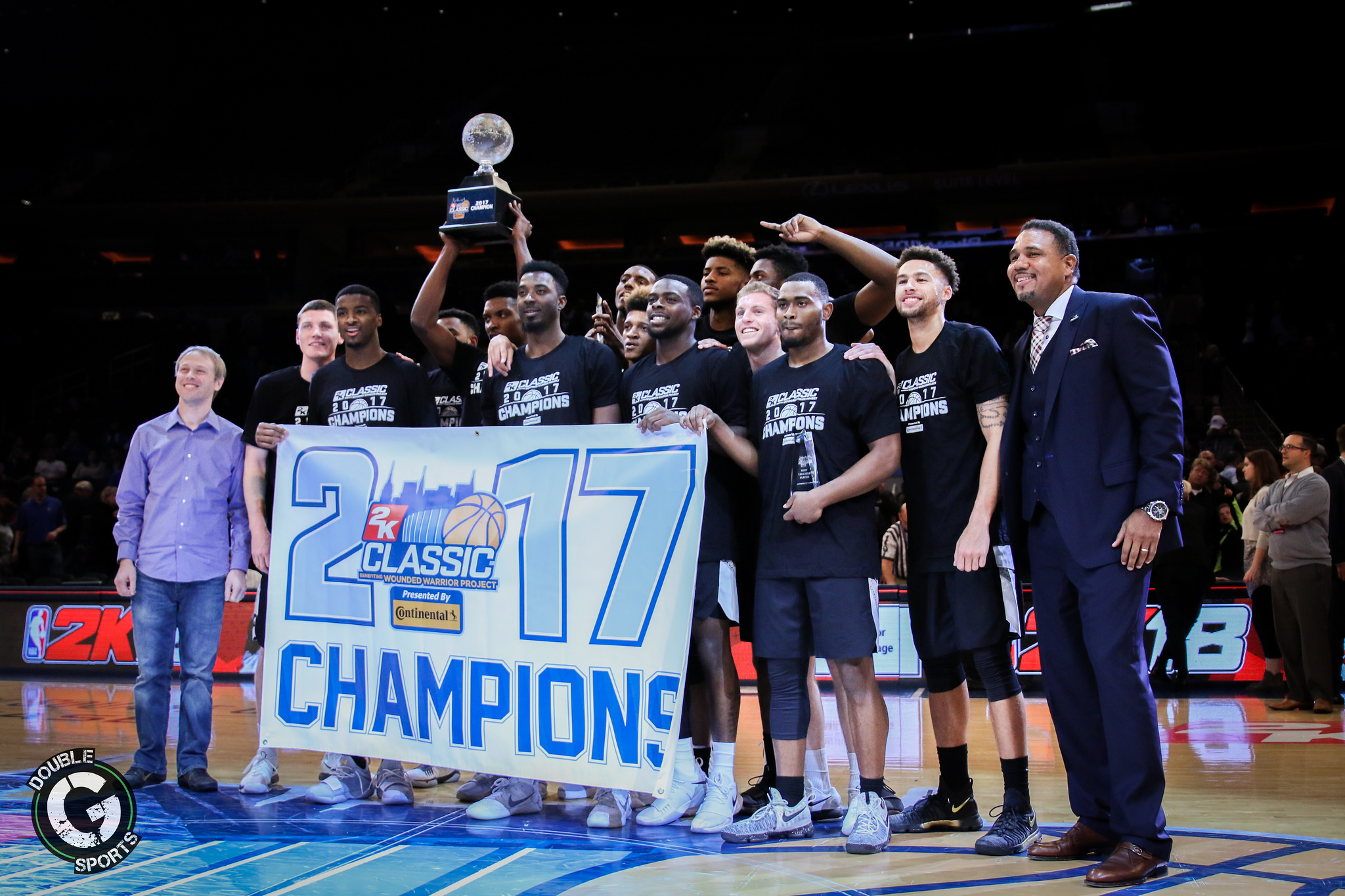 Friars finished two days of games at MSG with a win over Saint Louis in the championship of the 2K Classic.

Both teams looked sluggish in the early minutes as the Friars and Billikens shot in the low 30 percent range. The game began to turn as Providence started to push the tempo offensively midway through the first half. This led to transition baskets and open shots, which the Friars began to make consistently. The move to an up-tempo style improved the Friars ball movement as Providence finished the first half with nine assists on 15 field goals.

On the other end, Saint Louis could not get on track. The Billikens shot just 8-of-26 from the field in the first twenty minutes of play and turned the ball over nine times. Their woes extended to beyond the arc as Saint Louis shot just 18 percent from three-point land (2-of-11) as they faced a 41-21 deficit going into the second half.

The second half started like the first half as Providence continued to be successful on both the offensive and defensive end. The scoring across the board was balanced for the Friars as they had 13 players score at least two points, led by Rodney Bullock who finished with 15 points. Provenience shot 9-of-10 from beyond the arc as they finished shooting 62 percent from the field for the game.

Javon Bess led Saint Louis with 16 points as the Billikens shot just 34 percent from the field. This included 5-of-20 from the three-point line.

In the early game, Virginia Tech defeated Washington 103-79 to win the consolation game. The Hokies were led by Justin Bibbs, who scored 30 points against the Huskies.