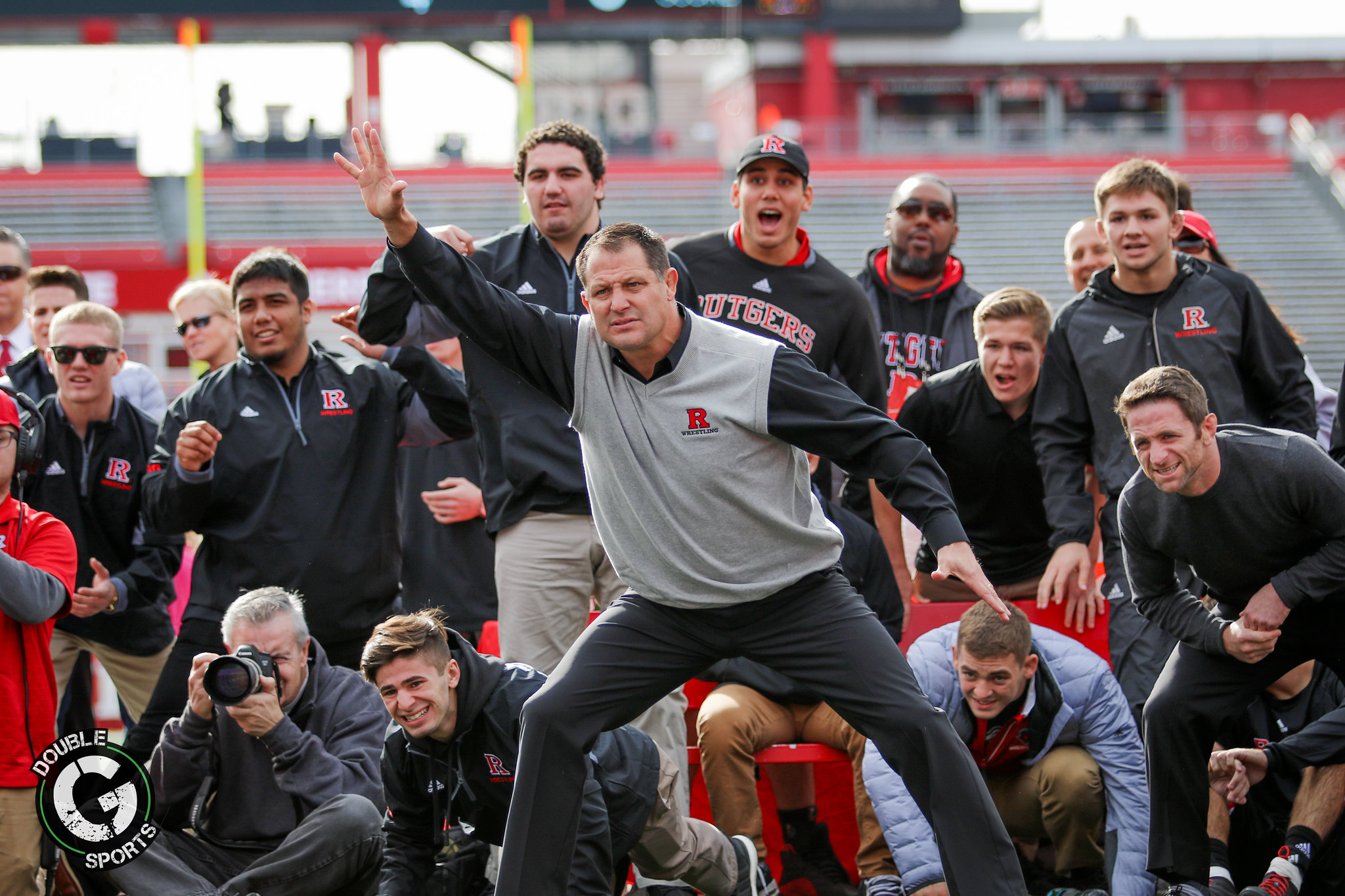 Rutgers wrestling is coming off its most successful season in program history and opens their 2019-20 schedule Saturday at the RAC in a dual meet against LIU, Pitt-Johnstown, and Centenary. The days of calling the College Ave Gym home are in the past, as this season will mark the program’s first headquartered in the newly constructed Robert Wood Johnson Barnabas Health Athletic Performance Center, where it held its annual media day Thursday morning.

The new billion-dollar facility comes with three floors of one of the nation’s highest rated training center’s for wrestling, a far cry from the basement of the College Avenue Gym that has headquartered the team for the past several decades.

But within the greater details of the organic cafe, hot tubs and garden terrace, comes an element of lost identity for a team that has prided itself on blue-collar grit. While the players have welcomed the high-end space to train, and the sense of class that comes with the premium investment, even they admit that the older and “dirtier” basement of the College Avenue Gym had a special edge to it that reinforced the program’s culture.

“It was kind of a joke we made when we first came here. We were coming out of the basement at College Ave and now we’re here and we thought it wasn’t as tough of an atmosphere,” said freshman Billy Jazner. “It was brutal in the summer being down there at College Ave, it’s hard to breathe, just covered in sweat … honestly this is just such an advantage its a safe place for us to work out now.”

The wrestlers got their first exposure to the new building together as a team, just ahead of its grand opening back in September. According to Jazner, the team was shocked by the quality of the building when they saw it in person. One of the biggest assets it offers is recovery and workout opportunities with 24-hour weight room access and a combination of cold tubs and hot tubs for post-workout recovery. These tools may be a difference maker in the performance and injury prevention for this year’s team.

“Everybody is taking care of their body a lot more now,” Jazner said.

“These guys wanna go. They don’t want to redshirt. It’s a short window, they’re healthy and when you’re healthy sometimes at this level, you take that advantage and you go. Can we develop them more? Sure.”

Aragona is already familiar with the RAC crowd that he will perform for the first time in front of on Saturday. He came to watch Rutgers wrestling matches as a spectator throughout high school and was exposed to an atmosphere that played a part in his decision to choose Rutgers. However, he’s already had an ovation in front of a Rutgers crowd that got to cheer him on at Beat the Streets at Madison Square Garden back in May.

“It was a great experience, just the environment … I loved it, there’s nothing like these Rutgers fans,” Aragona said.

Rutgers will be without its two national champions from a year ago. The graduation of Anthony Ashnault and the redshirt decision by Nick Suriano to pursue his Olympic dream has left Rutgers unranked to open the season.

It also leaves an entire roster of wrestlers, that may have taken a back seat to Suriano and Ashnault’s national championship campaign last year, to step up and take the spotlight of a program with lofty expectations this year.

Senior 141-pounder Peter Lipari stepped up onto NCAA championship stage alongside Ashnault and Suriano last season in Pittsburgh as one of the team’s seven qualifiers. For him, seeing his team unranked to open the season is personel.

“I addressed it to the team a little bit,” Lipari said. “A lot of people are writing us off and I take that to heart a little bit but its whatever. We’re gonna come out with a chip on our shoulder and prove a lot of people wrong.”

“Last year we performed at the highest level we possibly could … this year it’s just kind of an unwritten page,” Colucci said. “No one really knows what we can do and I think that in a sense, the season is more exciting than last year because everyone always expected Suriano and Ashnault to win but no one really expects a lot from us, so we actually have a chance to be the underdogs now.”