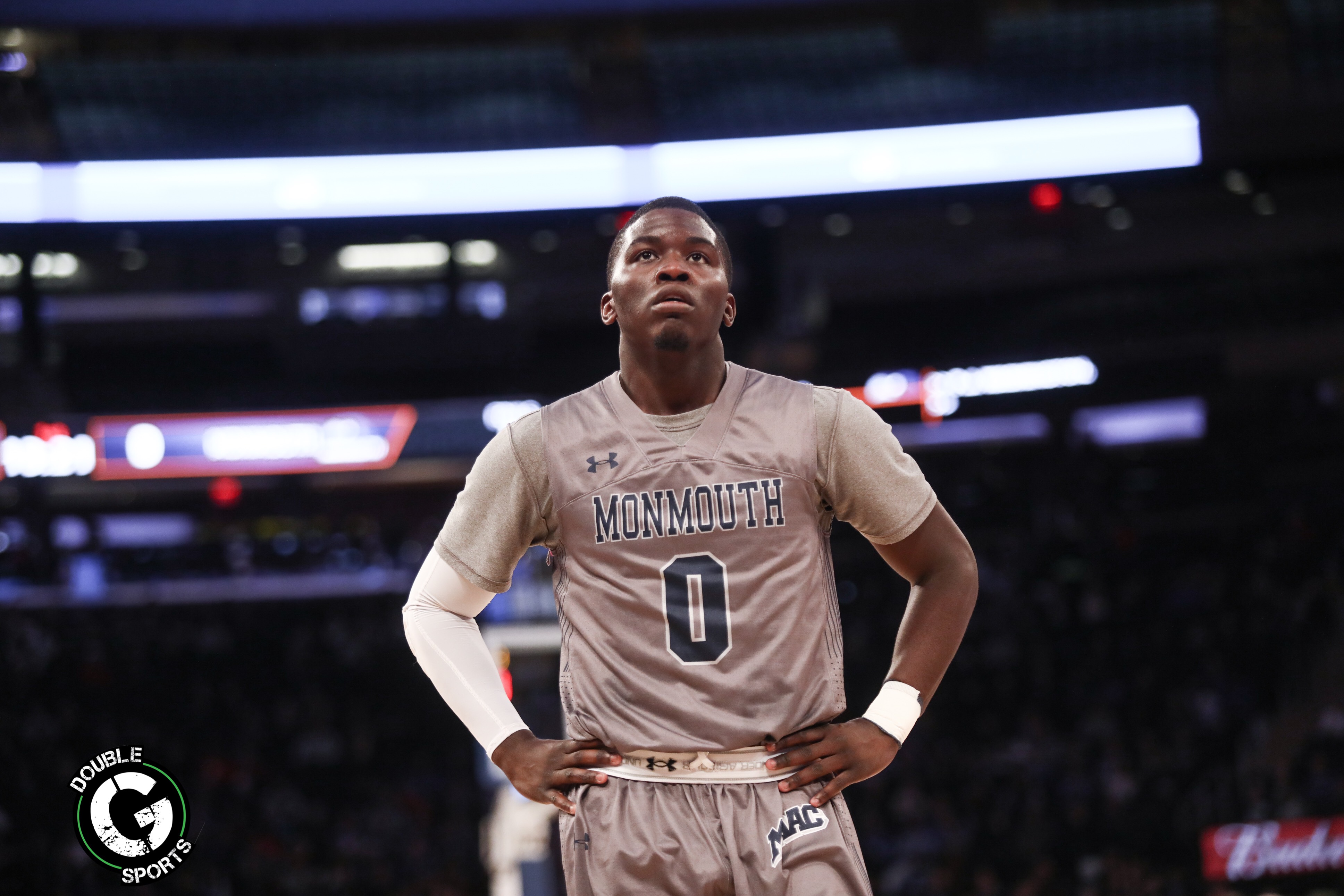 Saint Peter’s Edges Monmouth in First Round of MAAC Tournament

The Metro Atlantic Athletic Conference men’s and women’s NCAA basketball tournaments have begun and are already taking part in the “March Madness”! On Thursday, Monmouth University faced Saint Peter’s in the first round of the battle to the championship. A hyped crowd filled the Times Union Center in Albany in search of a spectacular face-off, and they certainly got it.

Early in the first half, the Monmouth Hawks jumped out to a lead. They limited the Peacocks to just 20 first-half points, the lowest of any of their opponents throughout the whole season. It actually took them six minutes to even get a basket! Monmouth shot a phenomenal 54.3% from the field in the first half, compared to Saint Peter’s 35%, and at one point led by 14. By the end of the half, the Hawks led by 32-20 with a buzzer-beater three from Micah Seaborn.

Saint Peter’s Coach John Dunne emphasized the necessary defense in order to mount a comeback. The Peacocks stepped up their game, causing 14 Monmouth turnovers, blocking three shots as a team, and stealing the ball seven times. Monmouth was able to get their lead up to 15, but Saint Peter’s stayed strong and slowly cut the lead down. Guard Nick Griffin would turn out to be the hero while leading the comeback, dropping 20 points on an efficient 7-13 shooting clip and an astounding 6-10 from beyond the arc.

With just under seven minutes left, the Hawks led by 13. This was quickly cut down to single digits with the help of Samuel Idowu, who finished with 15 points and eight rebounds. Time was ticking down, but the Peacocks kept fighting. With just over two minutes left, the lead was down to four. Griffin splashed two clutch shots from deep, but they were countered with a bucket from senior Zac Tillman with just 14.3 seconds left. The Hawks had a 58-57 lead, and this is where Griffin stepped up. With just five seconds left, he was able to hit another three to give Saint Peter’s a 60-58 lead.

Monmouth was unable to score in the final seconds, and the score stayed the same as the clock expired. Tillman led the Hawks in his final game with 12 points on 5-10 shooting, followed by nine from Austin Tilghman. Tilghman led the team with eight rebounds and five assists as well.

Monmouth’s season comes to a close, with a final record of 11 wins and 20 losses. Their final game was one that featured a lot of bad offensive basketball, simply being a match of who could defend better. Monmouth and Saint Peter’s finished shooting 43% and 37.7% from the floor, respectively.

The Peacocks improve to 13-17 on the season, and advance in the tournament. Their next opponent, who they will play Friday night at 7PM, is the #1 seed Rider.

On Thursday, there were two other MAAC Tournament men’s games. Quinnipiac beat Siena 67-58, and Fairfield topped Marist by a score of 71-57. Quinnipiac will square off against Canisius on Friday, while Fairfield plays Niagara on Saturday. The tournament is shaping out to be an interesting one, and at this point it is almost certain that everybody has an equal chance of coming out on top!