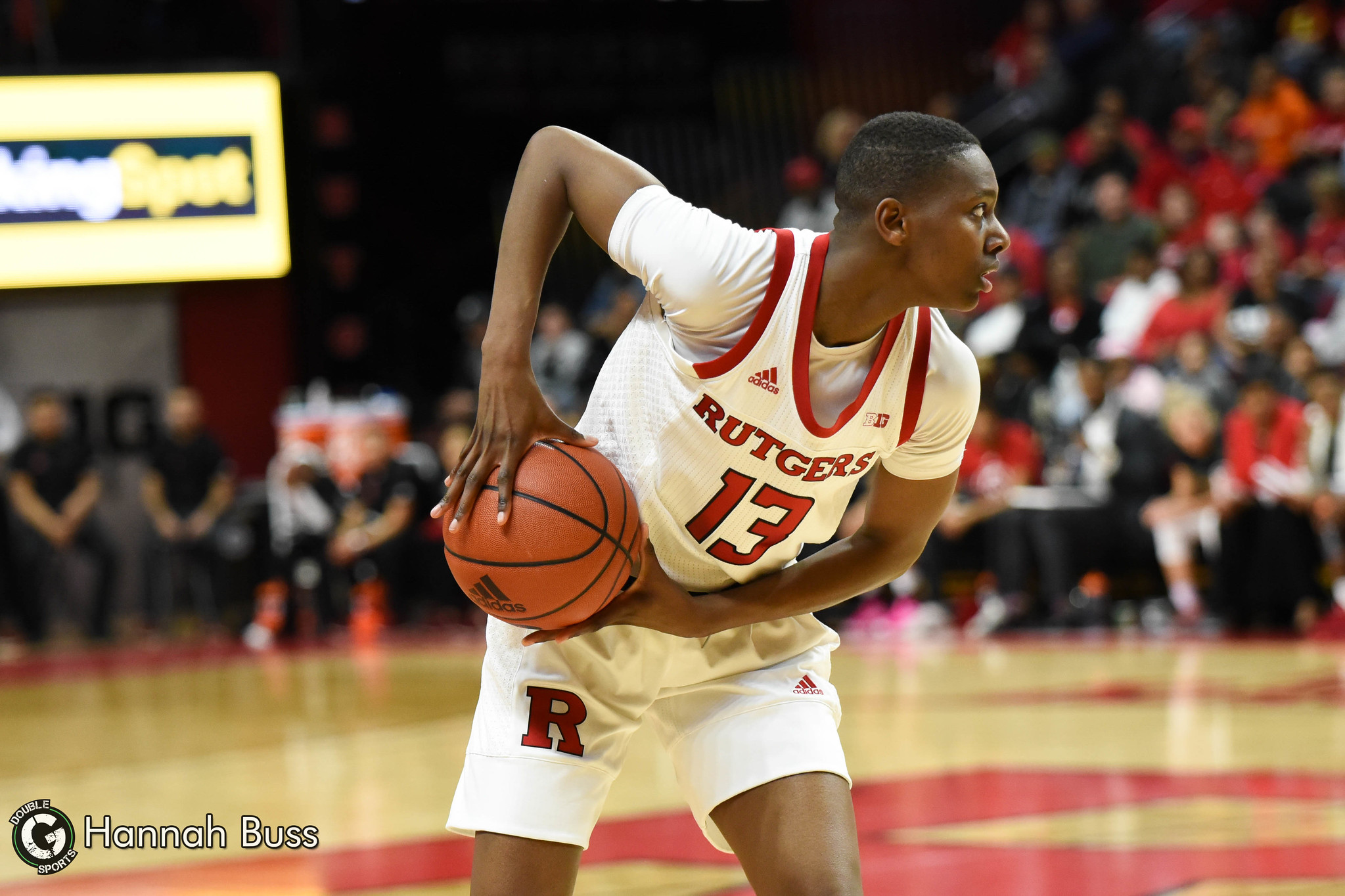 Scarlet Knights Take Down No. 18 Iowa in Overtime Thriller

In the matchup of titans, the Scarlet Knights came away victorious. The Scarlet Knights were never going to completely shut down the potent Hawkeye attack. However, Rutgers was able to limit Iowa in several key areas and force the Hawkeyes into making mistakes at crucial moments.

The Scarlet Knights held the Hawkeyes to just 74 points in an overtime victory, six points less than their season average. Additionally, Rutgers forced 23 Iowa turnovers. The Scarlet Knights did an excellent job of keeping the Hawkeyes in check and forcing them to play from behind for most of the game. Rutgers led for 36:14 of the game, while Iowa only held a lead for just over five minutes.

While Iowa is the biggest offensive threat in the Big Ten, there are still several areas in which it struggles. The Hawkeyes are not a great defensive team and they struggle mightily on the glass. The Scarlet Knights took advantage in every area that they could.

Offensively, the Scarlet Knights put up their third-most points in a game this season. Although they struggled from the field, they battled and managed to hit big shots when it mattered most. More than anything, Rutgers dominated on the glass. The Scarlet Knights outrebounded the Hawkeyes by 13, including 22 offensive rebounds. Additionally, Rutgers exploited Iowa’s defense down low. Tallying 32 of their points in the painted area.

Despite blowing a nine-point fourth-quarter lead, the Scarlet Knights stepped up when it mattered most. Rutgers took the early lead in the overtime period and never looked back. Mael Gilles scored the first four points of the overtime to give Rutgers a cushion. After Iowa cut the lead to one, Arella Guirantes took over. Guirantes scored six consecutive points for the Scarlet Knights, including a three-point play after being fouled and a clutch three-pointer from the top of the key for the dagger. After Guirantes’ three, Khadaizha Sanders hit clutch free throws to secure the victory for Rutgers and send the fans home happy. Guirantes, Sanders, and Tekia Mack each scored 17 points in the Scarlet Knight victory.

The Scarlet Knights have a first-round bye in the Big Ten Tournament. Because of this, Rutgers will not play until Thursday when they’ll face the winner of the Illinois vs. Wisconsin game the day prior.