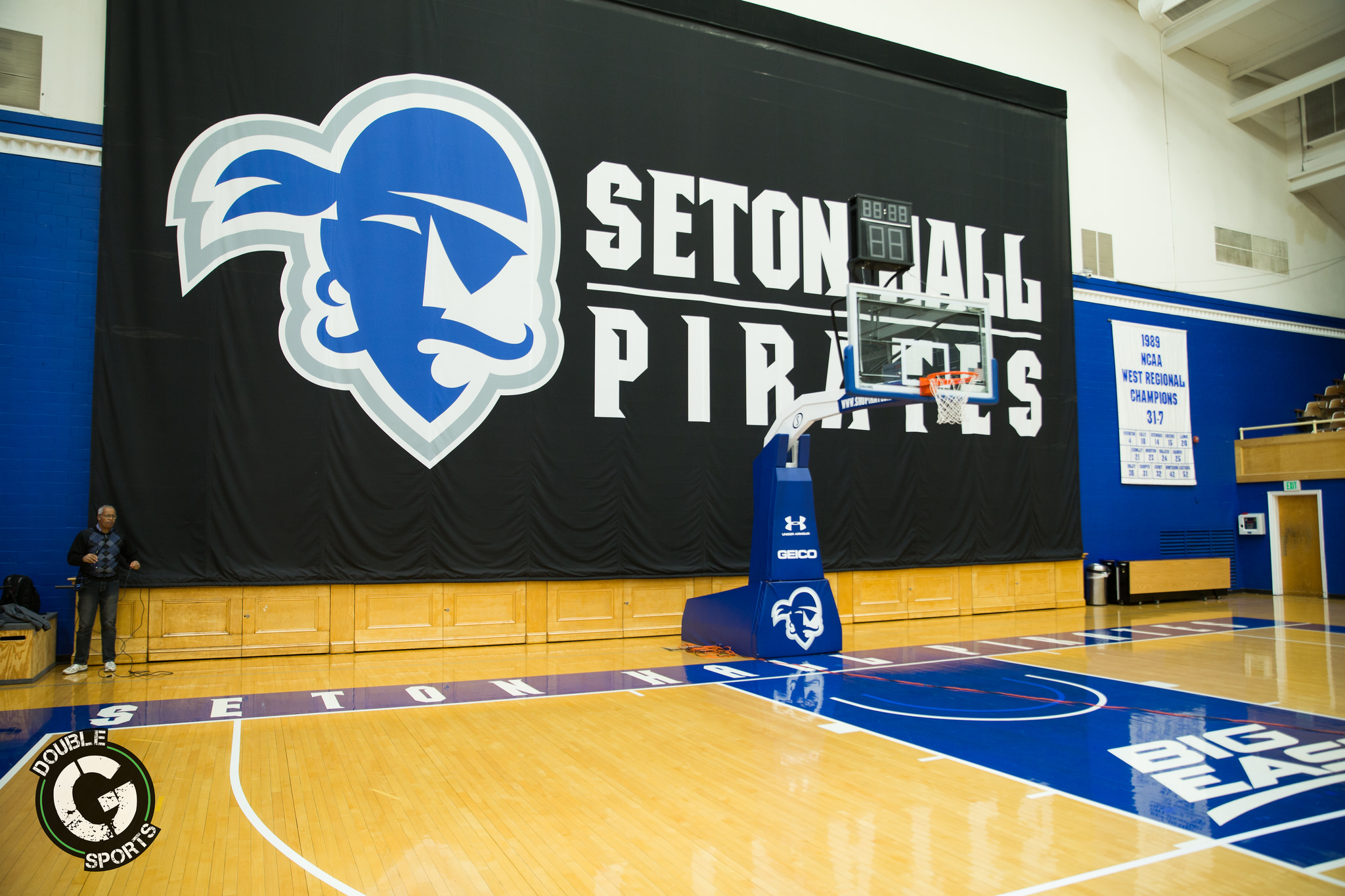 Returning almost all of their scoring, Seton Hall is looking for their first NCAA Tournament win in 13 years.

The Seton Hall men’s basketball team goes into the 2017-2018 basketball season as one of best teams in the country. Currently ranked 23rd in the nation, the Pirates are also one of the elite teams in the Big East conference. The expectations for Seton Hall’s upcoming season are significant as they look to improve on last season’s 21-12 record.

The Hall returns 90 percent of their scoring from a season ago including Angel Delgado. The preseason All-American and National Player of the Year candidate’s place on the team was in doubt as he was considering moving on to the NBA. Ultimately Delgado decided to return to South Orange for his senior season.

“We definitely want to get to a Final Four, we want to win [another] Big East championship, we want to win a regular-season title,” said Carrington, during Big East Media Day. “We want to raise all the banners. There’s no next year for us.”

While the senior trio of Delgado, Carrington, and Rodriguez leads the charge, the Pirates will also have an excellent supporting cast of role players. Freshman guard Myles Cale is tasked to lead a second unit that struggled at times for Seton Hall. Also new to the team is 6’11” freshman power forward Sandro Mamukelashvili, who showed a preview of what he could do with 13 rebounds (5 offensive) in Seton Hall’s exhibition win against LIU-Post on Saturday.

“All the young kids have been really impressive,: said Seton Hall coach Kevin Willard in an interview with the Asbury Park Press. “Myles Cale hasn’t done contact drills but he’s been in individual instruction and dummy offense. His athleticism and his ability to get to the basket are really going to help us. Sandro (Mamukelashvili) has been phenomenal — skilled player, worked hard on his shooting to improve his range. Jordan Walker, he’s so young but every day he gets more mature. He will help us with a different speed.”

For the Pirates, preventing turnovers and improving their shot selection on the offensive end will be critical to success. Delgado will continue to anchor the middle on the defensive end. However the Pirates’ perimeter defense must improve, especially with the talented shooters the Pirates will see in conference play.

The pressure will be on for Seton Hall this season as the eyes of the country will be on them. The target is squarely on their back, and the leadership from the upperclassmen will need to keep the team focused. Barring any major injuries, this season has the chance to be a special one for Seton Hall