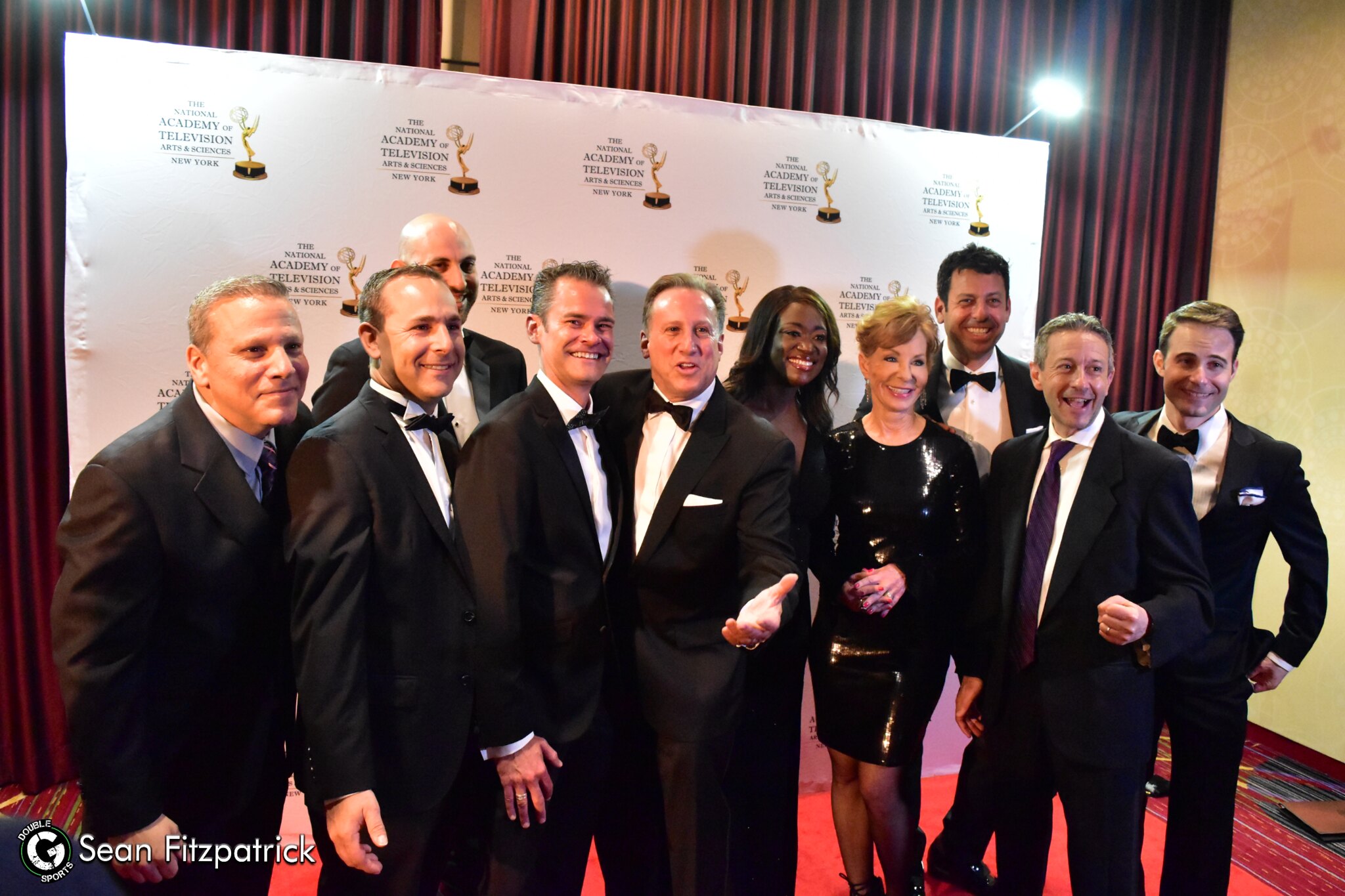 Sports Journalism Through The Eyes of Journalists

Sports journalism is no different than any other journalism work. Reporters still have the responsibility to state the facts and be objective, while also have fun and throw in some passion.

“You gotta see both sides of the equation,” Bruce Beck told me at the New York Emmy Awards. “I can still root for my New York teams in a little bit of a way because I am a New York sportscaster, but at the same time I have to be fair and objective as much as possible.”

It’s the first time DoubleGSports is covering the New York Emmy Awards. The hard work of journalists, reporters, anchors, and people in media is being rewarded and we were there to cover all. “It’s like a camp reunion,” the New York Chairman Marvin Scott said. “I think their work is a testament of quality reporting. Whether is reporting the hard news, sports or entertainment.”

As an aspiring sports journalist, I am delighted with the recognition sports journalism has in the industry. The ceremony had 578 nominees; including the sports category. Yes Network won 13 New York Emmy awards, the most award-winning regional sports network this year.

“Sports journalism is important because you want to be ethical,” Beck said. “You want to cover the stories accurately and you can throw some personality in, but it’s important to understand the facts and, do it professionally is so important. It’s not always about opinion, but getting the story correct.”

Roma Torre from NY1 won an Emmy Award for theater critic, and even though, she is not a sports journalist, sports runs in her blood. Her dad was a professional boxer and a few years ago she played soccer for a team called ‘soccer moms’. She is a New York Red Bulls fan and has gone to a couple of games. “I’m warming up to them, they have been around for a while but I’m not yet a super fan,” Torre said.

When I asked her about a female sports journalist, this is what she said, “I just want to make sure that the women who do enter are there for their qualifications, their skills and talents and not necessarily for the appearance. Of course, appearance matters, but it’s not about looking good, that’s a very sexist strategy. I want to see women there because they deserve to be there, and they truly belong.”

The job of a journalist, whether is reporting sports, hard news, politics or entertainment is about “honesty” as Scott said, “we are storytellers, tell the story, leave everything outside, just tell the facts.”

IMAGES: NY Emmy’s Red Carpet – May 4, 2019
How and Why You should Protect Your Eyes While Playing Sports
Posting....