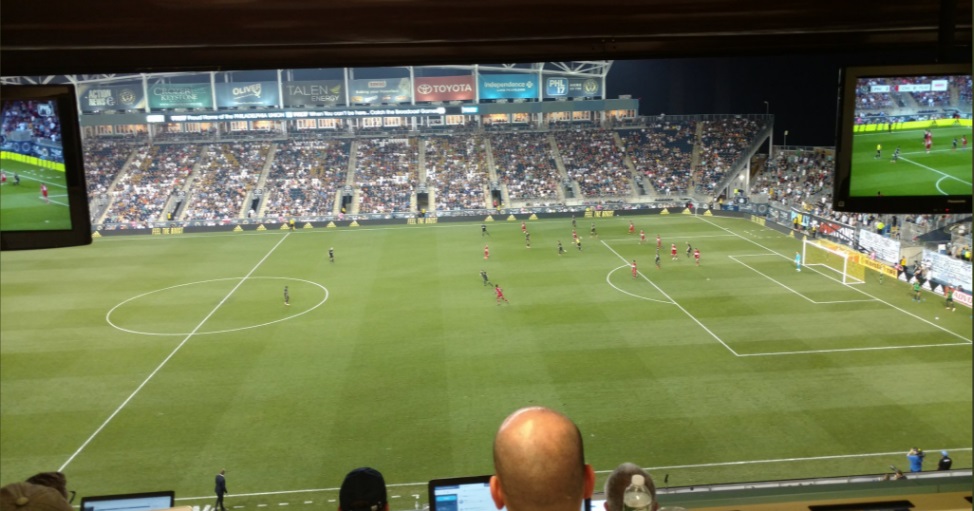 The Union remained in first place in the Eastern Conference after a 2-0 win over the Chicago Fire on Saturday.

Chester PA:  We are in the dog days of summer and the heat was out on Saturday night as the Philadelphia Union took on the Chicago Fire from Talen Energy Stadium in Chester PA.  The Union enters this game off a loss to Real Salt Lake on July 13 and the Fire head to this battle with the Union off a Tie on July 17 with FC Cincinnati.

Squad bringing a lil🔥 of their own

This game marked the first time that CJ Sapong and Fabian Herbers would play their first time back against the Philadelphia Union.

Early in the first half, both the Union & Fire would have some good chances to score. The Union would open the scoring on a free kick as Marco Fabian

The Fire would have their chances to answer but Union goalie Andre Blake would make the saves as the Union took 1-0 lead at halftime.

In the second half, the Union would keep the pressure on Chicago. The Union would make the Fire burn in the 65th minute as Anthony Fontana puts home the rebound for the 2-0 lead.

The Union will now head to battle with Montreal on July 27 while the Fire will rebound from this loss as they take on DC United also on July 27.

Four Baby Bulls Named to USL Championship Team of the Week
O.J. Simpson Issues a Warning About Not Paying Ezekiel Elliott And Underestimating The Value Of a Running-back
Posting....