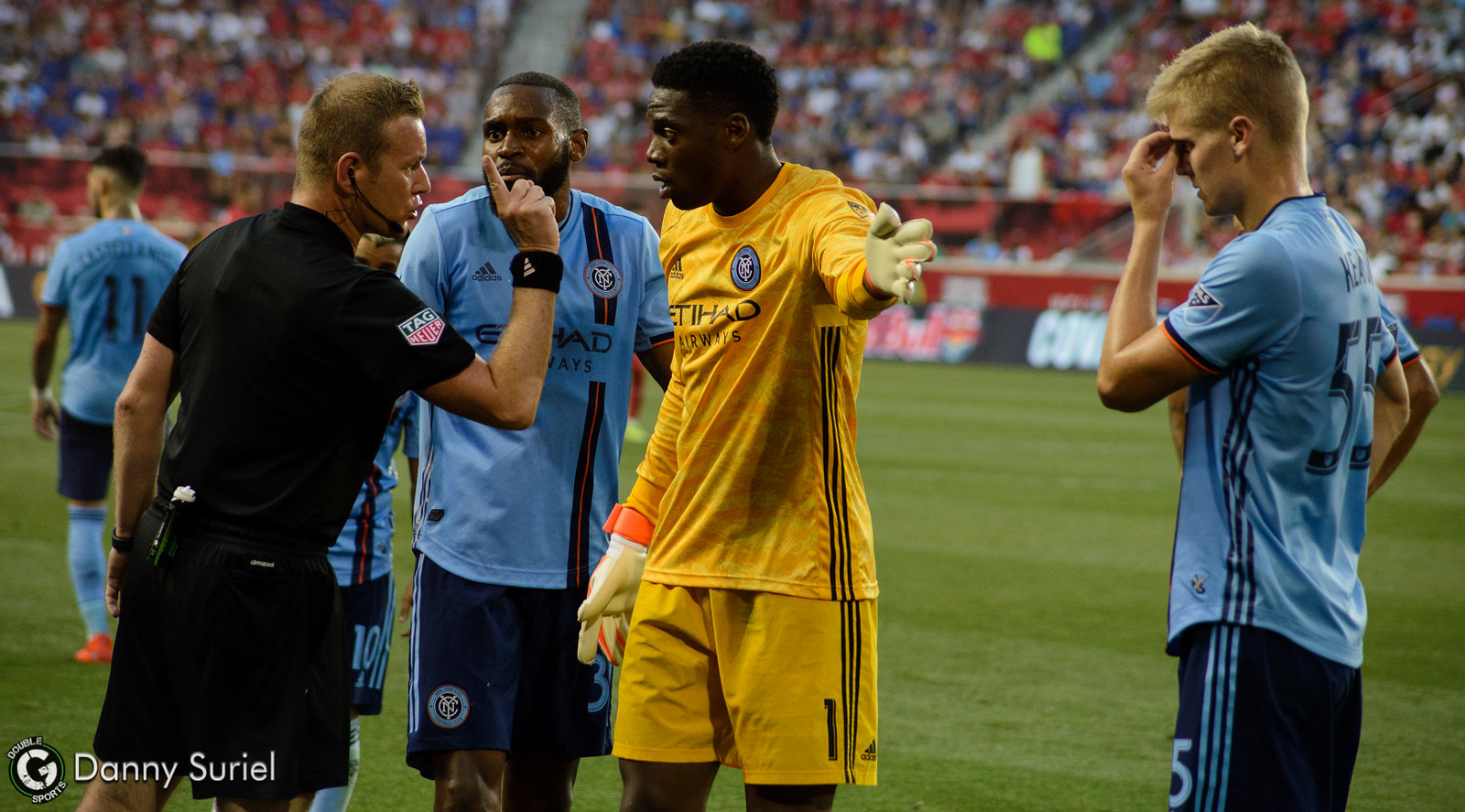 Let’s kickoff by saying, if you have never been in a football game and you are in New York or New Jersey, the New York Derby or the Hudson River Derby as it is known, is a good game to go.

Early on the game at minute 7, NYCFC who were visiting the Red Bull Arena opened the scoreboard with a goal from Héber. NYCFC fans went crazy and started singing louder.

The defense was very tight from both endings. NYCFC had more possession during the first half, but RBNY had more opportunities of goal. The continuously fouls from both teams and the waste of time from players being on the floor made the game slow.

At minute 29’ a yellow card was issued to the RBNY player, Amro Tarek.

The first half was going to end, and just in extra time, at minute 46’ a penalty kick by Daniel Royer gave the equalizer to the home team.

The game didn’t change too much during the second half in terms of fouls. By the end of the 90 minutes the referee gave nine extra minutes, which is a lot for a game.

The controversy came at minute 60’ when the RBNY scored their second goal. The assistant referee pointed a corner-kick, but the players did a throw-in and the referees let the game on, in consequence the ball ended up on the back of the net.

The call of the referee leaves space to different opinions. “If it’s an error that’s unfortunately,” said Chris Armas, coach of RBNY.

Whether this play decided the game, or the referee was wrong or not, the W is for the home team. With this result, the New York RedBulls are in third place in the table of positions. NYCFC are in sixth place.

The next New York Derby is on Saturday, August 24 at 7:00p.m in the Yankee Stadium.