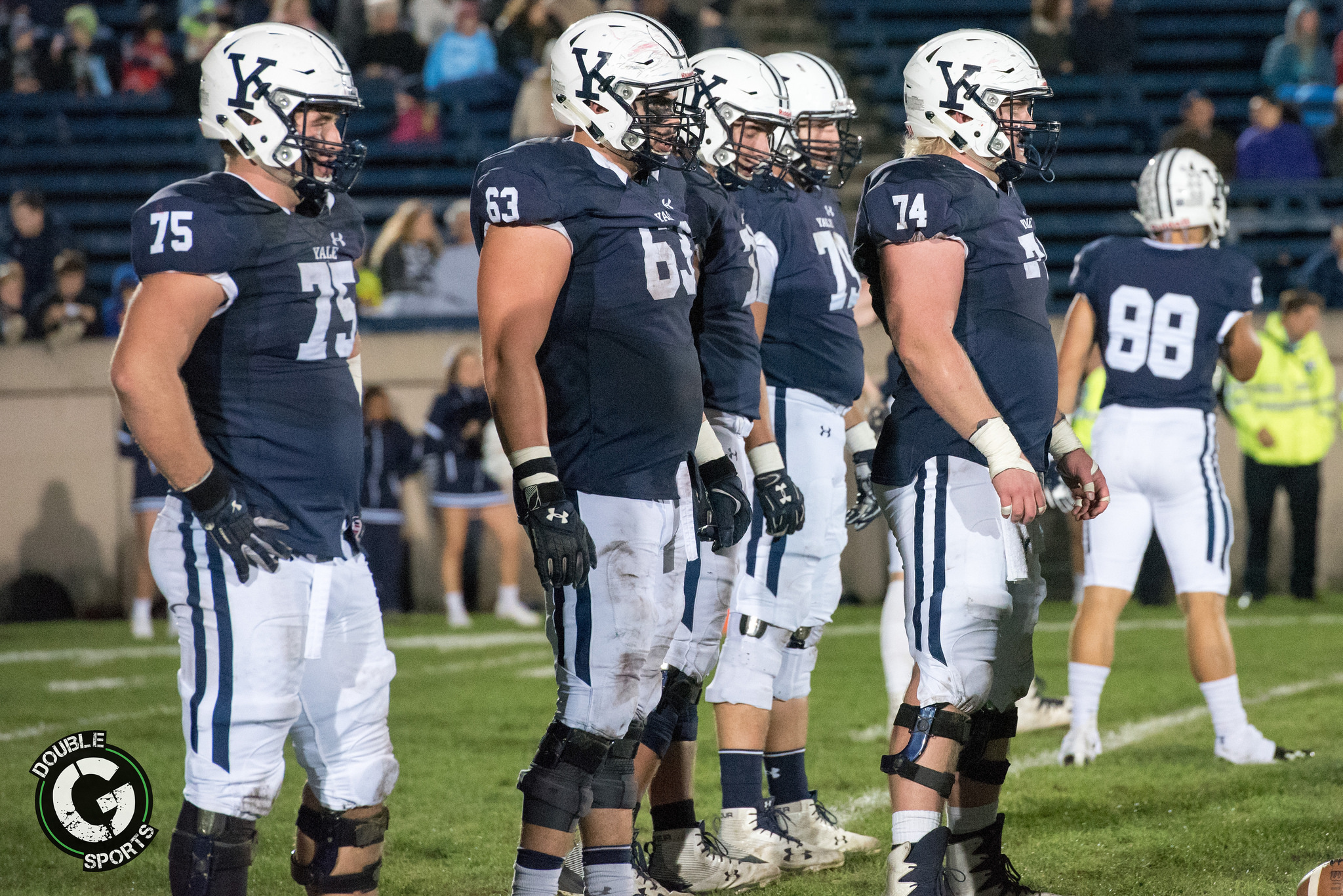 Yale and Harvard meet in the 134th edition of THE GAME.

Tony Reno’s Yale Bulldogs 8-1 (5-1 Ivy) are in control of their own destiny as they head into THE GAME Saturday with the Harvard Crimson 5-4 (3-3).

Yale, with a dramatic 35-31 win last week over the Princeton Tigers, has clinched at least a share of the Ivy League title and can claim sole possession of the 2017 title with a win over Harvard on Saturday at the Yale Bowl, the Bulldogs first since 2006.

If the Bulldogs lose to the Crimson, Columbia and Dartmouth can also lay claim to a share of the title.

Yale sophomore quarterback Kurt Rawlings sparked the Bulldogs win over Princeton as he led Yale back from a 24-7 second quarter deficit. Rawlings was 26-for-34 for 304 yards and two touchdowns. The Bulldogs freshman phenom running back Zane Dudek rushed 35 times for 180 yards and three touchdowns in the Princeton win. Dudek finished with 212 all-purpose yards.

Harvard lost a shot at a share of the Ivy League title last Saturday in a less-than-inspiring 23-6 loss to the Penn Quakers 5-4 (3-3) at Harvard Stadium.

The Harvard offense was contained all day by a veteran Penn defensive unit that limited the Crimson to a pair of field goals (24,32-yards) by Jake McIntyre.

The Crimson defense will face a mountain of a challenge in defending Rawlings, who is having an MVP-type season and Dudek, who is the front-runner for National Rookie of the Year honors.

Harvard has failed to play consistent football but they have been a very dangerous team coming off a loss in the previous week.

The Game at the Yale Bowl (12:30 p.m. kickoff) will air live on CNBC Sports and broadcast on the Yale Football Radio Network (ESPN Radio AM-1300 in New Haven). Paul Burmeister and Ross Tucker have the call on CNBC while Ron Vaccaro and Jake Siedlecki have the call on radio.

It’s the year of the Bulldogs!

Dartmouth and Columbia need a Yale loss to remain in the Ivy title chase.

A Yale win will be their first title since 2006, and their first outright title since 1980. Columbia has only one Ivy League title, in 1961, and Dartmouth is looking for its League-leading 19th title and first since 2015.

With its recent win over Columbia, Yale claimed its 900th all-time victory. The Bulldogs are the third team in Division I history to accomplish the feat, joining Michigan and Notre Dame.

Unfinished business for Ramapo College Men’s Basketball Team in 2017-18 season
What is the proper punishment for UCLA’s freshman trio?