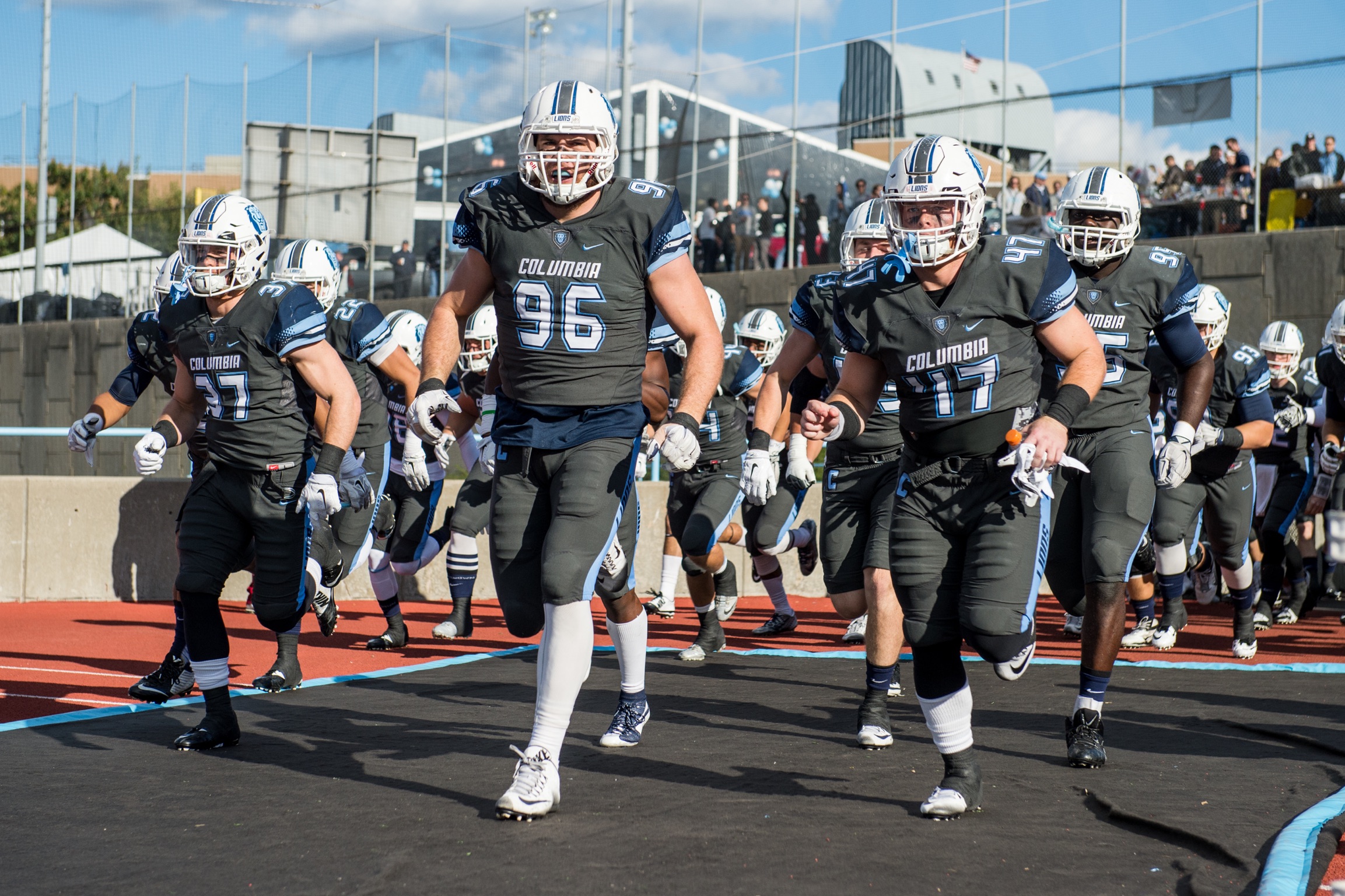 Columbia Moves To 2-0 After Win Over Georgetown At Home

Anders Hill threw for a career-high four touchdowns as Columbia defeated Georgetown 35-14 at Wien Field on Saturday. The win moved the Lions to 2-0 for the first time since 2006. The victory also ended the Lions’ two-game losing streak to Georgetown to regain the Lou Little Trophy.

“We did a lot of really good things,” Columbia head coach Al Bagnoli said. “We have to continue to grow and not allow ourselves to get comfortable. If we can do that and shore up some areas that we still need work on, we’ve got a chance to be a pretty good team. It was good to see that growth.”

The first quarter featured an up-tempo Georgetown offense drive down the field against Columbia. Even with the fast-paced beginning to the game, the Hoyas were unable to capitalize as Brad Hurst missed a 50-yard field goal to end the first Georgetown drive with no points. Columbia took the ball into Georgetown territory, but the Hoyas stopped the Lions’ second attempt at a fourth down conversion on the drive.

After a scoreless first quarter, Columbia’s offense awakened as Anders Hill threw three touchdown passes. Two of the touchdowns went to last week’s star Josh Wainwright, which both went for 11 yards, as Columbia went into the half with a 21-0 lead. The Lions’ offense was moving at a decidedly quicker pace than in their opener as Georgetown was unable to keep up. This week featured Columbia holding their opponent scoreless in the first half and a special teams turnover as the Lions recovered a fumbled punt.

While Columbia was in the driver’s seat last week against Wagner, the second half was where costly turnovers turned the tide of the game against the Lions. While Hill threw a couple of questionable passes in the second half, the Lions turned to their running game to wear down the Hoyas’ defense as they looked to put the game away.

After holding the Hoyas scoreless for the first three quarters, Columbia allowed a touchdown on a 56-yard reception by Brandon Williams from Clay Norris after Norris replaced Tim Barnes due to an injury. Norris also hit Michael Dereus for an 83-yard touchdown, but the Columbia had already built a big lead. The game was put out of reach after Josh Bean scored his second touchdown of the season on a two-yard run.

Hill finished with 158 yards passing while Josh Wainwright finished with nine catches for 74 yards. Ronald Smith II caught two touchdowns as well as he finished with seven receptions for 66 yards. Chris Schroder ran for career-high 93 yards, including several key runs to run the out the clock in the fourth quarter.

“We can still be a lot better,” Bagnoli said. “That’s what continually drives us—to get better—play-by-play, day-to-day, week-to-week. We’re not satisfied. We’ve got a tough game next week and we’ll start preparing for next week.”

What’s Next For Columbia

Columbia takes their 2-0 record on the road to start Ivy League play against the Princeton Tigers in New Jersey on Saturday, Sept. 30. Game time is for 12:30 p.m.