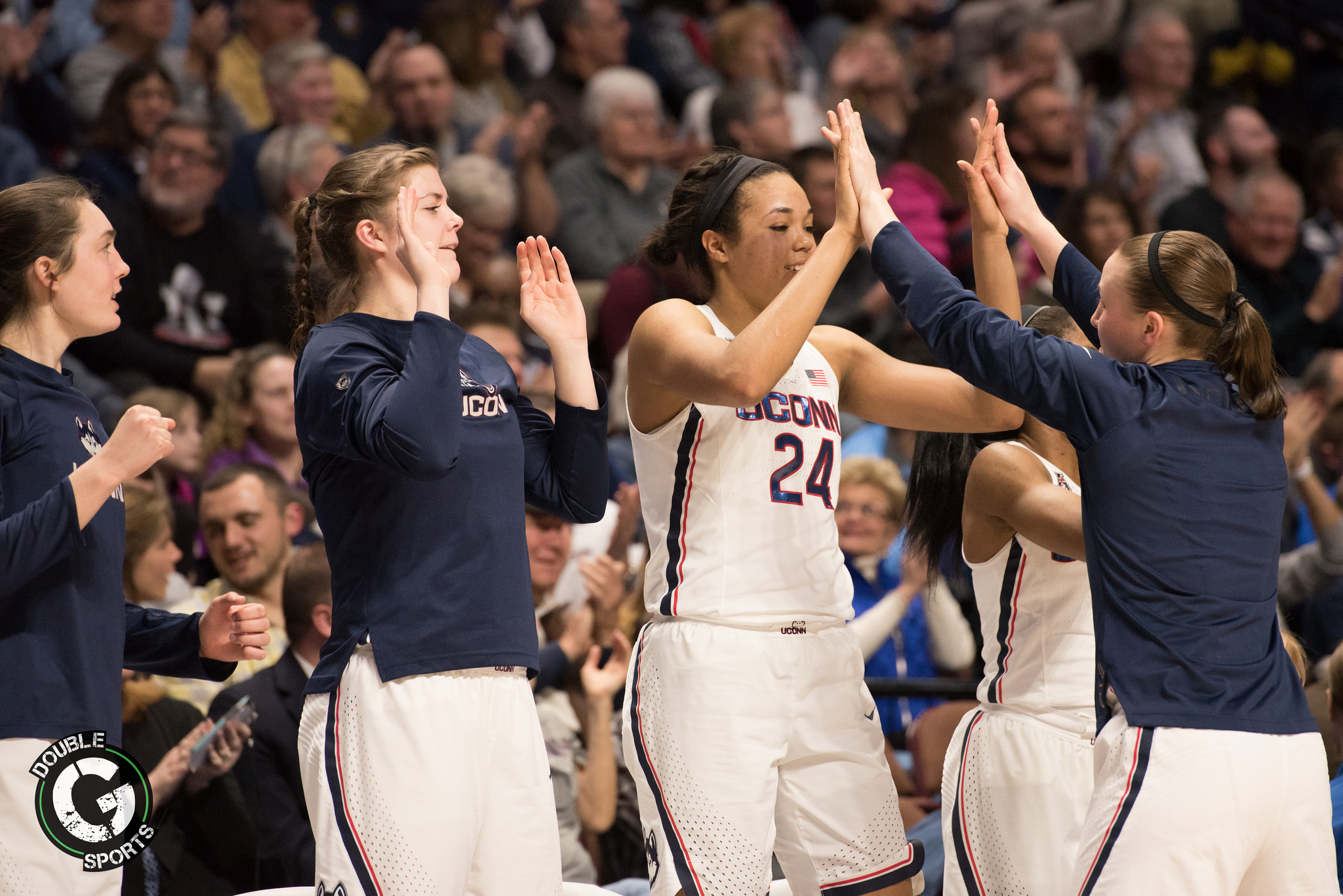 The Wade Trophy, in it’s 41st year, is the oldest and most prestigious national player of the year award in college women’s basketball. Today, the Women’s Basketball Coaches Association announced it’s Watch List for this years’ honor.

Seniors Gabby Williams and Kia Nurse, as well as juniors Katie Lou Samuelson and Napheesa Collier are on the list. All four players currently star for the University of Connecticut. No other school has more than two student-athletes represented on the list.

Williams and Collier are forwards for the Huskies while Nurse is a guard. Samuelson is a combo guard/forward.

Nurse and Samuelson lead the team in scoring, both averaging over 16 points per game early on this season. Collier is averaging 14 points and 7.3 rebounds per game. Williams is currently averaging 12.2 points and 8.5 rebounds, just under a double-double per game. Through six games, Nurse is shooting over 58% from behind the three-point arc.

As a team, the Huskies are averaging 86.5 points per game while holding opponents to an average of just 58.5.

The Huskies are currently 6-0 and ranked No. 1 in the nation. Their next contest is Sunday, Dec. 3 when they host No. 3 ranked Notre Dame.