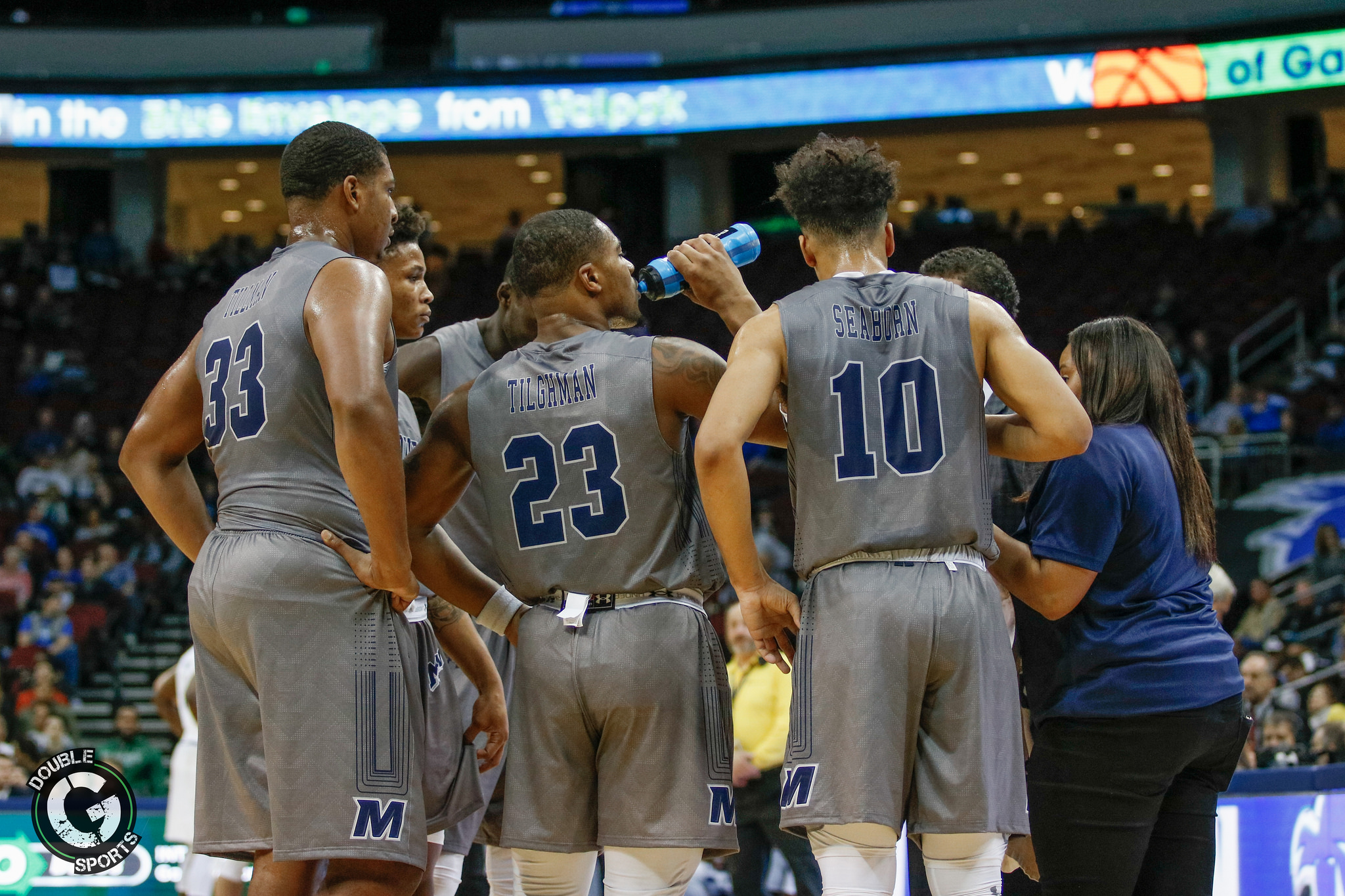 WEST LONG BRANCH – Just 48 hours after a quadruple-overtime loss to Penn, the Monmouth men’s basketball team was quick to turn the page with an 81-73 victory over previously unbeaten Albany at the OceanFirst Bank Center on Monday night.

Albany led for most of the game, but redshirt freshman Ray Salnave’s 3-pointer with just over four minutes to go gave Monmouth a 67-65 lead. Albany tied the game with a Devonte Campbell layup, but Monmouth closed the game on a 14-6 run to record its third win of the season.

Salnave finished with a career-high 18 points in 25 minutes, and his defensive effort in the second half shut down Albany, who entered halftime with a nine point lead.

“I used the last game as motivation to come out and fight harder for my guys,” Salnave said. “The defensive end is what helped me offensively tonight. I feel like all the energy I put in on defense, it’s fun when you shut somebody down that’s a major guy on the other team and when you come back down and take advantage of opportunities given to you on the offensive end, that’s what brings out the fun in the game. I feel like I had fun tonight, so it feels real good.”

It had been a rough week for Monmouth, who lost at nationally-ranked Virginia on Nov. 19 and at UNC Asheville three days later in addition to Penn. Albany showed signs late in the first half of this being another obstacle for the Hawks after a jumper by junior Diago Quinn gave Monmouth a 24-22 lead with 7:05 remaining in the first half, when the Great Danes took control and went on a 16-5 run to take a 38-29 halftime lead.

Monmouth scored 52 second half points as opposed to just 29 in the first half. They shot 55 percent from the floor in the second half and held Albany to just under 46 percent.

“When we bounce back like we did tonight, we played for each other and everything good for us happened in the second half,” Salnave said. “Their numbers went down in the second half because we took pride in stopping people and not letting them do what they do on a regular basis. They were undefeated coming into this game and those guys bullied us on the offensive glass. But when we limit them to a certain number of shots and we finish plays defensively, it worked out for us.”

Redshirt junior guard and unanimous Preseason All-MAAC First Team selection Micah Seaborn returned off the bench after missing the last two games with a knee injury. He had surgery for a torn left meniscus after last season, and he was limping in the first few games of the season, so King Rice shut him down after the game against Virginia. He scored 13 points, 3-for-3 from deep and 4-for-4 from the line, in 22 minutes.

“Micah’s a funny kid,” Monmouth Head Coach King Rice said. “He wanted to play last game and he made me come watch him workout earlier in the day. He had a test today in school and he drove to Philly when he was done to see a doctor. He didn’t go through any walkthroughs when he got back and told me that he wanted to play and I told him ‘not if Vanessa (Sweeney, Associate Director of Sports Medicine) doesn’t say you’re playing’ and she said he looks pretty good.

“I never wanted Micah to sit out, I just didn’t want him out there limping around. He’s made big progress, but he’s not at 100 percent. He doesn’t like to come out of the game, but he’s going to have to. I’m glad he came to play today.”

Monmouth will travel to Hartford, CT to take on UConn on Saturday, Dec. 2 at the XL Center for a 4 p.m. tip.