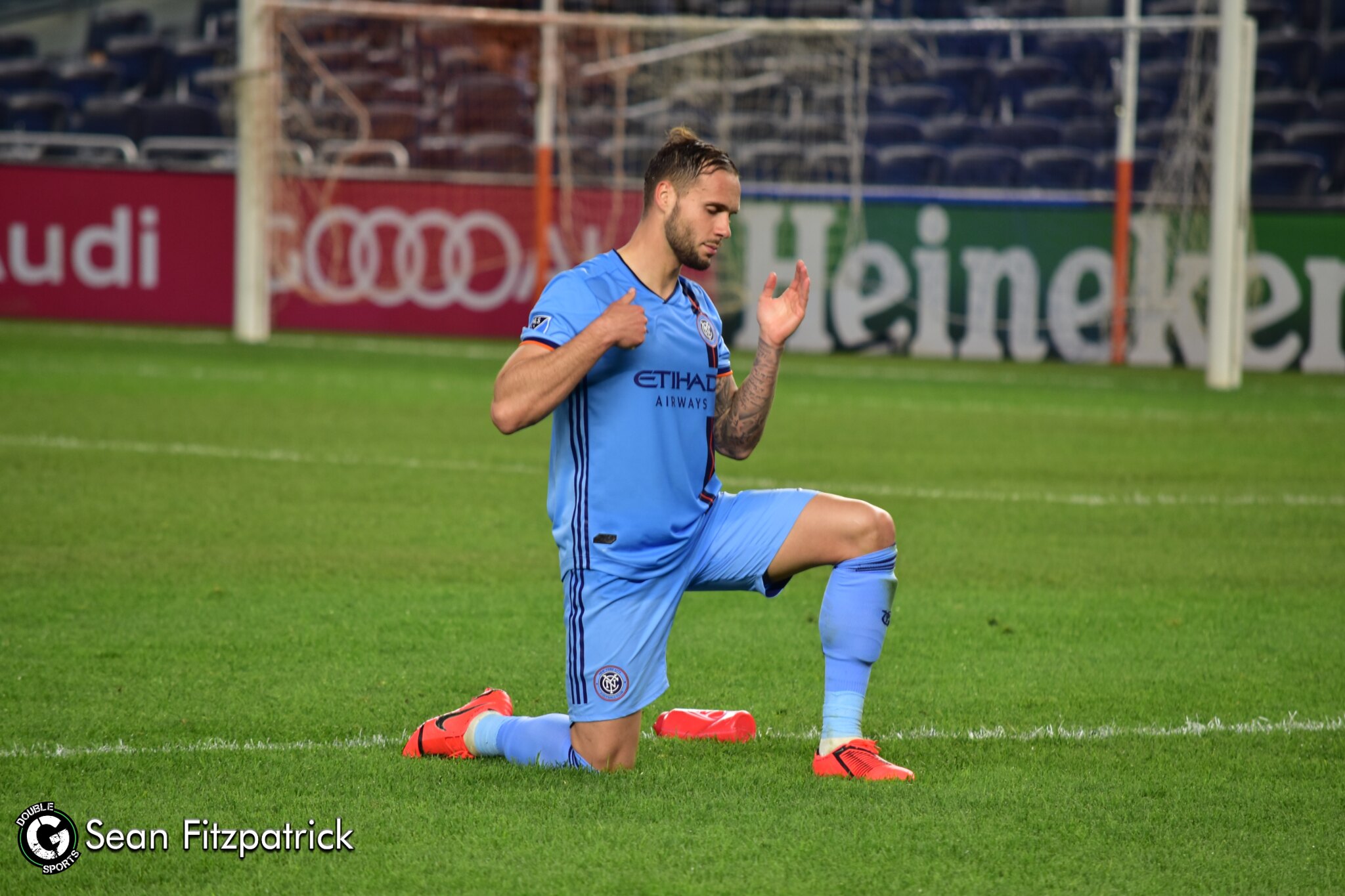 How is it to play football in a baseball stadium?

On a cloudy and windy Saturday, New York City Football Club failed to win at home inside Yankee Stadium. Orlando City scored early in the game at minute 18’ with a goal from the Portuguese player, Nani. Their second goal was disallowed by the officials after referring to VAR. The boys in blue tied the game at second half from their new inquisition Heber Araujo Dos Santos. The game ended in a tied 1-1.

The players commented on playing in a baseball stadium

Yankee Stadium welcomed the boys in blue and their opponent team, Orlando City. Players from both teams, Orlando City coach and supporters spoke on how different or not it is to play and watch a football (soccer) game in a stadium originally designed for baseball.

NYCFC player, Ben Sweat, gave a positive point of view of the field. “It’s not much of a difference, I think we played really well when at home,” Sweat said. “The field is smaller than normal football fields, but we use it to our advantage.”

According to Pro Soccer USA, Nani, the Orlando City player who opened the score on Saturday commented, “the pitch was dry. I was a little bit confused, the position of the pitch. But this is not an excuse, because we played with the ball.”

The coach of the Lions showed empathy to the opposite team. “You know, as the coach, if that’s the field you’ve got to play on every week,” Orlando City coach James O’Connor said. “You feel for him and the staff and for the players. It’s a difficult field for them to have to go and play on. A lot of people have expressed their view, and everyone knows the situation, but having experienced it, it’s definitely a difficult arena and a difficult field.”

The players are meant to play in any given circumstances, but the fans are asking for a stadium.

“It’s been like five years, so we definitely deserve a stadium,” Angie Reyes, NYCFC supporter said, “It’s like there are other teams that are brand new and they have a stadium. So, it’s not fair.”

The last time NYCFC supporters heard about getting a new stadium was at the end of last month, where Yankees president Randy Levine affirmed they were “in active negotiations to get a new stadium here in New York. We hope to have an announcement this year.”

For now, NYCFC players are focusing on winning as many points as they can on their next four away games, before they come back ‘home’ on June 6 to face FC Cincinnati.