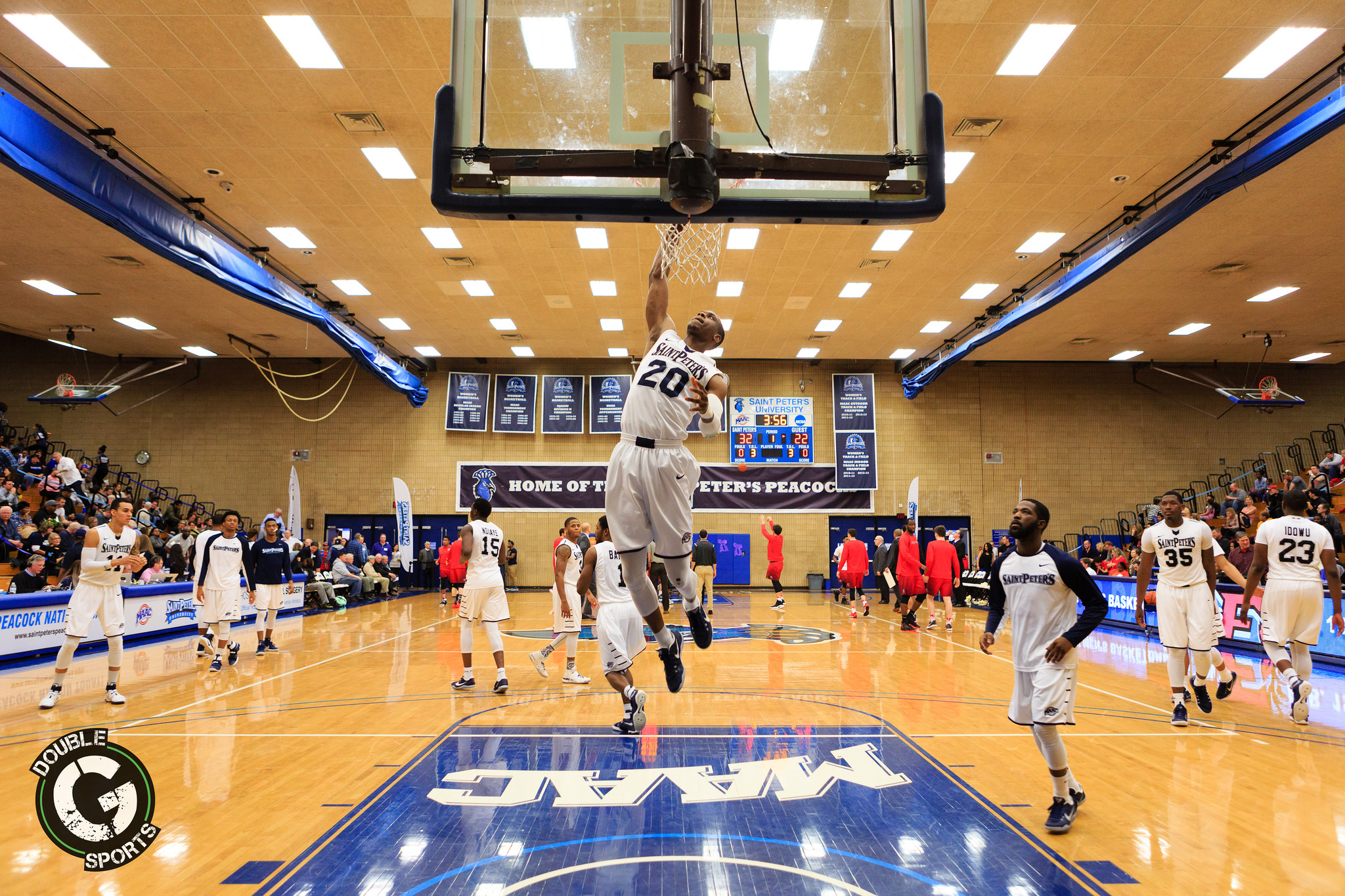 The Saint Peter’s Peacocks men’s basketball team will get home court advantage for the first time this season on Wednesday at 7pm against the Fairleigh Dickinson Knights in the Yanitelli Center.

SPU is just coming off of their first road victory of the season over Lafayette College on Sunday afternoon. Guard Nick Griffin set a new career-high with 37 points while guard Quinn Taylor marked his first career, and the Peacocks’ first of the season, double-double that helped lead to the 86-82 win.

The Knights currently top the Peacocks with a .500 record of 3-3; two out of three wins coming from non-Division I opponents: FDU-Florham and Kean. The team were edged 83-76 by Princeton on Sunday afternoon. Mike Holloway Jr. currently leads FDU with his 16.2 points per game.

After Saint Peter’s wrap up their first home game of the season, they will make way to North Carolina Saturday night to face Elon on December 2 at 7pm.