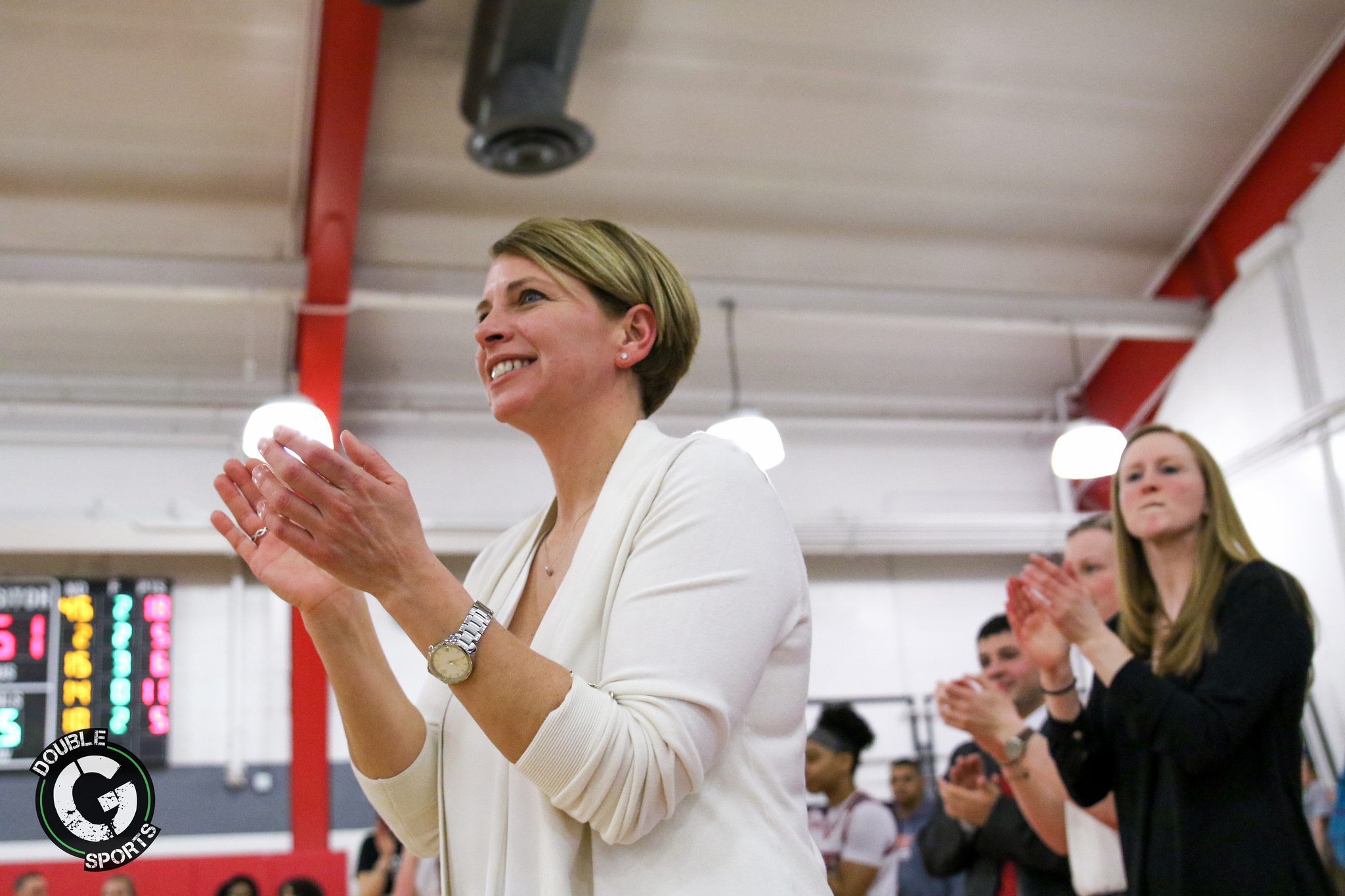 Entering her 12th season as the head coach of the Montclair State Women’s Basketball team, Head Coach Karin Harvey faces a challenge in duplicating the success the team enjoyed the past couple of years. Last year, the Red Hawks registered a 25-4 record including 16-2 in the NJAC (New Jersey Athletic Conference), went undefeated at the Panzer Athletic Center (17-0), defeated TCNJ (The College of New Jersey) in the NJAC Conference Tournament Championship Game and reaching the Sweet 16 of the NCAA Division III Tournament.

Leading that charge was the trio of Katie Sire, Katie Tobie and Taylor Harmon combining for 42 points per game and graduated this past year. In addition during their time the squad that won a 104 games, 57-5 at home, 64-8 in the NJAC regular season, won three NJAC Regular Season and Conference Tournament Titles, reached the Final Four and twice in the second round of the NCAA Division III Tournament. Montclair State is ranked 24th in the D3Hoops.co, Top 25 Pre-Season Poll and second in the NJAC Pre-Season Poll.

“We have graduated a lot of the core the last three years and are really young this year,” said Harvey. “I have one senior, two juniors, rest are underclassmen, and eight new players in the program. Last year we thought it would be tough and a rebuilding year and we made it to the Sweet 16 and lost to the eventual National Champion (Amherst College).”

“In many ways you think we overachieved but I don’t think we did because of all the hard work we put in. We have some pieces back in Dom (Dominique Wirsing), Alex (McKinnon), Taylor Brown and Kim Calloway. Some new players will have to step up on the court and compete right away. We are returning 18 points so we’re looking to distribute that scoring throughout the roster. Obviously Alex will play a big role and a big piece of it is our defense and focused on that and will help create some easy baskets.”

“I really like this new group and how quickly they are picking up things and how hard they are working. My expectation honestly is for us to work and get better every day. Not looking at the big picture too much and focusing on practice to practice. The best lesson is to keep working hard every day, learn the system and keep putting the time in and give everything you have to do it and good things will happen. The goal is to have these guys ready in February and playing good basketball. It’s definitely not a sprint but a marathon.”

“A tremendous honor to be chair of the NCAA Women’s Basketball Committee and appreciate the opportunity,” Harvey said. “My peers had the faith in me taking over for the legendary Bobbi Morgan. I’m going to work as hard as I can and it’s great for the program and university.”

“It’s hard to put into words and very grateful for my experience at Montclair and proud of the program we have built and a lot of people have been a part of it. My associate head coach Courtney Cunningham who has been with me all but one year and gets zero credit but has played a tremendous role in what we do. I have great administrators from the vice president to the president and support from the athletic department and athletic director Holly Gera who is one of the best in the business and provided continued support for everything we need in our program.”

“We’re constantly trying to do better for our student-athletes and provide a great experience on and off the court and most important to us. Trying to win championships but more importantly is the experience we provide our players and keep in the forefront of what we do.”

“Recruiting always a challenge and about establishing relationships and getting out there and seeing kids plays in different areas. What comes to mind is the student-athlete that fits our program and a lot of great players out there but not necessarily that fits our program and trying to find a kid that is a good person, student and athlete that loves the game of basketball and wants to come and be a part of something bigger than themselves. When we find these kids they do really well in our system.”

Montclair State opens up the 2018-19 regular season on Monday against Hunter College at the Panzer Athletic Center before heading to Drew University this weekend for the Drew Tip-Off Tournament. The Red Hawks open up NJAC conference play on Tuesday November 20that home versus William Paterson University.

Harvey on the regular season opener and playing at the Panzer Athletic Center, “Hunter won 18 games last year and returns all five starters and veteran team. No cupcakes on our schedule. It has been phenomenal and done really well at home and very comfortable in our gym. We have a great fan base, tons of parents’, students and faculty. We open up at home and then tested on the road a little bit. We have a pretty good home schedule the first semester that will help us.”