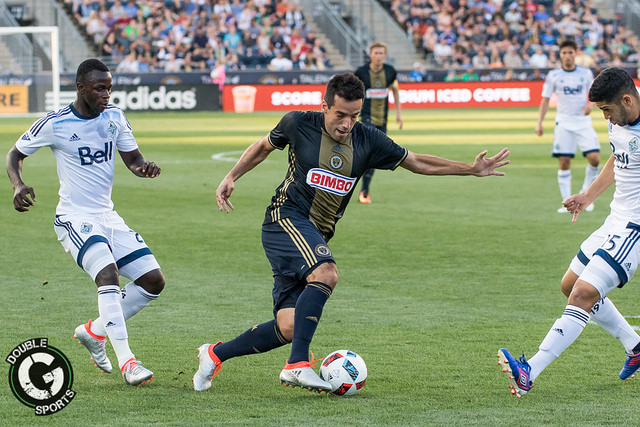 The Union started out playing promising soccer and having the better of the chances. The run of play followed and paid off for the Union as Richie Marquez got his first goal of the season. The Union’s lead didn’t take too long to dissipate as Darlington Nagbe dribbled through the middle of the park and equalized with a low driven shot into the corner.

It was quite the weird night for the Union. As halftime loomed the scoreline of 1-1 wasn’t quite indicative of the play on the field. The possession, the chances, and the players for the Union all looked to be the better between the two teams. There was a bit of optimism in the air as people chatted happily at halftime during a beautiful spring night in Chester. That optimism would be cruelly ripped away from the Union faithful as the game slowly crept towards the Timbers. Roy Miller capped off a Portland possession with a well placed header. Yes it was that Roy Miller, the New York Red Bulls scapegoat who was released from the team two years ago.

It only got worse for the Union as they tried to push for another goal. Jay Simpson came on to try to get the equalizer but it left the Union weak at the back. As the game went on the Timbers team were too good on the counterattack with the likes of Nagbe, Valeri, and Adi all contributing. After the Union couldn’t put countless attempts away, the Timbers broke in the 87th minute and Darren Mattocks was tripped by the Union keeper Blake for a penalty. Adi calmy tucked it away into the top netting to become the Timbers all time leading scorer.

In our run up to the game throughout the week we talked about the need to switch it up. Again Jim Curtin refused to be flexible and it cost the team dearly. On one hand MLS is notoriously kind to slow starting teams – to reference the Red Bulls again, they started last season winless in six and finished top of the east. On the other hand, Jim Curtin has to be called into question as his consistent tactics don’t match up to the best other teams have to offer. I won’t say he’s on the hot seat quite yet, but one or two more results like this and the temperature will rise.