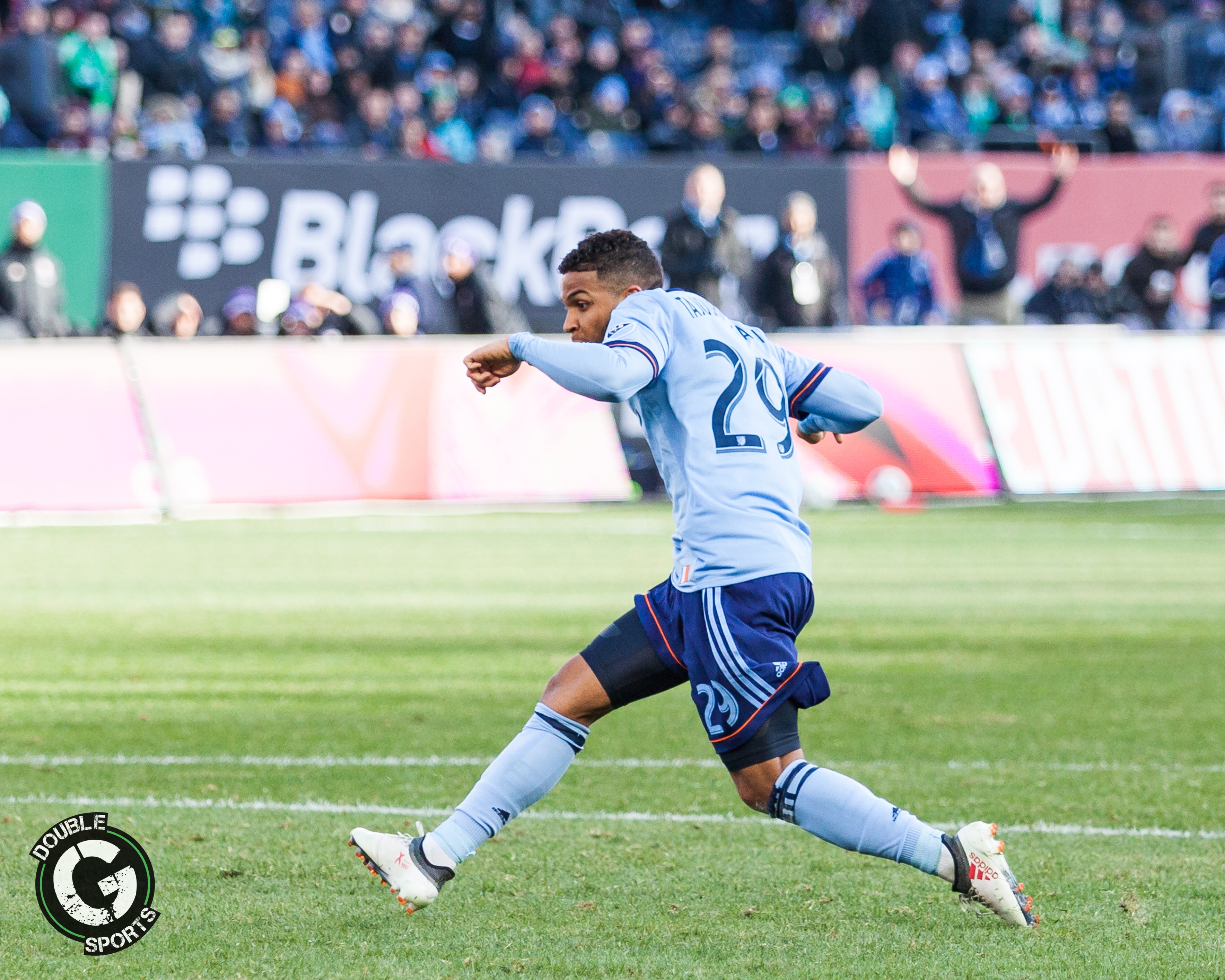 NYCFC returned to Yankee Stadium, still invictus and ready to face Real Salt Lake on Wednesday night. Within the first two minutes, they were already raising momentum when Anton Tinnerholm took a shot that landed on the right outside of the goal post

On the 3rd minute, Johnson deflected a shot by Real Salt Lake’s Luis Silva, and at the 7:28 mark, Jesus Medina went for a shot but it did not produce. Within the first ten minutes of the game, NYCFC were accelerating their momentum against Real Salt Lake City as several shots were attempted.

In the 12th minute, Ismael Tajouri-Shradi scored the first goal of  the match.

One goal didn’t slow NYCFC down, they kept going steady on their attack and Ronald Matarrita, almost brought in the second goal of the night but it hit the crossbar. On the 30’ Maximiliano Moralez scored on a penalty kick, and completed his fourth goal of the season, and the second of the night after suffering a foul by Real Salt Lake Captain KyleBeckerman.

Jo Inge Berget closed the first half of the match with a goal assisted by Medina, making it his first goal of the season and third of the night for NYCFC.

The second half didn’t bring any hope for Real Salt Lake as Alexander Ring and David Villa entered the field for the rest of the game. NYCFC continued attacking even with a comfortable score on the board, and on 70’ took a pass from Moralez and closed the show for the night, making it a score of 4-0, and notching his first goal of the season.

There were several firsts last night, but through the chilly night at the Bronx, what could be clearly seen on the field was the active chemistry and enjoyment the Boys in Blue were having on the field. Maybe that is what helps them remain undefeated, but what is for sure is that they do not seem like they will be bowing down anytime soon.

“I think we enjoy this win a little bit and we’ll get back to the training ground tomorrow and start working and preparing for Atlanta,” said NYCFC head coach Patrick Viera. “We’ll go over the game plan, the way we want to play, things we want to accomplish in Atlanta. I think we’ll have a clear understanding heading to Atlanta.”