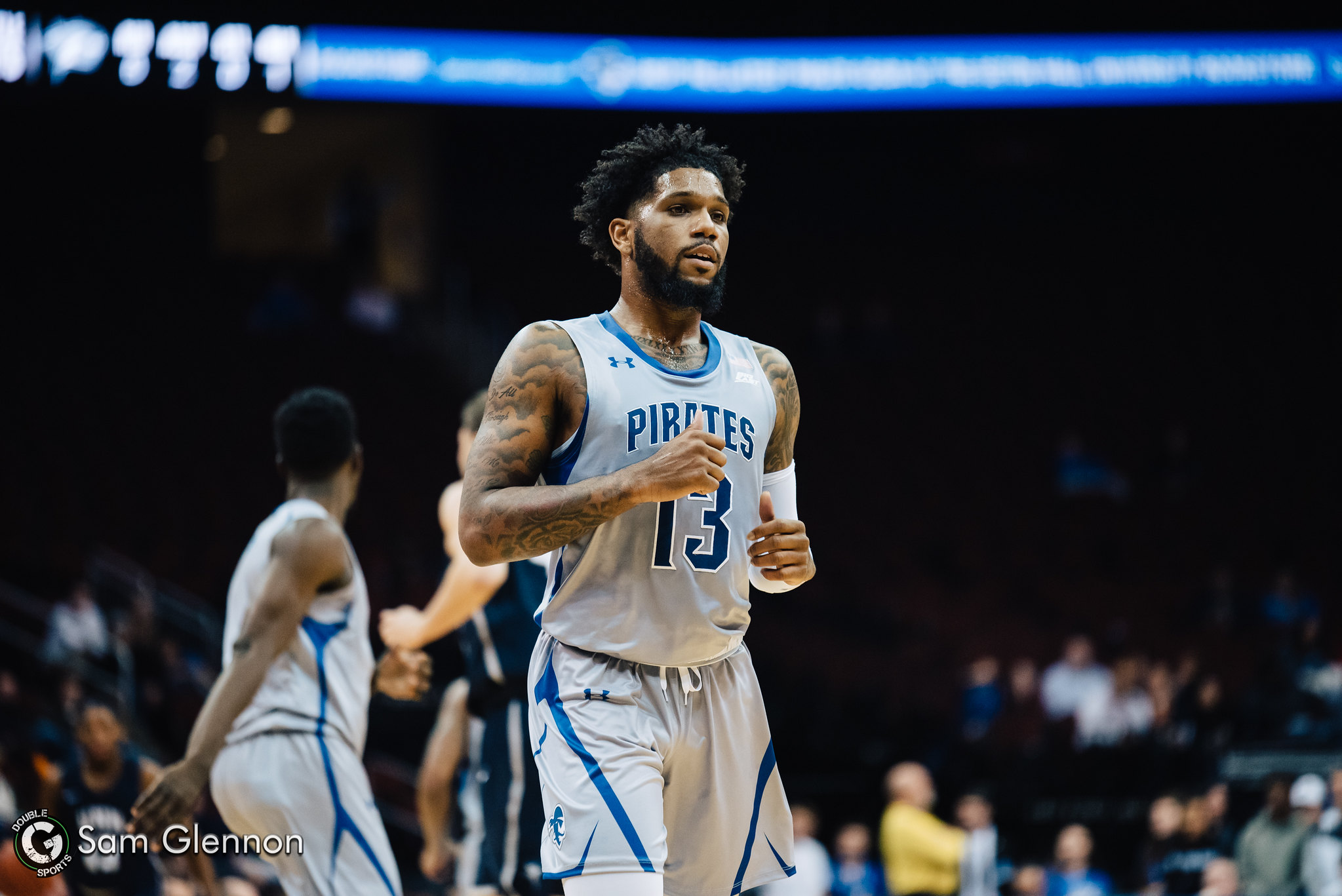 Myles Powell was named the Preseason Big East Player at the conference’s Media Day on Thursday.

On the eve of a new season, Seton Hall returns four starters from last season’s NCAA Tournament team, including leading scorer Myles Powell. Powell, who flirted with going to the NBA, comes back for his senior year as the Pirates look to make yet another postseason appearance.

At Big East Media Day, Seton Hall was well represented as Powell was voted Preseason Big East Player of the Year. The senior guard, who is also a 2020 Wooden Award candidate, averaged 23 points per game last season. Powell was named first-team All-BIG EAST and the 2019 Haggerty Award Metropolitan Player of the Year. Powell sits at number 12 on the school’s scoring list as he looks to add to his Seton Hall resume.

It was also announced that Seton Hall was picked as the preseason favorite in the Big East. This is the first time since 1992 and just the second time in school history the Pirates were selected to the top spot. The Pirates picked up five first-place votes and beat out Villanova by one to take the top spot. Seton Hall returns 88 percent of their scoring from last season’s squad as the conference coaches believe that the Pirates are one of the top teams in the Big East.

For Seton Hall, all eyes will be on them this season. These early accomplishments could be the start of a memorable season for the Pirates.