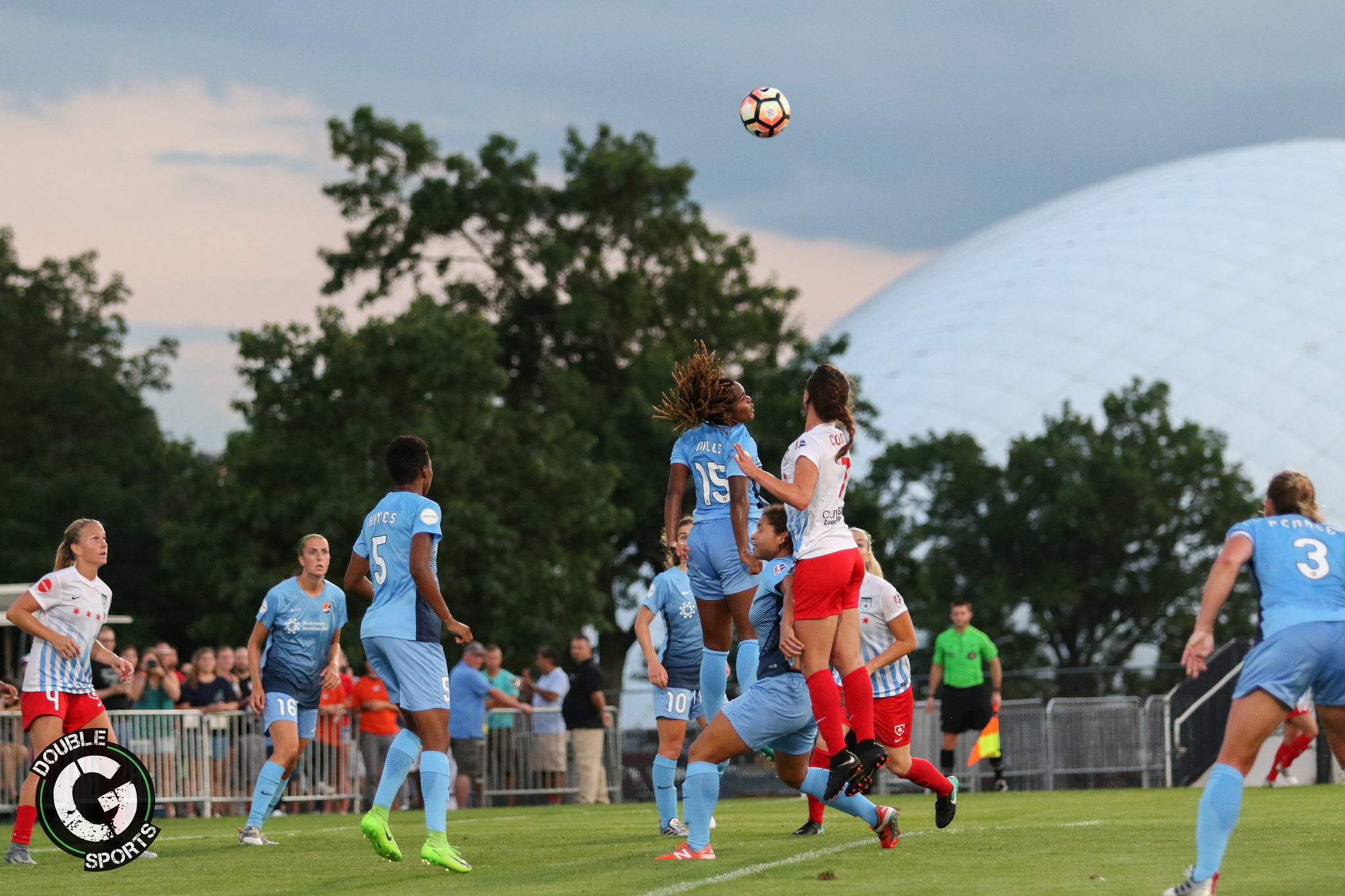 This match will mark only the 3rd game this season for Sky Blue. Chicago, however, will be playing their second game for week 4 and its 5th game overall this season.

Sky Blue’s young team has showed a solid base that was able to hold the NC Courage for the entire game during week 2, and unluckily received a goal during stoppage time.

Last weekend, other than the two penalty kicks conceded to Seattle Reign FC, one of which Megan Rapinoe was able to convert, the team was able to maintain possession and come up with good plays for the second half.

“We didn’t give up that many chances. Our best two chances were two penalties, which is unfortunate but it’s a good sign”, said Sky Blue’s head coach, Denise Reddy, “It is a work in progress”, she added.

The Sky Blue FC midfield continues to grow strong under the leadership of captain Carli Lloyd, Sarah Killion and Raquel Rodriguez. They are going to play an important role on the transitioning of the ball and pushing the team forward against Chicago. It is going to be key for players like Janine Beckie, Shea Groom and Mckenzie Meehan to connect with the midfield and be able to convert – if they want to come back to New Jersey with the three points.

On the other hand, the Chicago Red Stars come from winning their last two games against the Utah Royals and the Houston Dash. The last match against the Dash was just played this past Wednesday.

Sofia Huerta and Danielle Colaprico should be on Sky Blue’s high alert radar. The Red Stars’ duo have showed their chemistry and their goal scoring ability during their last two games. They will be dangerous. Nikki Stanton, a former Sky Blue FC player, also contributes to the midfield and knows the style of play of some of her former teammates. Sam Kerr, who also played for Sky Blue FC last season, will be out on international duty. Let’s not forget that USWNT and Chicago’s #1 goalkeeper, Alyssa Naeher will be defending the goal.

Both teams are going to leave it all on the field. Sky Blue needs the three points to regain confidence, while Chicago will try to maintain their momentum and fight for the points on their home field.

Although I had already made my prediction here, I am hoping Sky Blue can take at least a point home.