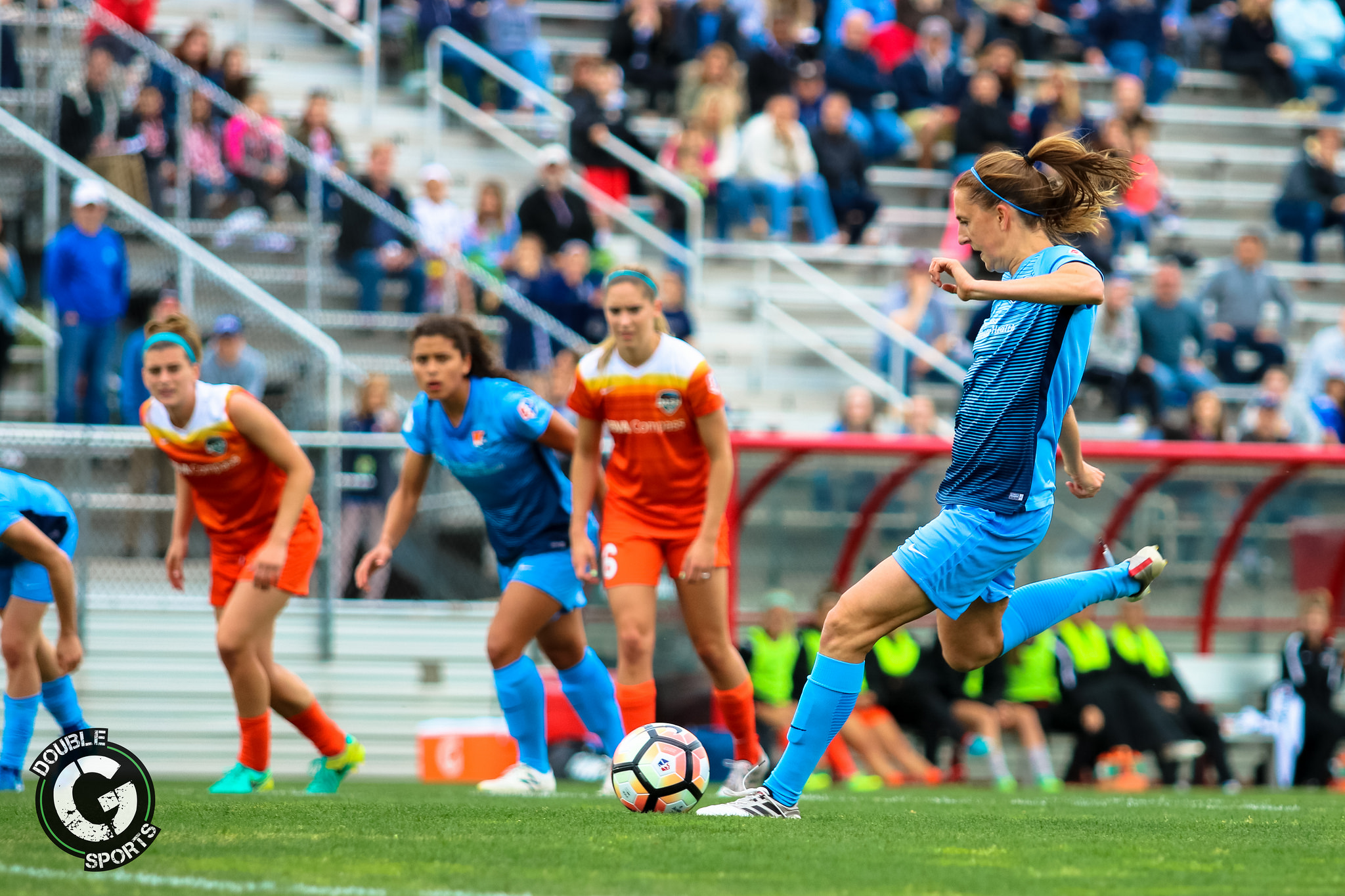 Fun and sun (we promise) this Saturday at Yurcak Field! 🌞

While Houston Dash is coming from losing their last three games, Sky Blue FC has showed what they are capable of. Although the Beez are last in the standings, right below the Dash, they have the disadvantage of less games played this season, compared to any other team in the league.

Sky Blue’s Savannah McCaskill first ever professional goal was a great motivation for the rookie during NWSL Week 4. I am sure we will be seeing a lot more of her in this game. There’s great potential between McCaskill, Raquel Rodriguez and Sarah Killion which would be interesting to watch. Carli Lloyd would be key for ball movement and transitioning to bring the team forward on the attacking side for SBFC.

Houston Dash is going to be a tough team to beat. They would not want to easily give up another three points – or 12 consecutive points if they lose against Sky Blue. Players like Kealia Ohai and Kyah Simon will give the Sky Blue defense a hard time. Kristie Mewis is a defender to watch. She helps a lot on transitioning the midfielders forward. We have also seen goalkeeper Jane Campbell’s reflexes in action.

This is a tough one, given the circumstances. I had already predicted a tie, and although Sky Blue desperately needs to win this (which I hope it does), Houston Dash will put up a fight.

The weather is going to be perfect in Piscataway, NJ. However, for those not going to Yurcak field, you can watch the match live on go90.