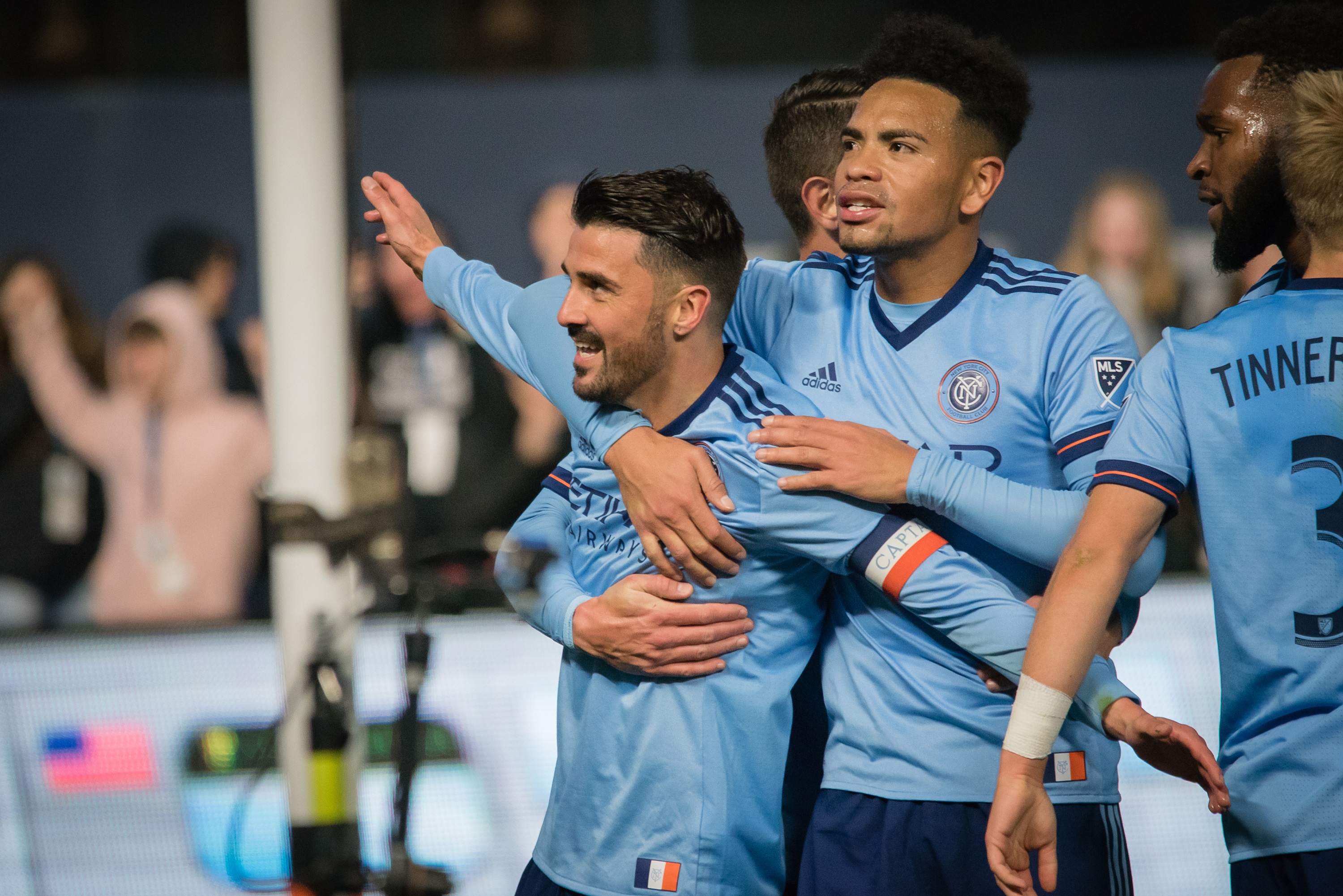 Sunday night, NYCFC had their one and only face-off of this season against the FC Dallas Toros at home, in Yankee stadium. The boys in blue not only ended the night with a victory, but also witnessed their teammate and captain David Villa complete a milestone as he scored the 400th goal of his career.

Jesus Medina started the night with a quick goal in the third minute of the match. The ball ping-ponged from Jo Inge Berget then it was stopped by Jimmy Maurer.

Villa stole it on the left side and it was returned to Anton Tinnerholm who passed it back to Villa in which he passed it to Berget, but Medina was there for the side-net goal.

Santiago Mosquera marked the first one for FC Dallas (3-1-3) in the 10th minute, with a swift pass from Maximiliano Urruti past goalkeeper Sean Johnson. Urruti stole it near midfield, cutback then tapped it with the outside of his foot to Mosquera, who took a dribble before side-netting the finish from the top of the box.

Villa, who was out for three games in March due to a quadriceps injury, completed the second goal in the 36th minute on a penalty kick which also was his 400th career goal and then scored once again in the 69th minute when he burst between Ziegler and Hedges to seal the score at 3-1.

After the game Villa stated, “I am little by little getting back to 100%. Today was great for me mentally and physically, the most important thing is the performance of the team.”

NYCFC is now at 20 points, one better than Atlanta and on top of the table of the Eastern Conference.

The NYCFC boys will be facing their rival NY Red Bulls on Saturday, and their next home game will be on May 19 when they will face the Colorado Rapids.