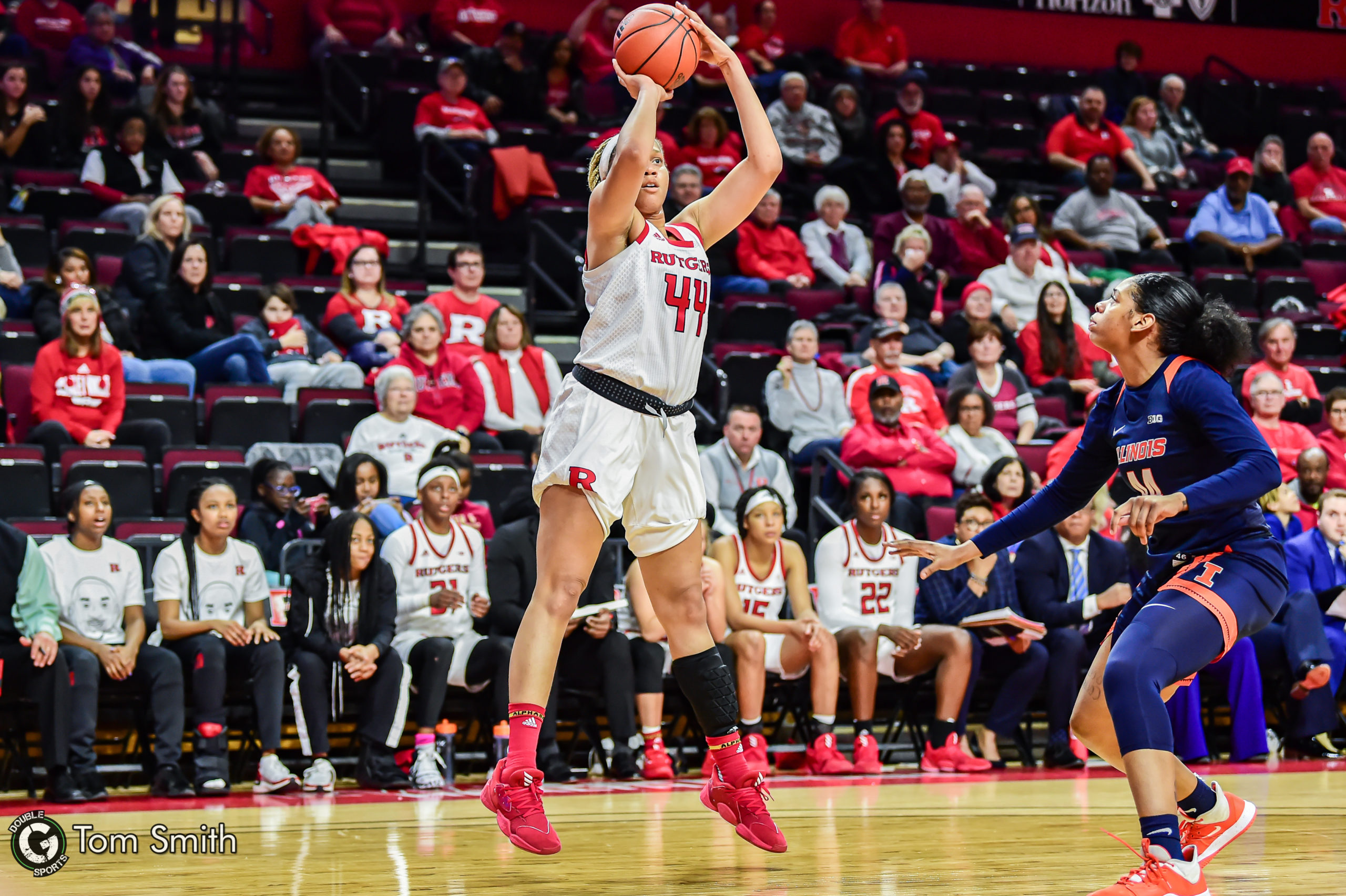 The Rutgers women’s basketball team bounced back in a big way on Thursday night, defeating the Illinois Fighting Illini, 72-41, at the Rutgers Athletic Center in Piscataway.

The Scarlet Knights (16-4) got back to their winning ways, dominating in the paint and stifling their opponents on the defensive end.

The Scarlet Knights have now swept the season series and improve to 7-1 all-time against the Fighting Illini. Additionally, Rutgers improves to 9-2 at home this season.

Arella Guirantes took charge once again for the Scarlet Knights. She tallied 20 points to go along with nine rebounds and four assists. In the two games against Illinois this season, Guirantes totaled 41 points, 17 rebounds, and 10 assists.

Guirantes was not the only Scarlet Knight to shine on Thursday night. Jordan Wallace added a double-double, tallying 14 points and 10 rebounds to go along with two assists.

Khadaizha Sanders was the third Scarlet Knight to score in double figures on Thursday night. She picked up 12 points, seven rebounds, and five assists to help lead Rutgers to the victory.

The Scarlet Knights now look forward to their next game on Sunday in which they’ll travel to Minnesota for a matchup with the Golden Gophers. The game will begin at 3 p.m. and will be nationally televised on ESPN2.